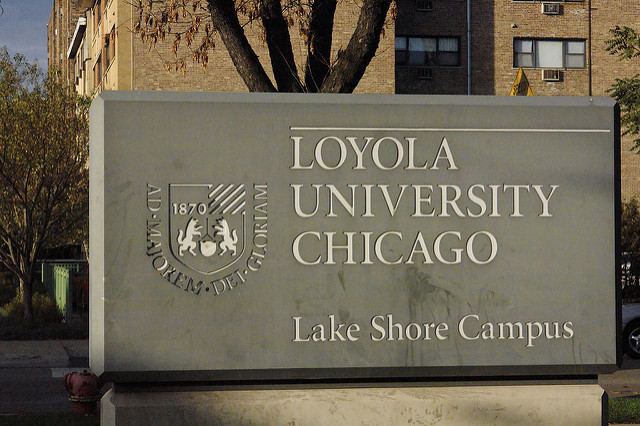 “You can’t stop a revolution!” shouted one student into a megaphone, as he looked out into a crowd of students, faculty and alumni at Loyola University Chicago’s campus.

“We are the revolution!” they responded, holding signs with words of solidarity with the students at Missouri University’s Campus.

On Friday, Nov. 13, hundreds gathered on the East and West Quads of Loyola’s campus in Rogers Park. The demonstration was one of many that took place on campuses across the country, all of which took place in response to the recent events at University of Missouri, where issues of racial injustice lead to the resignation of the university’s president, Tim Wolfe. 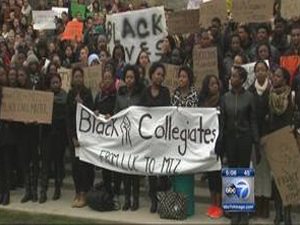 “Just because Tim Wolfe and the chancellor stepped down does not mean the fight is over with. There are still demands,” said Julian Marshall at the Nov. 13 demonstration. “Black and brown students are still terrorized, targeted and traumatized on campuses across this country, and today we stand against that.”

Marshall, who identifies as one of the key leaders in the demonstration, said in an interview with The Loyola Phoenix, Loyola’s student newspaper, that some of these demands included a request for the school to host recruitment events at high schools in predominantly people of color communities throughout Chicago by the 2016-2017 school year, as well as cultural sensitivity training in the University 101 classes by next academic year. They also asked for the construction of a building for the Black Cultural Center within the next six years.

They also demanded that the demonstration policy be overturned, a policy that limits students demonstration rights to certain places on campus and requires students to apply for demonstration approval at least 3 business days in advance.

Likely as part of the statement they were trying to make last Friday, the organizers, Loyola Black Voices, organized the demonstration without prior approval from the university.

Many of the reasons for this policy deal with student safety; however, the Nov. 13 protest went off without a problem. It remained orderly without an overly noticeable presence of the school’s campus safety officers. It was what many considered to be the university’s first visible display of student activism on Loyola’s campus in years.

“I am proud of our community’s response and the commitment to addressing issues of social justice,” said the email from the interim president. “Loyola welcomes students, faculty, staff, and visitors from different perspectives, identities, cultures, and backgrounds and celebrates the free exchange of ideas, which is at the heart of Jesuit education.”

The email promised that the concerns of the students would be addressed. And they were.

Administration responded to the students’ call to action within four days of the demonstration. The Phoenix reported that administration members met with student leaders on Nov. 16 to address the concerns of the students.

Students at Loyola attended the demonstration for all different reasons. For students such as Jade Brown, 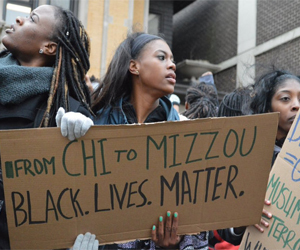 the desire to participate came from the hate speech she read on social media in the days after the events on Mizzou’s campus.

“It was heartbreaking to see what people were posting on Yik Yak,” Brown said. “I would have come out in support of Mizzou regardless, but what really drove me to come out was what’s going on on our campus and the hatred between students.”

For Mine Dafiaghor, the demonstration was a much needed step toward increasing dialogue about race.

He also said the demonstration validated what current and prospective students view as Loyola’s mission of social justice.

“[Loyola] is social justice in both name and action,” he said. “It’s for reasons like this that I came here.”

As of now, there is no update on the administration’s official response on the demonstration.

To that end, Melinda Bunnage, a member of Students for Worker Justice said that events such as this demonstration are a necessary step for social change.