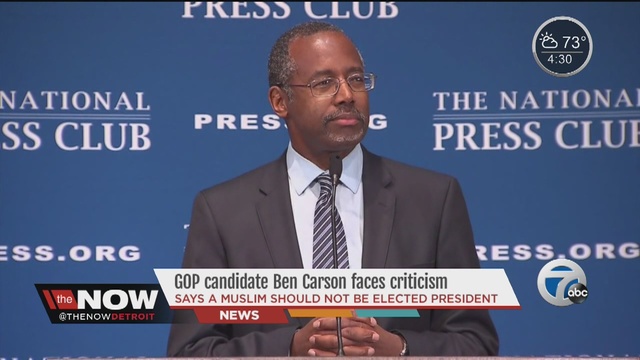 When Barak Obama was running for the office of president, pundits on the Republican side from Donald Trump to Rush Limbaugh made it a feature of their rhetoric against Obama to call him by his “Muslim name”  Hussein – thus Barak Hussein Obama. When the campaign against him started in 2008, New York Times columnist Kristof found that fully 13 percent of registered voters considered him a Muslim. By September 2008, those numbers had risen to 16 percent. Among the Republicans they were higher. A 2015 CNN poll found that 43 percent of Republicans currently believe that he is not a Christian, but is a Muslim. A further 20 percent believe that he was born outside of the United States. The number of those that believe the falsehood of the Birthers that Obama is a Muslim born in Kenya has grown. Donald Trump’s interest would be served if these rumors continue to spread since as the number of people who believe the lies about Obama increase, so do Trump’s poll numbers.

Obama’s detractors wanted to point out anything he did that was un-American – from going to a Muslim school to having Communist and Muslim friends and family. Obama’s father’s family is nominally Muslim, and Obama is a practicing Christian, but that is not enough reason for detractors to not refer to him as a Muslim.  Even when they referred to him as Barak Obama, they put the first name in air quotes. In 2008, Kristov saw the push to “otherize” Obama as a specific feature of their rhetoric was an attempt to claim Obama was other than American; he was a Kenyan-born secret Muslim. To detractors he was not born in the United States and thus was not a natural born citizen; thus he was illegible to run for president. For the most ardent detractors of Obama, the far right evangelistic Republicans (later renamed the Tea Party) he was an anti-Christ and even took the oath of office on a Qur’an.

The main supporter of the continuing focus on Obama’s Muslim foreign status is the current front runner in the Republican primary – Donald Trump. He was one of the people demanding that Obama produce a birth certificate showing that he was born in the United States. Currently a slight majority of the Republican Party believed Obama is a closet Muslim born in another country. Kristov gave McCain credit for not labelling Obama a Muslim or anti-American Socialist. He said Obama was a good family man and a Christian who held political and social ideas that he disagreed with. The current Republicans have not chosen the path of civil disagreement, but the path of stopping everything he tries to do legislatively.

The movement that grew around the demand for Obama to produce a birth certificate is now referred to as the Birther Movement and it has grown beyond Trump and a small following. Currently over half of Republican primary voters believe Trump’s claim against the president. Even when Obama produced a long form birth certificate, the Birthers claimed it was a forgery or not an actual birth certificate.

It was recently reported that Trump was called upon to refute Birther claims and he said he still does not know where Obama was born. Connected with this is the idea that Obama is a secret Muslim and does not hold American values. Initially, when Obama was proven to be Christian, the detractors said he followed a Black Nationalist, White American hating minister Reverend Jeremiah Wright at Chicago’s Trinity United Church of Christ. They also called him a Socialist, like detractors have also labelled Bernie Sanders. As a “Socialist” he was portrayed as a student of Weather Underground founder, Professor Bill Ayers, who currently teaches at the University of Chicago.

In 2007, CNN uncovered the truth about Obama’s early schooling. As far as the claims of his being Muslim, he did attend a public school in Indonesia. Since his step-father was a nominal Muslim, he was listed as an Indonesian Muslim on his registration forms. Several supporters of Hillary Clinton had found evidence that he had attended such a school when he was less than 10 years old during his mother’s marriage to a non-practicing Indonesian Muslim. This finding grew into the idea that he attended a fundamentalist madrassa.

When he became president, he appointed his former rival Hillary Clinton as his Secretary of State. An advisor to Ms. Clinton, Huma Abedin, continued to work on her staff. The new charge against Obama was that he had a Muslim Brotherhood member in the State Department. It did not matter how secular Huma was or that her husband was a non-Muslim – Obama now had been influenced by the Muslim Brotherhood and was paying them to be on his State Department staff.

Another fox-in-the-henhouse moment came when several Southern (mainly Republican, but some Democrats) began to push for legislation to outlaw Sharia law being implemented in the United States. At a recent rally, a Trump supporter called Muslims “a problem for America” and said that they wanted to enforce Sharia law upon everyone. Trump did not respond directly, but said that he would look into it when he was president. The more Trump looks like he is listening to these rumors of a Muslim in the White House, the more his poll numbers rise, so he did not give a real response.

The otherizing of Muslims as foreign infiltrators who are trying to change America goes even further at the hands of Republican Presidential candidate Dr. Ben Carson. The brain surgeon came out and said Muslims could not run for the presidential office because they hold foreign allegiances and that Sharia was against American values. He later backtracked slightly and said a Muslim could run for the office if they rejected everything in Islam that stood in contradiction to American values. This goes against the standards of running for the highest office of the land – in the Constitution there is a clause against establishment of a national religion and against a religious test to run for office.

In Edward Said’s book  Covering Islam, he saw that Islam had been presented as “Other” for most of the Middle Ages. Even though in Islam Muhammad is a prophet and not worshipped as a God, Christians called him a false prophet of a moon-God, using the star and crescent to represent Islam. This foreign faith, with its strange God Allah, was the enemy of a free Christian Europe. Carson is reviving this Medieval view of Islam in present day America.

Another image of Muslims that has continued from the Middle Ages is that of the assassin. The word derives from the Arabic hashishun (hash eaters). They were an extreme Shia Ismaili sect that spread by terrorizing other Muslims and rulers of non-Muslim states. This idea is repeated today in the presentation of Muslims as people who have an agenda of spreading Islam and Sharia law by the sword. Another stereotype from that period is that Islam is an inherently violent and irrational religion brought from the Bedouin culture to the rest of the world. In this view, Muslims seek to conquer and destroy all that stands in the way of implementing Sharia – a set of laws that, in the view of some Christian fundamentalists and conservative politicians, is medieval and discriminates against women, minorities, and people who do not accept the moral standards of Islam. These charges are the ones that Dr. Carson uses to claim that a Muslim cannot be president of the United States. These are a continuation of the same extreme tactics from 2008 that the Republican Right used to attack the first black president of the United States – who is not a Muslim, nor a Socialist, and was born in the state of Hawaii. The great majority of the people in America rejected those tactics seven years ago. From the flack both Trump and Carson received for their anti-Muslim comments this year, there is no reason to think that their un-American, extremist views won’t be rejected again.