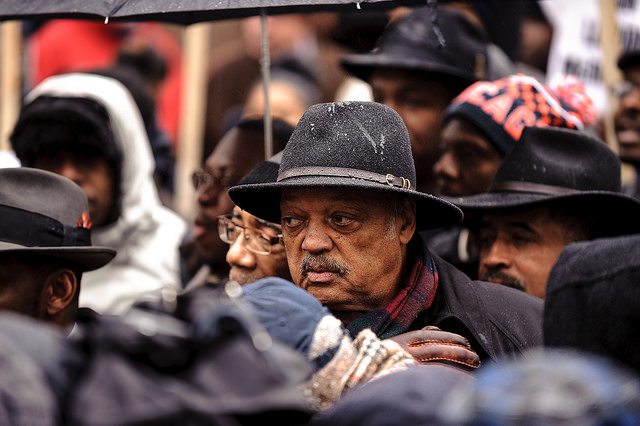 A year and one month ago 17 year old Laquan McDonald was murdered (shot 16 times) by Chicago police officer, Craig Van Dyke.  A police car dashboard camera video-recorded the shooting. After Chicago city officials saw the video they decided to give the McDonald family $5 million before a lawsuit was even filed.  The video recording has been viewed by McDonald’s family and the attorneys on all sides. The video reportedly shows Laquan McDonald walking away from Van Dyke when he was shot, and the shooting continued even after he fell to the ground.  All agree that it is graphic and quite disturbing.  Some would justify keeping the recording under wraps because its release might cause civil unrest.  The Chicago Alliance Against Racist and Political Repression (CAARPR) would suggest that this is precisely what is needed – non-violent civil unrest – to stop police crimes and bring police criminals to justice.  It appears that this is the only thing that can bring even a chance of justice.

Mayor Rahm Emanuel, the chief executive of this City, is sworn to “support the Constitution of the United States.”   He violated that oath when he opposed the release of this recording of the murder of McDonald by a Chicago Police officer.  His statement that the release might impede the on-going investigation rings hollow.  How long does it take to arrest a murderer whose crime is video recorded by the police?  The mayor is simply excusing the denial of justice.   Even more disturbing is the fact that this Mayor is spending millions to cover up police crimes while trying to satisfy McDonald’s family and other families of police murder victims by paying them millions too.

This administration and the City officials are dedicated to covering up police crimes and corruption and have abandoned altogether the pursuit of justice when it comes to Black and Brown people being murdered by the police.

A number of news media have contacted CAARPR about this case. In fact I have never talked to so many media folk about a single case. They want to know how we stand on releasing the video since it may cause a violent uprising.

We are not organizing a violent uprising. The City officials and the Mayor are doing that because they keep rationalizing and justifying the police murdering people. And they know what they are doing. That is why the Chicago Police Department (CPD) is currently gearing up for a “riot” because they know the Mayor and his appointed Police Board have no intentions of bringing Officer Van Dyke to justice. In fact he hasn’t even been suspended. He has a desk job with the CPD at full salary.

The video will be released in a few days. Chief McCarthy has been going around the neighborhoods assuring small business owners that he will protect them if civil unrest erupts into violence. Our movement will continue to organize peaceful, non-violent protests demanding that Officer Van Dyke be prosecuted to the fullest extent of the law, that Dante Servin be fired and federally prosecuted and that the video-recordings of the murder of Ronald “Ronnieman” Johnson be released. We will also continue to mobilize and organize for December 10, 2015, International Human Rights Day, when we will protest and demonstrate at the Federal Building against the U. S. Department of Justice (DOJ) and demand that the U. S. Attorney enforce the law in Chicago.

The DOJ has been investigating the police murder of Flint Farmer for five years and we haven’t heard a whisper.  They continue to stand mute on the torture of Black and Brown people here in Chicago. They have not closed the torture site at Homan Square that has reputedly detained and tortured thousands. If they don’t want us outraged and angry then they need to prosecute and jail these killer cops and those cops who torture people.

Let us take the righteous anger of the people and channel it into building the most powerful, militant grass roots movement Chicago and this nation has ever seen for an all elected all Civilian Police Accountability Council.  CAARPR has proposed just such an ordinance implementing this demand.  It can be viewed by all here.

Chicago’s Plan for Police Reform is Clear: There Will Be None