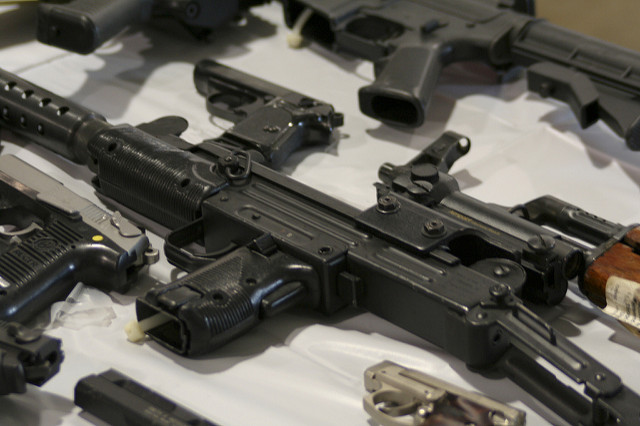 Gun violence in Chicago has become a disturbing pattern of normalcy. Quite often there is breaking news about another shooting, another person wounded or another person dead. Just today Chicago Tribune published an article with the title as “Weekend toll: 4 dead, 24 wounded in shootings in Chicago.” The Chicago Tribune also provided the reader with statistics saying “The weekend toll brings the number of people shot in Chicago so far this year to nearly 2,800, about 440 more than this time last year.” The shootings happened between Friday and Monday. This can no longer be acknowledged as just a shooting, this is bloodshed, and something needs to be done to take the issue of gun violence not just in Chicago, but in our nation seriously.

According to the Brady Campaign, which is a group that advocates for gun control, in one year, an average of “Over 108,000 (108,476) people in America are shot in murders, assaults, suicides & suicide attempts, unintentional shootings, or by police intervention.” There are also the massacres that have occurred in the past due to gun violence, such as the Charleston shooting at Emanuel African Methodist Episcopal Church, and the Connecticut shooting at Sandy Hook Elementary School. During his term, President Barack Obama has made many addresses to the nation after a massacre or shooting. ABC7 news stated how “Over the past several years, Obama has traveled to Aurora, Colorado; Tucson, Arizona; Charleston, South Carolina, and many other cities to mourn victims of gun violence.” However, it was not just about offering his condolences to the communities that were affected by these atrocities. Obama has been trying to push for better gun laws, and gun control. AB7 news also said that “The White House’s failed push for gun control legislation after the 2012 Newtown, Connecticut, shooting – in which 20 children and six adults were killed at an elementary school – deeply frustrated Obama. With little change in Washington’s political dynamic, he hasn’t made a concerted effort to renew the gun control effort. He said he cannot do it by himself.” 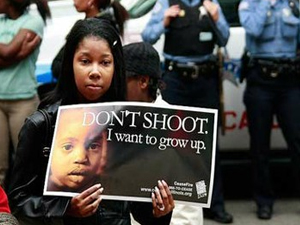 As reported by CNN Politics Democrats and Republicans do not have similar conclusions on how to bring stricter gun control in the U.S. “Democrats want to close what they say is a loophole in the law that doesn’t require background checks for guns sold over the Internet or at gun shows. They also want to prevent a gun buyer from obtaining the weapon until after a background check is completed. They would do that by eliminating a provision that allows a gun purchase to go forward if the background check is not completed after three days.” While Democrats have a specific agenda on gun control, CNN Politics say “Republicans are wary of passing new gun laws but they want to do more to care for the mentally ill, who are responsible for many of the attacks.” Congress plays a big role in gun legislation, although Obama has tried to push for better gun laws congress does not back him up. The Washington Post previously published an article about how Obama was trying to “…overhaul the nation’s gun laws”, after the Newton shooting. However when Obama proposed his idea “One by one, the Senate blocked or defeated proposals that would ban certain military-style assault rifles and limit the size of ammunition magazines. But the biggest setback for the White House was the defeat of a measure to expand background checks to most gun sales.”

Chicago is known for deep dish pizza, baseball, and the increasing numbers of deaths due to gun violence. According to the Atlantic, “The city has endured 2,300 shootings so far this year—an average of more than eight per day and 400 more shootings than at this point last year. And, America’s third-largest city continues to contend with a 21 percent increase in homicides. On Monday evening, an 11-month-old boy was wounded in a south-side shooting that also killed his pregnant mother and his grandmother. In a second, two generations of that child’s family were wiped out.” Sadly enough, these shootings taking place in Chicago are not occasional happenings, but routinely. Many young children, and youth are exposed to the violence on their streets often resulting in trauma. Amnesty USA stated “[Y]outh exposed to high levels of violence often become the victims or perpetrators of violence, exhibiting the same psychological trauma as children growing up in urban war zones.” Amnesty also stated “From 2008-2012, almost half of Chicago’s 2,389 homicide victims were killed before their 25th birthdays.” The statistics are clear, guns are killing people, and more must be done to stop people from dying. This should not become a normalcy. 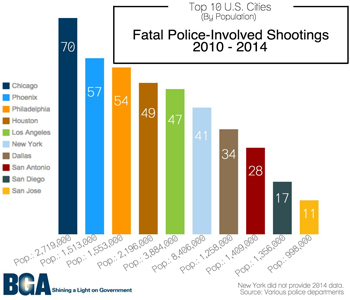 In Chicago, Mayor Rahm Emanuel has been put under the microscope for not doing enough to prevent gun violence.  Just a few weeks ago, a dash cam video of a Chicago police officer, Jason Van Dyke shooting 17 year old, Laquan McDonald 16 times was released to the public. Emanuel was under much scrutiny for hiding the tape which would have been crucial evidence to charge Van Dyke for murder. The city has charged Van Dyke for first degree-murder, and Emanuel has fired Superintendent of the Chicago Police Department, Gary McCarthy after the public’s outcry demanding his resignation. Now the public is insisting Emanuel, as well as Cook County State Attorney, Anita Alvarez to resign for the cover-up of McDonald’s murder. Just a few months ago, in an interview with The Chicago Tribune, former superintendent McCarthy said that he “…blamed lax state gun laws and lenient penalties for illegal gun carriers as one of the main frustrations in trying to reduce violence in Chicago.” However, those are not the only reasons to the rise in violence. The Tribune later stated, “Experts have long linked crime in Chicago to its history of entrenched segregation, which has left generations of families mired in poverty and hopelessness.” The Chicago Reader, expressed that “…segregation had barely diminished in Chicago in the preceding 40 years. In 1970, most of the city’s black residents lived in two vast ghettos—one on the south side, the other on the west side. They still did in 2011. And they still do today.” Gun violence in Chicago is not just an issue of creating better gun laws, but this is a larger issue of segregation, poverty, and crime. Some groups, like the Chicago Alliance Against Racist and Political Repression (CAARPR), are also pressing for community control of the police which if implemented would encourage more cooperation between the community and the police department. Such cooperation would also help reduce these shootings.

One of the most pressing issues the nation is facing today is the issue of police brutality. “At least 1,083 Americans have been killed by police since August 9, 2014, according to comprehensive research and data collected by VICE News — an average of nearly three people a day.” In Chicago, the Better Government Association’s findings concluded that “Chicago police shot 240 people from 2010 through 2014, or an average about one per week, according to interviews and records.” The violence, and misuse of guns by police has been an ongoing issue in Chicago, as well as across the nation.

Gun violence is clearly an ever growing problem that requires not only more stringent gun laws which have only been blocked at every turn, but also fundamental changes to community policing and to the segregation of minorities in poor and crime-ridden neighborhoods. These are not just statistics and numbers—these are lives that are being taken. The City of Chicago has the responsibility to do much more to end gun violence in communities and the U.S. Government must do more to strengthen gun laws for the safety of all the people.