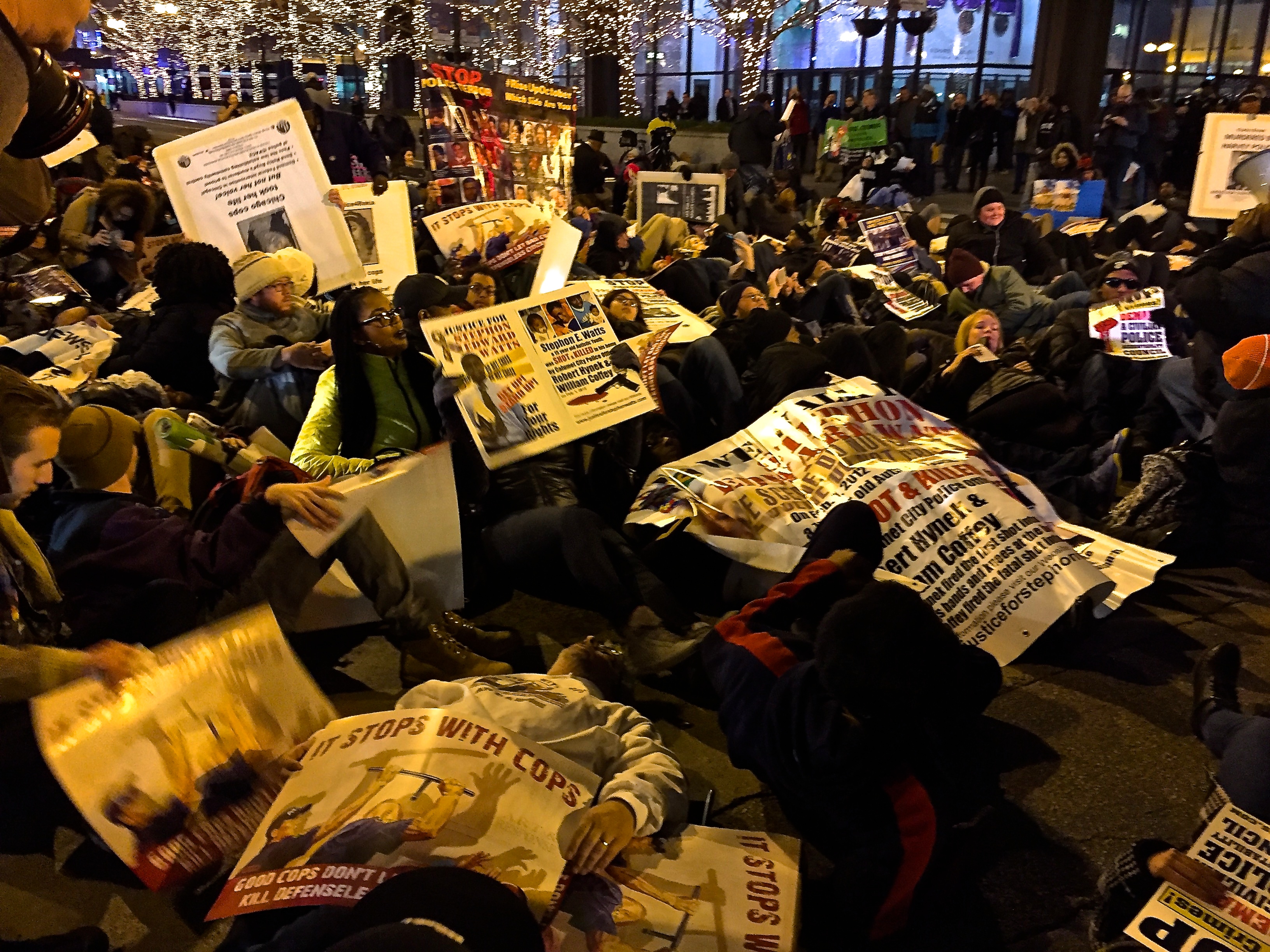 Facebook
Twitter
Pinterest
WhatsApp
Email
Print
A Rev. Marshall Hatch from Chicago was just on CNN news saying we have a problem of confidence regarding how our communities are policed.

But not one word uttered about the fact that we as activists and fighters for justice and freedom have a responsibility to organize and mobilize the people to stand up and fight back. Not even a thought about advancing the demands of our movement for justice and community control of the police. Not the slightest reference to the fact that thousands have been in the streets making these demands by way of  demonstrations, marches, shutting down streets in the central business district and boycotting businesses.

The crisis we have in this city can, in my opinion, be precisely described in the words of Antonio Gramsi: “…the old is dying and the  new cannot be born….” The old rotten system of excusing and justifying police crimes is dying but still caught up in the death  throes of police violence. A new system of police accountability cannot be born unless it is rooted in the democratic rights of the people to control the police. How can this be achieved? By establishing an all elected Civilian Police Accountability Council (CPAC). The old is always pregnant with the new and the new is always born in struggle. Fight back with CPAC!