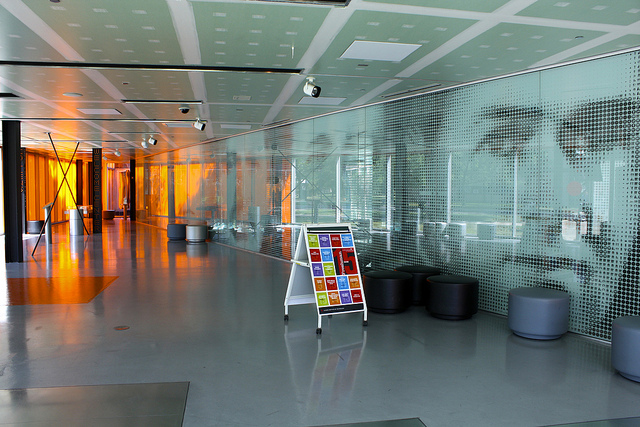 Facebook
Twitter
Pinterest
WhatsApp
Email
Print
As the Syrian conflict rages into its fifth year, some of Syria’s most at-risk students find refuge and success at Illinois colleges and universities. In the eyes of students reaching Illinois not as asylum seekers but scholars, the guarantee of a safe passage to complete degrees has inspired the hope to one day rebuild a post-conflict Syria.

Four Illinois universities and colleges are part of a consortium of 57 worldwide colleges and universities providing direct aid to Syrian students through full and partial scholarships. Such efforts aim to stem a lost generation without access to opportunities and higher education, which researchers warn is susceptible to radicalization and becoming marginalized from Syria’s eventual rebuilding efforts.  While not a top priority for intervening armies and governments, leaders at the Institute for International Education (IIE) believe a cut off from higher education can easily destroy the next generation of Syria’s leadership.

Some, such as Majed Abdulsamad, an Illinois Institute of Technology (IIT) scholarship recipient, believe that beyond providing safe academic environments, the scholarships have already saved lives.

After suffering an attack and hospitalization for his participation in student protests at Damascus University in 2011, Abdulsamad felt a silent push for him to leave the university when he was no longer able score grades or acquire his academic transcripts. In line to be the sixteenth architect in his family, being no longer enrolled in school meant eligibility for induction into the national army as the country fell into civil war.

“I can say today that I am alive because of my scholarship to IIT. I made it out of Syria, but my future could have been to drop out of school and get sucked up into the fighting,” he said, insisting his life was saved by the opportunity.

Abdulsamad hasn’t abandoned hope of ever returning to his home country—he still incorporates Syrian models into urban design projects, hoping one day to return and implement them in reconstruction efforts. “We will need Syrian architects and urban designers who understand our people and history to rebuild the country after the war, “ he said.

Students, like many Syrians, face the daily violence of a civil war which has claimed over 200,000 lives and 11 million displaced, including 4.6 million who have fled to neighboring countries or Europe according to U.N. figures. Mortar and bombings have occurred at universities in Damascus, Aleppo and Homs, including the January 2013 Aleppo University bombing where 82 people were reported killed. Many students are unable to attend classes and complete their degrees due to ongoing violence and campus disruptions, while even more lack access to universities in neighboring countries.

The IIE and UC Davis research estimate that as many as 200,000 Syrian youth are currently displaced from higher education in countries surrounding Syria, where less than 10 percent have resumed studies in surrounding countries. Few resources and coordinated programs exist to assist Syrian students at the college and university level within or outside Syria, according to IIE and UC Davis research.

A particular challenge has been the inclusion of women, once close in parity to male students. In Turkey, home to 2.5 million Syrian refugees, less than 1 percent of Syrian women refugees are enrolled in higher education, according to UC Davis and IIE research. Researchers believe these youth were Syria’s future doctors, lawyers, teachers, nurses and civil servants, but now make up a growing lost generation of displaced youth.

The consortium scholarship program created in 2012 by IIT and two international education nonprofits, Jusoor and the IIE, now has 46 U.S. academic partners who affirm Syrian students’ access to education as a social good and human right. Illinois schools such as the IIT, Monmouth College, Illinois State University and DePaul University have brought more than 44 students to Illinois through consortium scholarships. With support from the U.S. Department of State’s EducationUSA network, the consortium aims to reach conflict-affected students who aspire to one day return and rebuild Syria.

Dr. Allan Goodman, President of the IIE, credits the compassion and exemplary values of American higher education for the wiliness of U.S. schools to fund scholarships during the world’s worst refugee crisis since WWII.

He warns that large swaths of Syrian youth unable to access higher education could find lure in radicalization. “It will be catastrophic to have a portion of this capable and able young generation cut off from the opportunity to eventually rebuild their country play into the hands of groups like ISIS,” said Dr. Goodman.

Dr. Keith David Watenpaugh, Associate Professor and Director of the UC Davis Human Rights Initiative, believes the flight of so many young people lacking educational opportunities means Syria will be bereft of a Western-oriented, secular elite that could help rebuild the country and turn it away from violence and extremism.

Dr. Watenpaugh encourages increased international funding for scholarships at a regional level in Lebanon, Turkey and Jordan, which hold the bulk of displaced refugee students, as well as at U.S. universities to combat the problem.

“International funding for higher education is the necessary step in making certain that those who need protection and safe haven from war, like the Syrian young people displaced from their own system of higher education, can find not just a ‘bed for the night’ but also a path to a peaceful and productive future,” said Dr. Watenpaugh.

Results have shown consortium’s scholarships have had a high impact on students’ lives since 2012. Students like 22-year-old Jamal Kharrat discovered competitive jobs and internships through hard work.

Kharrat found solace as an iPhone fixer while his hometown of Aleppo, Syria’s third largest city, became one of the conflict’s largest theaters of war. Kharrat learned of the consortium scholarship opportunity by chance on Facebook. In July 2012, he remembers running through Aleppo’s streets as fighter jets flew overhead to share news with his family that in a few weeks he would be studying Computer Science at IIT.

Three years later on the verge of graduation, Kharrat has developed several iPhone apps, completed an internship at Apple, mentored young women in computer programming and this year will start a new job as an Apple software engineer. He believes such achievements exemplify America’s ‘meritocracy’, a value he hopes to bring back one day to Syria. “If Syrians return and contribute their knowledge from living abroad during the crisis, there are huge improvements we can make in our country.”

Maya Alkateb-Chami, Director of the Syrian expatriate-run nonprofit Jusoor, said initial results show students’ commitment to contribute to their host country and Syria. “From successful White House petitions to the creation of nonprofits and fundraising aiding displaced Syrian youth on the ground, these scholarship recipients have exceeded expectations,” said Alkateb-Chami.

Alkateb-Chami noted that many students have landed internships and jobs at influential companies including Goldman Sachs, JP Morgan, Apple, Google and Deutsche Bank since arriving in the U.S. but still find ways to give back to Syria. The consortium’s end goal is not to drain Syria’s intellectual capacity but to give students the skills and opportunities they need to eventually return and rebuild Syria, noted Alkateb-Chami.

However students say the pressures of war do not disappear while in the U.S. From rising anti-Syrian refugee sentiment after the November 2015 Paris attacks to communication cuts with family members during bombings, students face struggles outside the university experience of American peers.

“Some students have parents living in tents in camps, family members taking boats to Greece, or parents living in dangerous situations without Internet, electricity or water for days,” said Abdulsamad. “When you hear that there is a bombing in a certain neighborhood, some students ask themselves, ‘Are my parents still alive? I haven’t heard from them in three days.’”

Funding is also a challenge for many students who struggle to pay remaining tuition, housing and visa fees. Mariela Shaker, a 25-year-old classical violinist who began to play the violin at age 10, was awarded a full-tuition academic scholarship for a Masters in Music Performance at DePaul University after completing her undergraduate degree at Monmouth College. A native of Aleppo, Shaker hasn’t seen her family since 2013, a sacrifice she made to complete her education in a country that gave her “second chance at life”.

Shaker said her scholarship was a critical to her invitation to perform at the Kennedy Center for the Performing Arts for World Refugee Day and selection as a White House Champion of Change. However, she struggled to cover tuition costs while on a partial scholarship at Monmouth College despite it being a cherished “second home and second family”.

“I found myself desperately searching for private donors through Jusoor to cover the remaining fees,” said Shaker whose her parents in Aleppo were unable to cover the additional costs due to Syria’s economic crisis. “For someone coming from Syria, it’s really impossible to study under the tuition costs without extra help.”

Like most Syrians, Shaker does not know when the war will end.  She plans to use her knowledge of music performance to give back for now through organizations like the Syrian-American Medical Society where she hopes regional trips will help displaced youth find peace through music. “I feel powerless about the problems in Syria but I have a great belief in helping those youth who are displaced with music,” she said.

Students hope their ease at integrating into U.S. culture and their academic achievements can vouch for the incoming 10,000 Syrian refugees expected to arrive in the U.S. by the end of 2016 despite calls for halts in Syrian refugee resettlement by politicians including Illinois Gov. Bruce Rauner.

For many students, however, the opportunity to study in the U.S. provided another hidden opportunity—to show a new face of Syria to the American people outside of war.

“You look at photos of Syrian conflict and it is no different than any other war: rubble, weapons, militants, crying children and the dead. For us, this war is the absence of beauty,” said a recent graduate who requested anonymity. “As students on scholarship we were able to show a little beauty of what Syria was and can be again to Americans.”