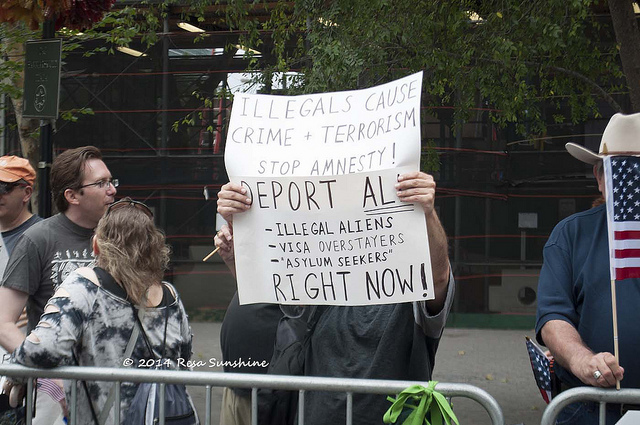 According to police reports and witness testimony, on December 31st, 2015, 1,000 drunk men of North African or Arab descent gathered at the city center and train station of Cologne, Germany. From there, they gathered into smaller groups, surrounded women and began to threaten and attack them. Initially, there were approximately 90 complaints from women in the area but this number has quickly risen to almost 900 reports, of which 500 are sexual assault complaints. In the wake of the arrival of over 1 million refugees into Germany, the initial blame of these attacks has fallen on these new populations.

Based on the unclear media coverage of the attack, it would appear that the blaming of refugees for the events comes from right wing, anti-migrant groups who used the opportunity to call Angela Merkel’s immigration policies into question. Since the attacks, Germany has witnessed multiple anti-migrant protests, many sporting signs with slogans such as “Rapefugees not welcome here”. There have also been several violent attacks on people of non-native appearance, namely Syrians and Palestinians.

As a result of the rise of xenophobic rhetoric amongst Germans, many leaders have spoken about the consequences for the actions of the assaulters. A large issue is that of deportation of asylum seekers. As the law currently stands, asylum seekers can be deported if they are sentenced to 1 or more years in prison. Some politicians are seeking to lower this threshold to include conviction for sexual or physical assault and resisting police officers.

Others also seek to toughen asylum policies by deeming Algeria, Morocco, and Tunisia “safe countries of origin” and lessening the chance of people from these countries to be granted asylum. Other proposals include blocking some migrants from bringing their families into the country for two years.

Despite these consequences, the European Commission (the executive body of the European Union) has since stated that there is no link between the migration crisis and the attacks on women in Germany. The lack of support provided by news and police reports support this claim. Both eyewitness and police testimonies state that the attackers were drunk. However, the majority of refugee men, especially from Syria would not have been likely to be intoxicated because of their religious beliefs. This fact has been largely left out of media reports. It is also impossible to place all blame on the refugee population because of the wide range of countries of origin in the apprehended men thus far. As stated, initial police reports suggested that the attackers were of North African or Arab appearance. However, in a report released on January 7th, police identified 18 of 31 suspects as asylum seekers. In general, nine were Algerian, eight Moroccan, five Iranian, four Syrian, two German, in addition to an Iraqi, a Serb, and a U.S. citizen. These facts, along with the other reports of similar events in cities like Hamburg and Zurich, suggest that the attacks were coordinated, perhaps by someone who wanted to undermine the refugee population and destabilize Germany. 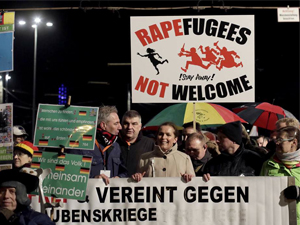 The reaction of the German people was appropriate to the information they were given by police and media reports. The vague description of “North African and Arab” men would obviously lend itself to suspicion of the refugee population and play into the fears of the public. Despite this misleading information, the general government response has been relatively appropriate. Few leaders have proposed a reduction of refugee intake beyond what had been voiced before December 31st, and discussion of deportation laws and asylum restrictions are valid given the new challenges and issues presented by the current state of Germany. It is likely that these propositions would have been made without the New Year’s Eve attacks.

Hopefully reports continue to surface and clear up the remaining questions surrounding the attacks, the criminals are punished, and the blame is removed from the refugee population so that integration and education can continue unimpeded by bigotry and intolerance.