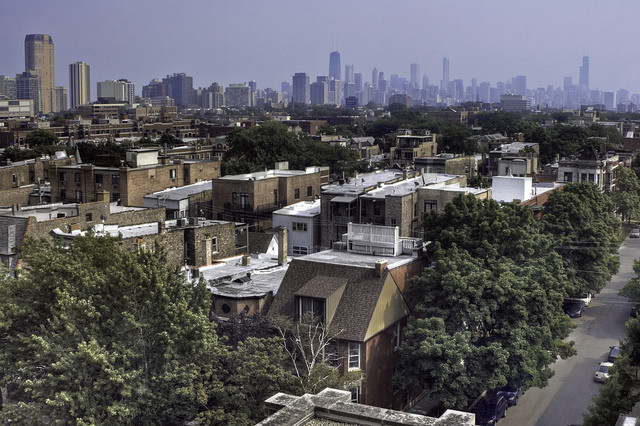 Facebook
Twitter
Pinterest
WhatsApp
Email
Print
Chicago has long been a city of immigrants, and the foreign-born still make up 21 percent of the city’s population. But as Chicago’s and Illinois’- overall population continues to decline, so has the foreign born population, dropping nearly 10 per cent since 2000 to nearly 568,000 people, according to 2014 Census Bureau figures.

Despite Chicago’s population dip, the foreign-born population in Cook County has risen 3 percent to almost 1,100,000 since 2000, thanks mainly to growth in several of the area’s suburban regions.

Places like Wheeling, Naperville and Bolingbrook have seen impressive growth in their immigrant populations. Foreign-born Chicagoans continue to move to the outer regions and newly arriving immigrants bypass the city altogether and head straight for suburban areas.

About 47 percent of Cook County’s foreign-born are from Latin America, 26 percent from Asia and 23 percent from Europe, according to the Census Bureau.

For example, Wheeling Township is bursting with Russian and Polish culture, and its rooted in first-generation families moving there. From 2000 to 2014, Wheeling’s foreign-born population increased 21 percent.

Gary Aver previously worked as a realtor in Chicago, and opened a Re/Max Realty office in Wheeling in 2000. He witnessed the spike in Russians, namely Russian Jews, living in Buffalo Grove and surrounding areas during the 90s.

Aver says Russians in Rogers Park, “about 95% of them Jewish,” were migrating to Northwest suburbs. Rogers Park, once a larger center of Jewish life, saw a closure of kosher shops and bookstores as people moved north.

Naperville, Chicago’s sprawling southwest suburb with some of the metro area’s most educated citizens, also saw a rise in it’s foreign born population over the past decade.  The Asian population is a significant contributor to this spike.

Naperville’s Asian population, namely Chinese, make up a third of the foreign-born Asians in the area. The other two-thirds were born in South Central Asia, mostly from India and Pakistan.

Naperville’s Chinese presence is so strong, the mayor appointed a community member, Bill Liu, as Chairman of Chinese Community Outreach in October 2013.

The 2014 Census shows a split between the number of foreign-born people born in Asia and Latin and Central America. Of those born in Central America, the overwhelming majority—over 90 percent—are from Mexico.

Bolingbrook Mayor Roger Claar says the community is accommodating to Mexicans, and their presence is felt with the myriad Mexican restaurants and grocery stores in the area.  Even mainstream grocery stores are increasingly stocking Mexican products.

“People come here because it’s a very diverse community and one of the main reason the population grows is affordable housing,” Claar said.

“Money Magazine named us one of the top 50 places to live in the US because of many reasons, including our churches, education, jobs, healthcare and library facilities,” he said.

Bolingbrook, like Naperville and Wheeling, is bursting with a large foreign-born population, with unique communities carved to meet their needs.

As the Chicago’s population continues to shrink, immigrants are finding safety and affordability and just outside city limits.