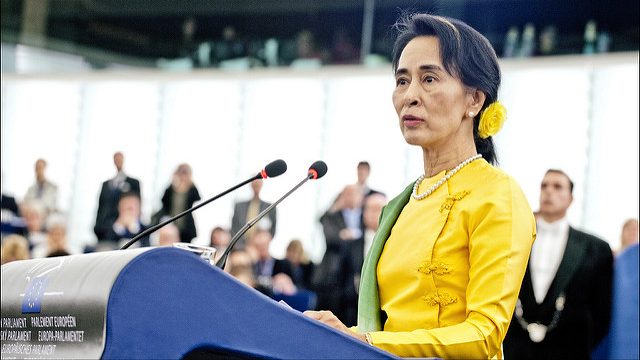 The revelation has shocked many: how can someone who has worked for the restoration of democracy and suffered house arrest for years say something so bigoted? Does Suu Kyi, share in part or wholly the racist and extremist ideology peddled by Buddhist nationalist organizations such as the Ma Ba Tha?

A decade ago these questions would be inconceivable. Popham, indicates that “we just don’t know the answer” to such questions. Suu Kyi’s early life would belie a characterization of bigotry. She was never known to have expressed or manifested an “anti-Muslim” attitude. She had personal and intimate relations with Muslims. In fact “one of the key people who persuaded her to get involved in Burma’s democracy uprising was Maung Thaw Ka, a Muslim journalist and author who subsequently died in jail.”

What has changed? For one: her political situation in Burma. She is now in a position of power, though it is in a heavily controlled environment where ultimate power is still in the hands of the military.

Even though Suu Kyi is massively popular in Burma, anti-Muslim sentiment is rife throughout the nation and is found even amongst some rank and file members and leaders of the National League for Democracy (NLD), co-leading party along with the military. Muslims, especially the beleaguered Rohingya, are not very popular to say the least. Part of the reason is the rise of organizations such as the Ma Ba Tha, who have stoked anti-Muslim conspiracies and violence against Muslims. The language and actions of the Ma Ba Tha is one of incessant incitement, and they have been very successful. Through intensive lobbying and with the support of the military and governmental leaders they drafted and advocated for the “race and religion laws” which were passed in 2015. The laws target minorities, especially Muslims and women, placing limits on the number of children women can have, regulating conversion and marriage. 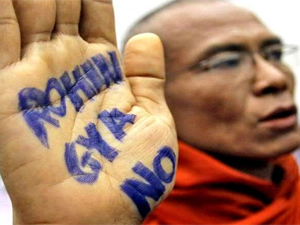 The militant rise of the Ma Ba Tha didn’t come out of the blue. Evidence uncovered by Al Jazeera and human rights groups has shown that they have encouraged and facilitated genocide against the Rohingya. This is part of the backdrop that Suu Kyi is contending with as she navigates the terrain of Burmese politics. Some argue that it is also one of the reasons why Suu Kyi chose not to have a single Muslim candidate out of a total of 1,151 that ran in the November 2015 elections. There have also been troubling statements from NLD officials indicating that the human rights catastrophe in Rakhine state where the Rohingya face genocide is “not a priority.”

Suu Kyi has repeatedly stated in interviews that she is a “politician,” implying that she will do what it takes to achieve and increase her grip on power. Clearly, she and her party are not willing to seriously rock-the-boat when it comes to countering the Islamophobic environment currently permeating Burmese society and politics. Since that is the case, don’t the organizers of the petition to strip her of her Nobel Prize have a point? She should not be treated as an icon of human rights when she is willing to sacrifice those rights for a minority population that more than ever needs her support.