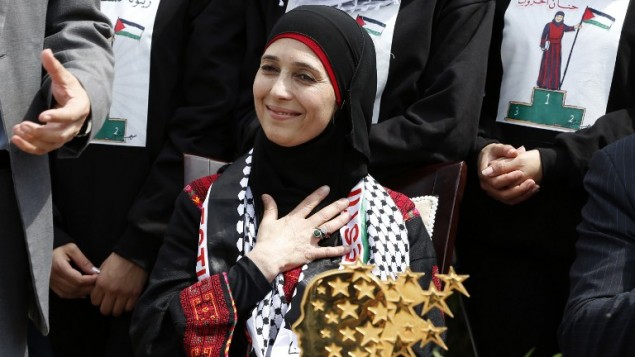 Facebook
Twitter
Pinterest
WhatsApp
Email
Print
Since 1967, the ongoing Israeli occupation in Palestine has resulted in a violent environment for children, which they experience from a young age. In the Gaza Strip, the blockade of resources and Israeli military operations result in a high number of injuries and deaths, as well as destruction to their homeland. These operations result in many children and young adults being detained.  Many of these children are prosecuted in military courts and denied basic rights to a fair trial. They are usually interrogated alone without their parents or any legal representation. In terms of education, many Palestinian children experience physical harassment as they walk to school, creating fear that affects their attendance and academic performance. The 2014 Gaza conflict also completely destroyed 29 schools, as well as damaging 232 buildings, making education unattainable for many. But it is rare for this background to be covered in the media, which provides the opportunity for politicians to make uneducated comments about Palestinians. This is seen in Donald Trump’s speech at the APAIC conference where he implies Israel is suffering from the terrorism of the Palestinians. Little does Trump know the limitations they experience in their everyday life.

With the hardships of maintaining accessible and safe learning spaces in the Gaza Strip and West Bank, teachers always must dedicate all of their energy to reach their students. Many parents raise their children with the understanding of education being their best way to get ahead in life, something that can never be taken away from them. Many of these children who have gone through disastrous experiences in their life—wars, limitations to their movement, lack of resources with closed borders, and daily violence from a military occupation do not give up their education. Their experiences encourage them to stand strong in the face of injustice.

Ms. Hanan Al-Hroub had the honor of being named one of the top 10 finalists for the 2016 Global Teacher Prize.  The Global Teacher Prize is a $1.0 million award presented to a unique teacher who has made a positive contribution to their profession. This prize serves to recognize and acknowledge teachers for their influence on their students and communities. This is a method of empowering teachers to help reduce social and economic issues like poverty and bigotry. It is judged by public officials, head teachers, academics, journalists and many more respected intellectual figures.  This prize is awarded by the Varkey Foundation under the leadership of Sheikh Mohammed bin Rashid Al Maktoum, the Vice President and Prime Minister of the United Arab Emirates, and the Emir of Dubai.

Living in a Bethlehem refugee camp in the West Bank, Al-Hroub was exposed to violence for most of her life, never experiencing a real childhood.  She was unable to attend college due to the first intifada during the late 1980s and early 1990s, which resulted in sanctions and university closings. During the intifada she learned to distract her children with games she had made and would rush to buy supplies when the curfew was lifted for the day.  She eventually enrolled at a university to study teaching.  One event that encouraged her to teach was seeing her children witness their father being shot as they were traveling home from school.  As a mother, she had to comfort her children seeing how this tragic event affected their behavior and academic performance. She graduated and began working in a school as a social worker, parent, and a teacher to her students.  At some point, she realized her children were at their best emotional and mental state when playing games.

Al-Hroub teaches her children and students in a way that deals with their personalities rooted from their violent environments. She adopted nonviolence as a primary way of living and teaching.  She extended this to her students, without them being aware, through playing games.  She began to see positive results—for instance, her daughter’s confidence boosted and her children’s grades improved.

She applies her academic plans in a way of shadowing the youth’s strengths and personalities that can positively affect their behaviors. Al-Hroub’s lessons are taught through stories and plays as a way to make learning more enjoyable for her students. She develops trust and respect in all relationships to improve her students’ performance. One of her primary methods is encouraging her students to work alongside one another and reward their positive efforts.  Her method has resulted in a decrease in violent behavior, and has inspired colleagues to learn from her way of teaching. She has shared her approach at ministry conferences and teacher training seminars.

Beating more than 8,000 teachers from 148 countries, Al-Hroub was given the honor of winning the 2016 Global Teacher Prize.  She plans on using this prize to create a foundation that will endorse the games and complimentary lesson plans she designed.

Donald Trump’s Attack on the Palestinians

While the current Republican presidential candidate Donald Trump has allegedly stated that Palestinians are offered $7,000 per attack on an Israeli home and their families would receive $30,000, Hanan Al-Hroub is a primary school teacher that won one of the most prestigious awards as an educator by teaching her students through the method of nonviolence. While he states Palestinians regard people who murder Israelis as heroes and glorify them as martyrs, Hanan Al-Hroub is teaching students that, although they may live in a violent environment, they are encouraged to find their passion and voice in the classroom. Although, he reportedly states Palestinian education teaches hatred of the Israeli people, Hanan Al-Hroub is an example of the fallacy of his statements. Al-Hroub is a prime example of the courage and determination of an educator.

Trump can continue to make accusations about the Palestinian people and try to defame their image as a people. However, he does not know that the Palestinian society is the most educated in the Middle East. They used their hardships and limitations to prevail. After every Gaza operation, students continued their academic journeys, regardless of the siege on basic human necessities like food, water, medicine and even educational resources. Although the Gaza Strip has limitations in every aspect of their life, its citizens claim an illiteracy rate of less than one percent.  Furthermore, the West Bank youth literacy rate is 99.3% for males and 99.4% for females, proving they are not interested in violence. Moreover, Palestinian youth are acclimated with the conditions they live in. Approximately 48% use alternate routes to school because of the apartheid wall and 77.6% students have been absent due to closed checkpoints. If Trump and other people of power and influence want to continue to chastise Palestinians with no factual evidence, the Palestinians will continue to educate themselves and attempt to live a successful life.

Although this is not the first time a Palestinian has won an award and it will not be the last, news sources will continue to ignore and discourage their intellectual achievements. It is a method of undermining any achievements the Middle East will make so that negative stereotypes based on ignorance and fear will continue to be spread by people like Trump. Even though his words will not change the nature of education in Palestine, one will hope he sees and celebrates the differences a teacher from a refugee camp can make for students.  By teaching compassion and love, their unique academic environments can improve their daily lives, and ensure they, too, will contribute positively to future of our world.