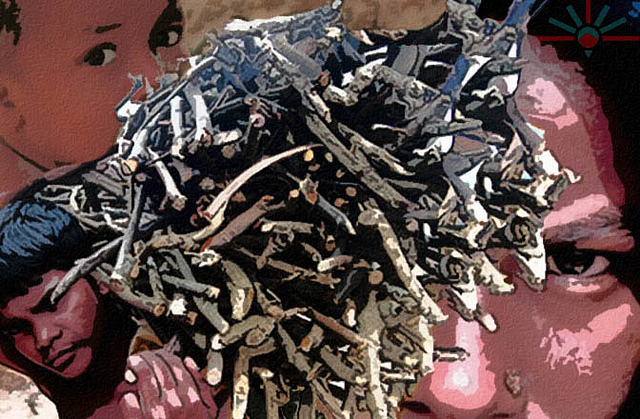 Facebook
Twitter
Pinterest
WhatsApp
Email
Print
Only a few weeks after the military junta lifted the curfew in Western Rakhine state, allowing an estimated 25,000 Rohingya to leave the Internal Displacement Camps, the National League of Democracy (NLD) appointed Minister of Religious Affairs Aung Ko made a statement implying Muslims are not full citizens and went on to visit firebrand monk Wirathu.

Although Minister Aung Ko is a member of the military backed Union Solidarity and Development Party, he is also a member of the newly elected NLD government. Given the landslide victory of the NLD during the election and the overwhelming majority it now enjoys in Parliament, Minister Aung Ko would not be where he is without at least the implicit support of the NLD. His conduct reflects badly on the NLD and its leader Aung San Suu Kyi.

Most countries give citizenship to a person born in that country, or if one of the parents is a citizen. As many rights outlined in the Constitution of Myanmar are connected to citizenship in Burma (e.g. art. 21 (a), the right to equality, the right of liberty and the right of justice; art. 366, right to education art. 367, right to health care; art. 349, the right to equal opportunity), “associate” citizenship call into question the fundamental rights of an estimated 5 million Muslims living in Burma, not to mention the stateless Rohingya who are without basic rights and opportunities whatsoever.

The Minister of Religion went on to say that religious minorities, including Christians, Hindus and Muslims, had not been “deliberately oppressed.” Many studies and reports show the opposite. Studies from Yale Law School and Queen Mary University of London conclude that oppression is in fact state sanctioned. Furthermore, there is a lot of photographic material showing for instance extremists walking from burning villages in Rakhine while soldiers are standing by. 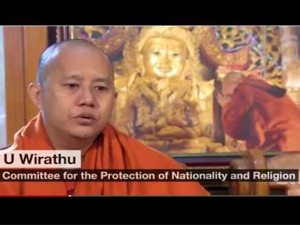 later, the NLD had apparently initially planned to submit a proposal to Parliament expressing concern about his comments. However, as a NLD Parliamentarian stated in an interview with the Myanmar Times, “We don’t want to highlight it – things like this can happen sometimes unintentionally.” NLD spokesperson U Win Htein said there was no reason to be “anxious” about the meeting between Minister Aung Ko and Wirathu: “I think Thura U Aung Ko seemed to be admonishing U Wirathu.” This, however, seems unlikely and contradicts the words of Tun Nyunt, director of the Religious Affairs and Culture Minister who joined the minister on his trip. He said the visit was “routine”, adding that he went for “introductions.”

It is disconcerting to see very little coverage on the conduct of Minister Aung Ko and that rather media have highlighted Suu Kyi’s new role as “state counselor” instead. As the NLD moves from a movement for democracy to a position of responsibility, it is imperative that the NLD takes responsibility for the actions of all members of the government. It appears the NLD does not want to “highlight” this and prefers to brush the affair under the rug because the NLD wants to fight the military and push the state counselor bill to give Suu Kyi a role similar to Prime Minister.

This year, despite the end of the monsoon season, a major out flux hasn’t taken place so far. Two reasons might play a role, one is the crackdown on human traffickers and smugglers in the region including Burma, while second is the current wait-and-see approach of the stateless and oppressed people, who still have high hopes that the NLD will bring changes for the better.

A version of this article appeared on the Burma Task Force USA website.