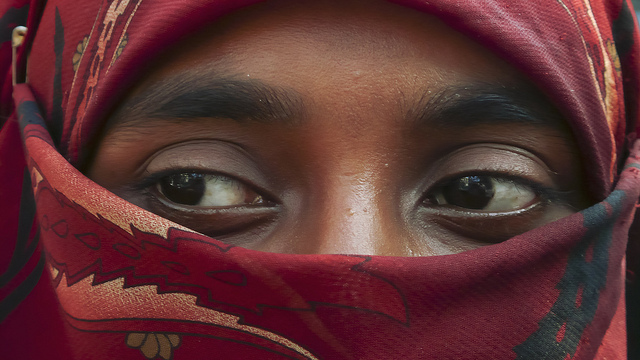 Facebook
Twitter
Pinterest
WhatsApp
Email
Print
The new Burmese Minister of Religion, Aung Ko (former member of the military regime), has in the span of three days created a storm of controversy. The Burma Task Force confirmed with the Burmese Voice of America service that Ko described Muslims as “associate citizens,” implying they are not “full citizens.”

This is inconsistent with the Burmese Constitution and is yet another blow to bleagured Muslim minorities. One group of Muslims, the Rohingya, already have a long historical experience of persecution and their citizenship being put into question; indeed they were completely stripped of citizenship in 1982 and were rendered stateless, even though Rohingya Muslims are indigenous people living in their ancestral land. And now there are fears that all Burmese Muslims will likewise face the same injustices.

Monday, it was revealed that Ko went so far as to meet with the extremist Buddhist monk, Wirathu, leader of Ma Ba Tha, a group blacklisted by the US government and which has stoked violence and spread Islamophobia throughout Burma. The Ma Ba Tha was instrumental in lobbying for the passage of discriminatory legislation that “reduce the reproductive rights of the religious minority and restrict interfaith marriage.” Instead of cozying up with extremist Buddhist nationalists, the newly appointed religious affairs minister of the democratically elected National League for Democracy party (NLD) should work towards marginalizing such voices of hate.

The Rohingyas have been persecuting over a long period of time as the video below chronciles.

Thus far seven Noble Peace Laureates have declared the situation for the Rohingya in Burma a textbook case of genocide. Currently, there is no country in the world that uses the term “associate” citizenship – implying that some group within their country are not full citizens like any other. This approach of disenfranchising the Rohingya was also seen during the last elections where there was a push by the same Buddhist extremist group Ma Ba Tha to deny them the right to vote.

The Burma Task Force is mobilizing people to contact the NLD Party leader and Nobel Prize for Peace recipient Aung San Suu Kyi to repudiate Aung Ko’s statement and his meeting with Wirathu and also to reaffirm the NLD’s commitment to Religious Freedom and Democracy for all Burmese religious and ethnic groups. But the recent revelation of Aung San Suu Kyi complaining about not being told she was to be interviewed by a BBC presenter, Mishal Husain, who was Muslim casts doubt on her sympathy for the Rohingya Muslims. Many supporters of Burmese Muslims are also demanding the resignation of Minister of Religion Aung Ko for his inflammatory remark or that he clarify his statement.

A version of this article appeared on the Burma Task Force USA website.