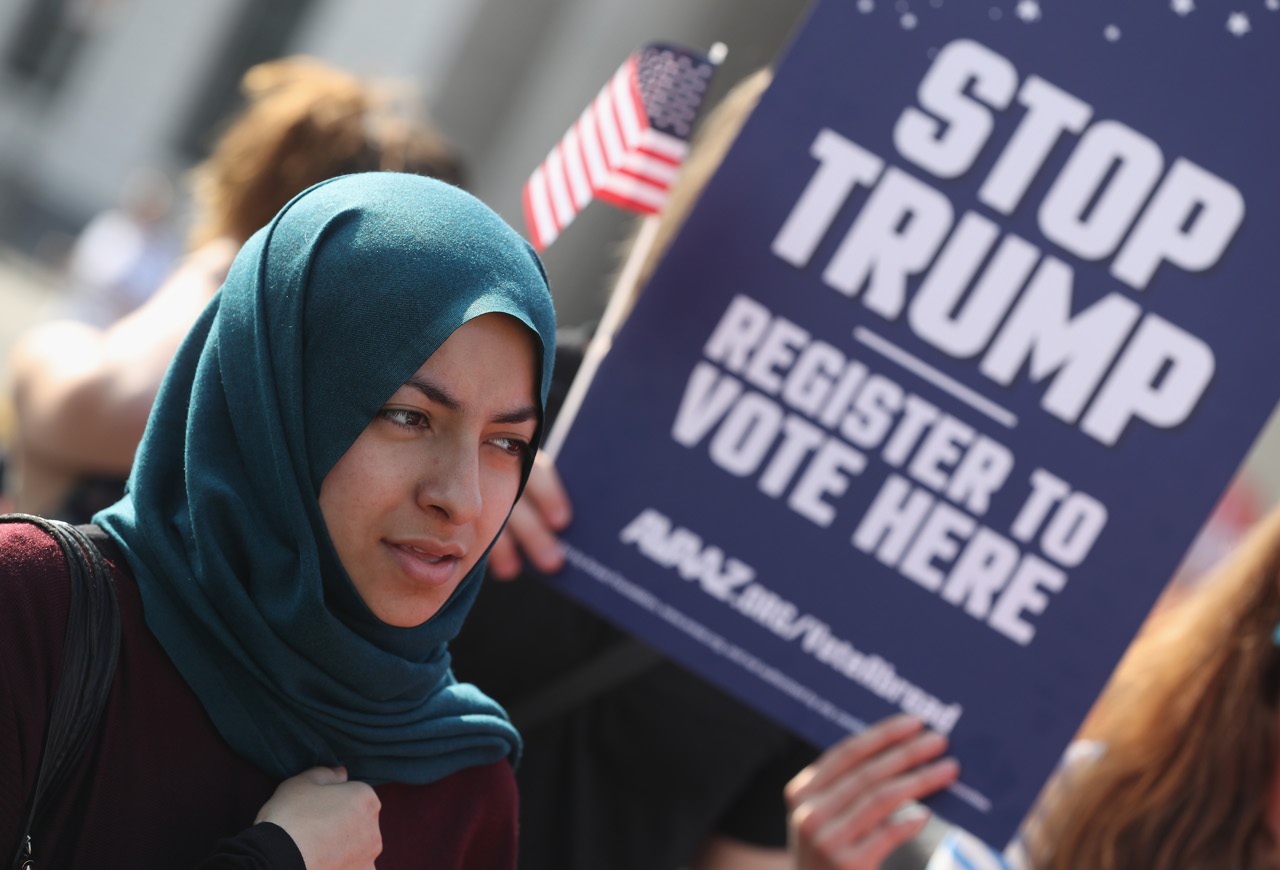 Facebook
Twitter
Pinterest
WhatsApp
Email
Print
In the United States, one of the best ways to participate in citizenship is to cast your ballot for an upcoming election. Voting is one of our precious rights and getting the vote out among young Muslims in our upcoming Presidential election is critical. Unfortunately, while young people make up a large percentage of the voting block, many of them feel disenchanted with the electoral process and many are left feeling as though their vote doesn’t matter or doesn’t count. This kind of defeatist attitude contributes to the low level of young people who come out to vote in elections.

The Presidential election this year is arguably one of the most important and critical, considering the rise of billionaire-businessman Donald Trump and his xenophobic rhetoric. Muslims and other minorities are constantly the victims of Trump’s culturally and religiously insensitive words. Candidate Ted Cruz, who recently spoke on national TV, made controversial statements saying that we need police officers to patrol “Muslim neighborhoods” to prevent radicalization.

The American Muslim vote is critical in this election and Muslim students know their vote is not only necessary, but also a statement that can influence and impact the election. At the University of Illinois at Circle (UIC), Muslims students are not looking at this election lightly; they feel a sense of responsibility to participate in the electoral process and this election.

Eman Samara served as an election judge for the past four years and in the past primary election. She is currently a political science minor at UIC. She said, “As a Muslim who wears a hijab, I believe it is important for us Muslims, to be active in the political process and have our voices heard. For me, the most important issues are college funding and grants, the stance on the Palestine-Israeli conflict, and raising the minimum wage.”

Samara says she is motivated to vote because she believes it is her duty and a right that not many have. She continued, “Though people might think that their vote doesn’t matter, I am a firm believer in every vote counting because one vote on top of another can make a lot of changes.”

When asked if she felt this particular election was more important than past elections, considering the hateful rhetoric coming from Republican Presidential candidates, Donald Trump and Ted Cruz, Samara stated,

I definitely think this one is more important. Sadly, people like Trump actually have a chance at becoming President. I participated in the protest at UIC. All of us minorities participated because we did not want someone like that to step foot on our diverse campus.

She said that because minorities are being targeted, many more young people are registering to vote. “As a Muslim American, I belong in this country and someone like Trump isn’t going to make me leave. That’s not what America is about.”

Another UIC student, Afzal, says that he is motivated to vote because “crony capitalism is getting the funds of education off of the property tax system” and these funds need to get “onto a more just, social system.” He continued,

Otherwise, the rich neighborhoods get rewarded for being rich. Some African-American and Hispanic neighborhoods get less funding. I also think neighborhoods are being neglected while funding is going to increase tourism. Crony capitalism is the root cause of environmental pollution, billion-dollar corporate subsidies, deregulation of industry and banks and low wages as well as a lack of benefits to workers.

What drives Rashad to vote is the ignorance displayed by politicians considering how many Muslims serve and die for our country. He said,

The media seems to emphasize attacks taking place in every non-Muslim majority country while ignoring the constant attacks in Muslim majority countries that take an outrageous number of Muslim lives on a regular basis. These politicians attack Islam and Muslims and do not understand the real issues and prey on people’s fears in order to get themselves elected.

Hafsah is motivated to vote because, “College aged students are the future of America. We are of age to vote so why not make our voices heard? Students my age are already concerned about college debt and the uncertainty of securing a job post graduation. There are political candidates out there that have a position on issues that reflect the view of us young adults. By supporting them, we can help shape the future of America.” She continued, “Many people think that their vote doesn’t count, but candidates do appeal to various demographics differently, which can affect how many votes they get.”

Another factor motivating me to vote is I feel as if some individuals blindly follow what they are told by politicians without doing any research. What has been brought to light recently is some politicians singling out certain demographic groups using stereotypes, generalizations, and false information. By being informed and encouraging those around us to vote, we can elect someone who has the best interest of the American population as a whole.

Our upcoming Presidential election is continually proving to be one of the most controversial races we’ve seen. From stereotyping rhetoric to downright falsities being spread. It is evident, that many young voters are hearing the call to participate in elections and make their voices heard. The issues that matter most to these students include jobs and wages, Palestinian-Israeli conflict, and the false information being disseminated by candidates. The students agree that we must elect a candidate who has America’s best interests in mind, rather than one who has a personal agenda or extreme ideology.