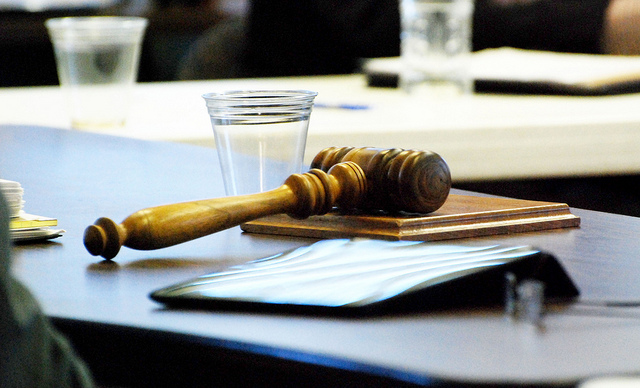 Facebook
Twitter
Pinterest
WhatsApp
Email
Print
Local School Council’s (LSC’s) appear in all Chicago Public Schools. They are responsible for selecting the school’s principal, renewing that principal’s contract, monitoring the annual School Improvement Plans, and approving how school funds are allocated. Through the creation of LSC’s, principal tenure has been effectively ended, giving only four-year contracts.

An LSC consists of parents, community members, teachers, and the principal of the school. All members are elected and conduct monthly meetings that are open to the public. Some LSC’s have less power than others, serving only as an advisor, not a decision-maker. LSC’s are considered to be “the site based management team” of each school. According to CPS, newly formed council’s consist of a principal, two teachers, six parents, two community members, one non-teacher staff member and a high school student representative from the student council (provided the school is a high school).

The popular blog “CPS Obsessed” states that participating in LSC’s can be both an interesting and rewarding experience. It said, “Many of the LSCs need a good strong voice to question things in a constructive way.  This is YOUR chance to speak up in a place where you just might make a difference.” Making a difference is the greatest reason to join an LSC. One can benefit the community and the children in it. One unidentified individual wrote on the blog, ” I got myself onto the local LSC with the mission of making a difference, pushing the school to do more, to stretch themselves, fix some things, listen to the voice of the people, etc.”

If the parents and community at large are allowed to have input, it only makes sense to take that opportunity to cause change and be part of the greater whole. People always have opinions especially about schools, running for an LSC office is an effective way to make your voice and ideas heard.

Elections are an important gauge in determining interest and approval. When LSC’s were implemented in 1989, 311,946 people voted for 17,096 candidates seeking 5,940 seats. The numbers have declined rapidly.

It’s interesting that there is such little support for LSC’s, yet many community members came out to support the recent teachers strike. This shows that there is interest in schools, but it doesn’t necessarily run deep enough to get people to participate. Sufyan Sohel, an LSC member at South Loop Elementary, says it’s an issue of voter apathy and trying to get people interested in the LSC’s. Sohel states that “LSC’s hold their elections at schools on report card day and it’s sometimes difficult to get people to come and vote.” He continued, “Part of the problem is that the city needs to articulate better that these elections are open to the public as well as the parents. A lot of people don’t know that. Another problem is the outlook people have. The mentality of ‘I don’t have kids’ or ‘my kids don’t go to this school, why should I get involved.’ People need a different thought process.” Sohel said that things are looking up in the sense that the LSC he is on currently has six people running for the community representative office and 10 parents running for the parent representative. This good news is encouraging. The more people to get involved in LSC’s whether parents, the public, or both, the better our schools will be.

Renner Larson, who is running for LSC at Nicholas Senn High School, said, “for six open parents seats, only two people are running.” He continued, “In Senn’s 2014 election, excluding student positions, the highest vote count for a single candidate was 19 votes.”

In a recent article by DNAinfo Chicago, Patty Wetli describes the bleak situation of LSC’s stating that, “LSC meetings typically fail to draw a single member of the public.” One of the reasons behind this is a lack of information. Since most parents don’t attend LSC meetings, it takes a drastic action to renew parent interest. Such as the case at Edison Regional Gifted Center on Monday when the LSC voted 7 to 3 to not renew Principal Oberhardt’s contract. This action left many surprised and “blindsided”. Situations such as this one typically renew parent and even community interest in the participation of LSC’s. What has parents and staff so angered about Principal Oberhardt’s non-renewal is that the LSC provided no reason for this decision. As reported in DNAinfo Chicago, one parent, Trudy Milton said, “That’s the whole thing of this, it’s cloaked in confidentiality.” After this incident, one mom remarked that she vowed to come back to LSC meetings. Other parents acknowledged that it could be easy to become apathetic, particularly at high performing schools.

Another issue with LSC’s is their lack of diversity. Larson pointed out that while Senn High School is one of the most diverse schools in the country, everyone at the forum was white. This is something CPS notes too and the statistics are striking. In a story published in 2014, Edweek.org found that the Local School Council members’ demographic is “more white than the district’s public school population.” The numbers broke down as follows: 39.4% Hispanic, 35.5% African American, 21.5% Caucasian, 1.5%Asian, and .2% American Indian.

Anyone who has a passion for strengthening schools and impacting student achievement can and should run for LSC. There is no educational requirement or formal experience needed. Parents of students can run for parent representative on the LSC after they pass a criminal background check. Citizenship is required and they cannot be employed by the Board of Education. A community representative is required to live in the attendance area and not have a child enrolled in that school. After the election, new electees are required to complete an 18-hour training program within six months.

Chicago’s Local School Council Elections (LSC’s) are being held this week on April 13 and 14. Everyone 18 years and older can vote at all schools where they are eligible. Parents of students may vote at any school that their child or children attend. A voter can vote for any combination of community and parent representatives, but may only vote for 5 candidates. Given that the teacher’s strike last week found a large amount of support from the community, it is unfortunate that so few people vote in LSC elections, much less run for them.