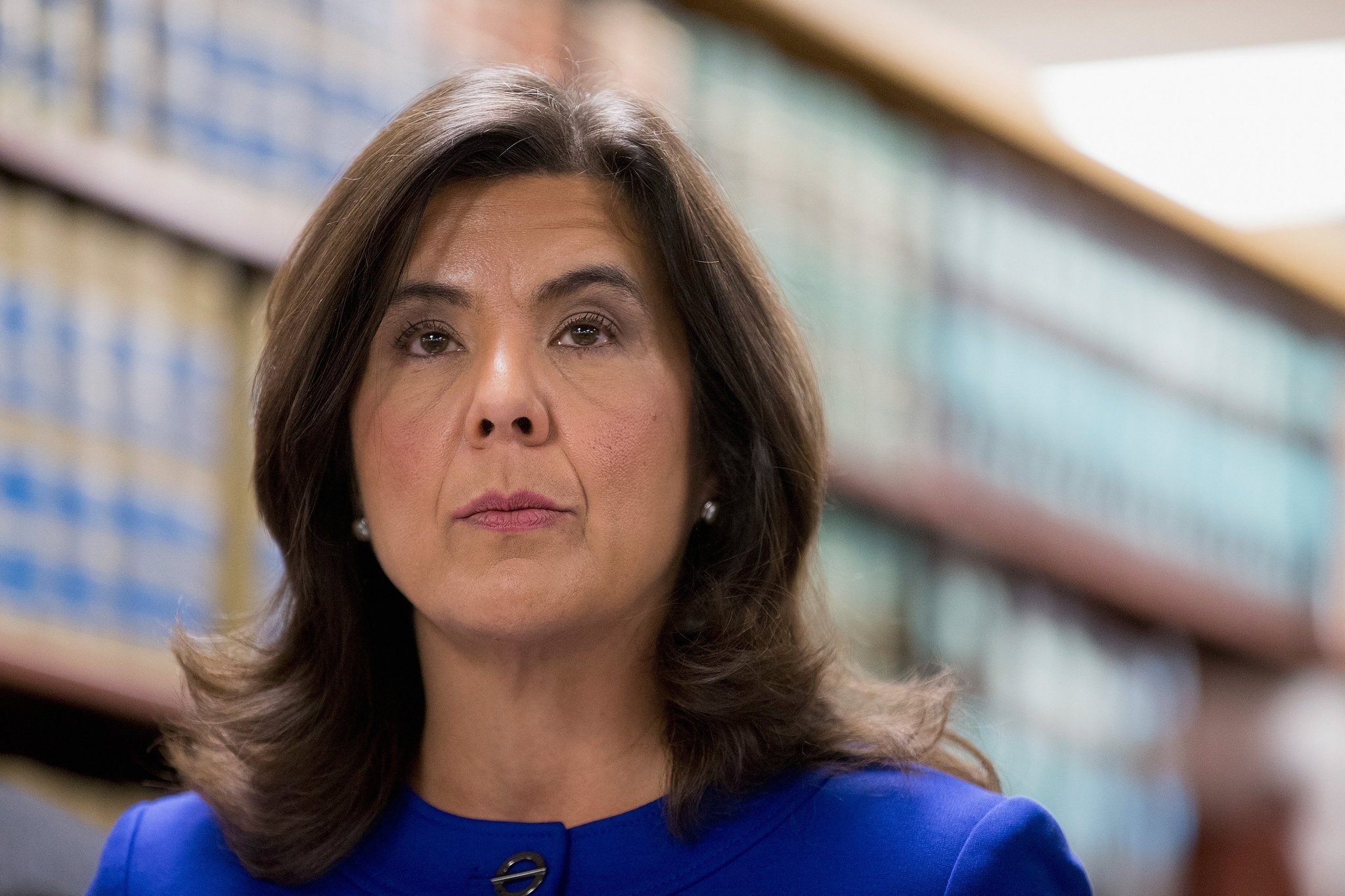 The lawsuit has garnered national attention following the release of police dashcam video showing the white officer shooting the 17 year-old black teenager 16 times, emptying his pistol as McDonald fell to the pavement.

The coalition alleges Alvarez’s interests are aligned with that of the Chicago Police Department, which has, “participated in the falsification of reports, the destruction of evidence, the manipulation and coercion of witnesses and other possible misconduct in the aftermath of the fatal shooting.”

It took over a year for Alvarez to bring any criminal charges against Van Dyke. However, within only weeks of initiating the case a grand jury indicted the officer with a total of six counts of first-degree murder. Van Dyke has plead not guilty on all six charges.

In a statement released to the media, Alvarez explains, “While it has not been an easy decision, I believe that it is the right one because it will help to avoid unnecessary legal delays and provide continuity in the handling of this very important and complicated case.” This is a complete reversal of Alvarez’s position on the matter, who previously argued a special prosecutor was not necessary.

Alvarez lost her seat as Chicago’s top attorney this past March in a landslide election to Kim Foxx, who campaigned on a platform of criminal justice reform. Community organizers and activist politicos alike backed Foxx against incumbent Alvarez, causing the trending hashtag #ByeAnita on social media during election day.

In response to news of Alvarez recusing herself from the case, incoming State’s Attorney Kim Foxx states: “This is clearly the appropriate decision in this case.”

Judge Vincent Gaughn overseeing the Van Dyke case must still approve Alvarez’s request for withdrawal. The judge will announce his decision on June 2.

While a granted dismissal of Cook County State’s Attorney from the case may be a win for Laquan McDonald activists, Judge Gaughn is obligated to contact the Illinois Attorney General’s office and the Illinois Office of the State’s Attorney Appellate prosecutor to see whether they will take up the case. The activist coalition maintains these offices’ interests are aligned with the Fraternal Order of Police and that the best step forward will be appointing a special prosecutor who is from and accountable to the community.

Meanwhile, the second-term Rahm Emanuel administration has continued to attempt what his office describes as “police reform” within the Chicago Police Department. In April, a scathing report was released by Emanuel’s emergency task force, concluding, “The police need to know who they work for – the community. The authority that they have belongs to the people.”

Despite this acknowledgement, community relations with Chicago police remain at what many consider as an all-time low. As Reverend Jesse Jackson writes in The Chicago Tribune, “The CPD is guilty of a long, racially biased institutionalized pattern of abuse… We must reform the police. But we also need a program for urban development, jobs, schools and hope.”

On Thursday Judge Vincent Gaughan agreed to appoint a special prosecutor in the case, however existing law requires him to first contact Lisa Madigan’s office, followed by the Illinois appellate prosecutor’s office.

Attorney Locke Bowman of Northwestern University’s McArthur Justice Center, and representative of the coalition petitioning for a special prosecutor in the Laquan McDonald case, proposed a list of four Chicago attorneys qualified for taking up the case against Van Dyke. Bowman has yet to release specific names on the list, but they include a former federal prosecutor and judge, among others.

#ResignRahm is Not a Hashtag, It’s a Demand