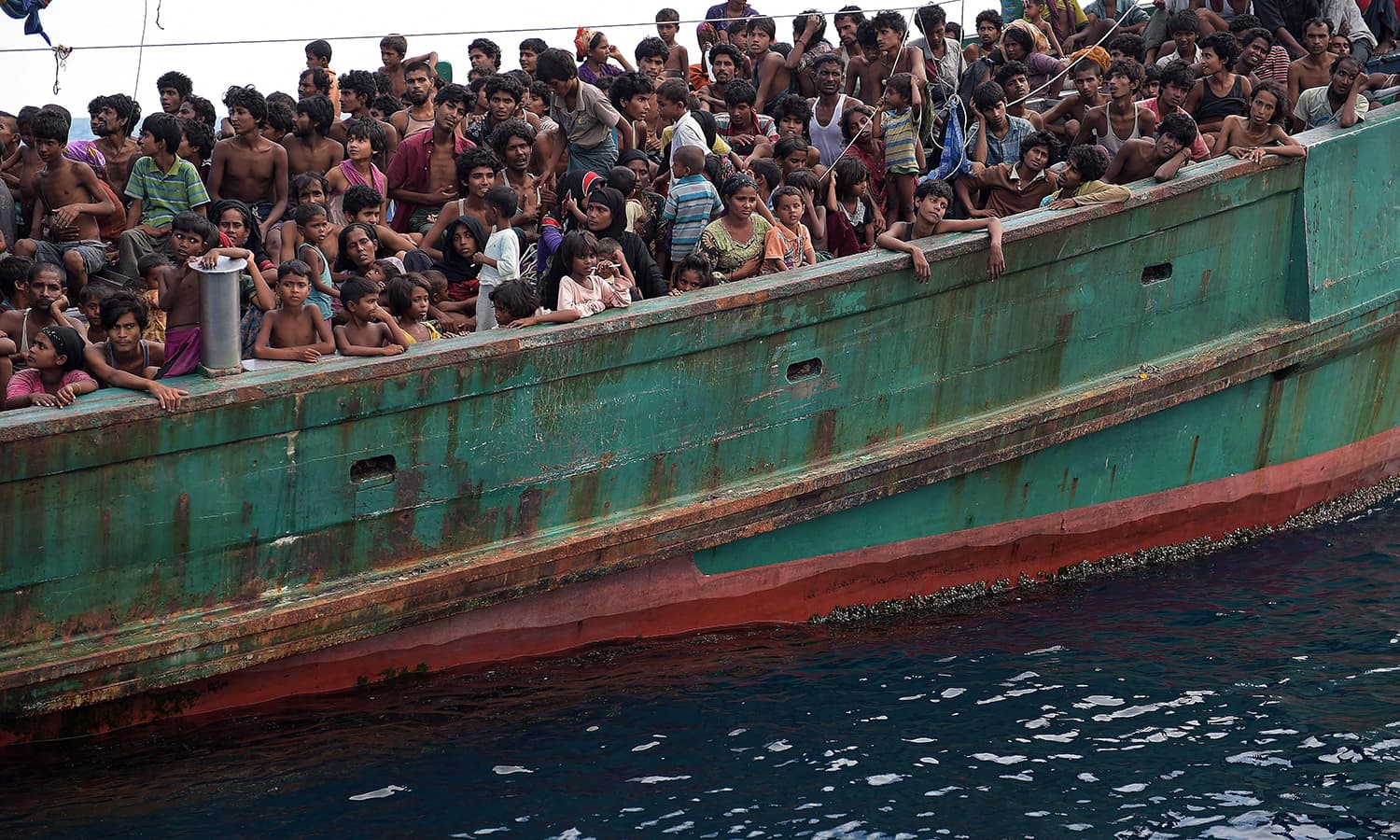 Facebook
Twitter
Pinterest
WhatsApp
Email
Print
Last month a boat carrying Rohingya who were traveling from their camp for internally displaced people, to the Rakhine state capital of Sittwe capsized, resulting in the deaths of 22 people. In response to the tragedy, the US embassy released a statement extending “condolences” to the Rohingya victims of the disaster. The embassy statement also noted that “Restrictions on access to markets, livelihoods, and other basic services in Rakhine State can lead to communities unnecessarily risking their lives in an attempt to improve their quality of life.” This is exactly what caused the catastrophe: limits and restrictions on Rohingya movement and access to basic supplies and services has imperiled their lives.

The extremist Buddhist monk organization, the Ma Ba Tha, its supporters, including the youth group, Myanmar National Network organized a 500 strong protest in front of the US embassy in response to the statement, demanding that they not use the name “Rohingya.” Protesters held placards, wore bandannas and T-shirts with the emblazoned message, “No Rohingya”; denial of identity is one of the signs of genocide.

This week, Burma Task Force and its supporters contacted the US embassy in Yangon and the State Department, emphasizing that they must continue to use the name Rohingya and defy the extremists and bigots who wish to deny that the Rohingya Muslims are an indigenous people living in their ancestral lands. Despite a record of inconsistency, (the US ambassador recently paid homage to a hate-mongering MaBaTha monk), the State Department affirmed the Rohingya identity, stating, “If members of a population identify as ‘Rohingya,’ we respect their ability to self-identify by using this term. This is not a political decision.”

Since then, however, matters have worsened: Aung San Suu Kyi, long praised as a Nobel Peace Prize winner, human rights and democracy advocate has caved to the hate message of extremist Buddhist protesters. The Wall Street Journal reports that the Foreign Ministry, headed by Suu Kyi, released a directive to all foreign embassies that they not use “Rohingya” to describe the persecuted minority.

“We have never accepted this term,” Kyaw Zay Ya, a deputy director general of the ministry, said in an interview Thursday, confirming it had sent an advisory to diplomats. Ultimately it is “up to them” whether to follow the recommendation, he added.

Suu Kyi, since reaching power, has maintained that she has always been a “politician.” Meaning that she is all too willing to shed the democratic principles and values she loudly proclaimed in her decades of activism. She is willing to submit to the worst populist impulses of Burmese society. Even if that means silence, or in this case acquiescence, to the worst bigots and racists, champions of the “slow-burning genocide” against the Rohingya — the Ma Ba Tha.