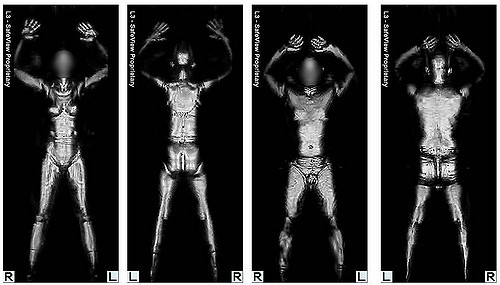 The beginning of the summer travel season has been plagued by increasingly long security lines at all of the major airports. The effectiveness (or non-effectiveness of the TSA) has come under a blinding spotlight. According to the New York Times, the TSA says the number of passengers has increased 12% since 2011, while the number of screeners has declined by 12% to 41,928 from 47,630. Tightened security procedures implemented after federal auditors were able to get fake explosives and weapons past screeners 95% of the time have further contributed to long lines. Just this morning on CBS News, Secretary Jeh Charles Johnson of the Department of Homeland Security blamed the airlines for added baggage fees making passengers bringing more baggage on the planes. He also called for more TSA screeners and will be adding over 700 in June. But the TSA union has said that more than 6,000 are required.

Will adding more poorly trained and ineffective TSA agents shorten the long lines? Even more importantly, will it do anything to improve security at the airports?

To combat these long lines, mysteriously appearing as we are in the midst of heading into summer travel season, the TSA recommends signing up for the TSA Pre. TSA Pre is an “expedited security screening program connecting travelers from airports within the United States with smarter security and a better travel experience.” For a one-time fee of $85, you can be pre-screened and avoid having to take off your shoes, take out your laptop, 3-1-1 liquids, belts and light jackets. The catch is that you are required to provide all of your personal information as well as submit to being fingerprinted. Accepting that the TSA will have all of your personal information in its database doesn’t sit well with many people, including myself. For frequent travelers though, it appears they may not have a choice if they want to avoid long wait lines.

Recently, the TSA fired one of its top officials, Kelly Hoggan, over the hours long security lines at airports causing many passengers to miss their flight. Hoggan was fired after receiving criticism for doing nothing about this intolerable situation. TownHall.com reported that,

At a House Oversight Committee hearing, TSA Administrator Peter Neffenger tried to pass off long lines due to staff shortages, but he had a more difficult time explaining why Hoggan had received $90,000 in bonuses, despite security lines not improving.

Crawling through the long lines for the TSA is inconvenient, but many travelers don’t usually make public is their personal experience dealing with TSA agents. Many people don’t think going public will do any good, while others are afraid of potential backlash if they complain about the way TSA agents treat them. Going through the airport, the TSA has total control. If they’re miserable, they have a tendency to take out their troubles on you in ways that leave you feeling victimized and violated. Whether the agents are yelling at passengers (even though their own website states that agents are expected to treat travelers in a friendly manner), or they are training a new employee, air travel is no longer exciting or fun.

I was with my mother in New Hampshire at the Manchester/Boston Airport flying home to Chicago when we ran into trouble. First, the TSA has implemented a new “line of defense” which entails “randomly” selecting people to have their hands swabbed for traces of chemicals. What I witnessed in the three airports I traveled through, including Manchester/Boston in NH, is that the agents in charge of this procedure only swabbed the hands of males. I found this to be troubling. Unless those agents swab everyone’s hands, this “safety policy” will never work. More so than protecting us, this system attempts to make people out to be terrorists and criminals because the machine detects hand lotions, some soaps, and even hand sanitizer as “traces of chemicals” because those items contain amounts of glycerin which can also be an ingredient in bombs. This new procedure is a pointless headache.

Things got worse at Manchester/Boston when our bags made it through the security screener, but my mother, who elected to be patted down, did not. After the agent completed the pat down, she informed my mother that she tested positive for “chemicals”. Instead of asking if my mother used hairspray, lotion, or something that might have tripped up the system, they instead abused their power and treated her as though she was a criminal. They were rude and did not extend the courtesies to her that their website describes.

Eventually, another agent checked her travel bag. Both my mother’s luggage as well as my own was in my possession at this point, outside the security area. An agent ordered me to hand her bag over and believed my mother when she informed the agent as to which bag was her own. Why would the TSA believe someone they are treating like a criminal unless it is a setup? After the bag was searched and it was determined the bag posed no threat, they took my mother into a private room for further screening. When the agent patted her down again, she used fresh gloves and found no traces of chemicals. My mother inquired about this and the agent rudely mentioned that perhaps the other agent had tainted gloves. When my mother inquired further, the agent denied saying anything about tainted gloves.

Finally, my mother was released after her 40-minute detention. She told me that one of the three agents in the room was a trainee observing the situation. It became inescapably clear that my mother was profiled so that this new employee could get hands on experience dealing with a real traveler in an aggravating situation. There were only three women requesting a pat down when we were traveling: my mother, an elderly woman in a wheel chair, and myself. The TSA would never dream of harassing an elderly person in a wheel-chair and wouldn’t typically harass someone in my age bracket, therefore, the only person left to accuse and detain for training purposes was my mother.

The TSA has the ability and power to make things up as they go along. One woman I witnessed in O’Hare Airport two years ago went through the body scanner and was pulled off to the side because three areas of her body were detected for having “metal objects”. It turned out, the woman had no metal in her body when they frisked her. The same thing happened to a male traveler at the Manchester/Boston airport. He went through the body scanner and the machine-detected metal forcing him to be frisked. They found nothing. Either the machines are that faulty or the agents themselves have the ability to have them give a false positive for their own purposes.

There is no worse feeling than being wrongfully accused and unnecessarily detained, and employee training should not be an excuse. The Week published an article detailing many personal accounts of how the TSA works from a former agent. In his article “Confessions of a Former TSA Officer” Jason Edward Harrington, described how as a TSA agent he was forced to confiscate items such as apple butter, celebration champaign for a young decorated soldier, and nail clippers from a pilot.

Harrington wrote “in private, most TSA officers I talked to told me they felt the agency’s day-to-day operations represented an abuse of public trust and funds.” In 2010, the TSA worked off of a secret list consisting of 12 nations that trigger enhanced passenger screening. They included: Syria, Algeria, Afghanistan, Iraq, Iran, Yemen, Cuba, Lebanon, Libya, Somalia, Sudan, People’s Republic of North Korea. Harrington also said TSA agents knew the full-body scanners didn’t work. Travelers were exposed to large amounts of radiation that TSA officials were required to say were safe. Going through full-body scanners, unbeknownst to travelers, they were subjected to ridicule from TSA agents behind the scenes who were viewing the nude images. Another insight Harrington discussed was how agents would subject travelers to pat downs or extra screening of luggage simply because the person was perceived as being rude.

Reading his account, it is obvious that these security measures really weren’t doing much to protect and defend our safety. This is evident in the fact that TSA agents have yet to stop any actual terrorists as they have failed to stop fake bombs 95% of the time in the test by federal auditors.  It should also be mentioned that unlike what the media is trying to tell us, there are few incidents of actual terrorism.

The TSA was created under the premise of keeping us safe. Whether it has or not differs depending on whom you ask. I believe the system was created with false intentions and was an effective way to strip travelers of their freedoms and rights in the name of safety. People would not give up their rights unless they felt the trade-off was beneficial. When I see the TSA install a new security procedure, I don’t see it as a means to protect us, but rather a way to show the public that the TSA is relevant and keeping us safe. If you travel frequently or not, remember, the poorly trained TSA has the final arbitrary control whether you will get through easily or with the maximum amount of difficulty.