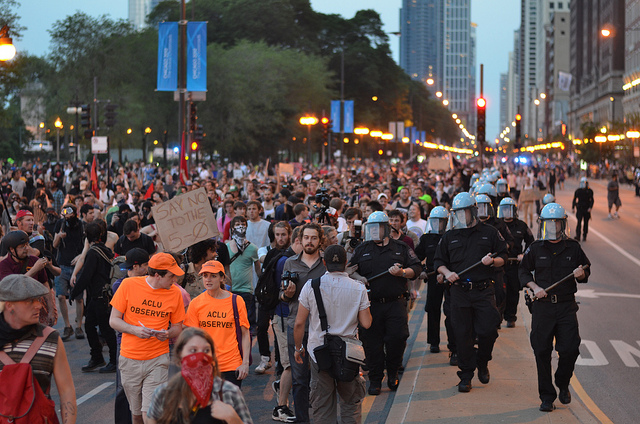 “Today I can announce that in the coming weeks, we will have the final details worked out on a comprehensive plan to fundamentally reshape our system of police accountability and it will be introduced at the following meeting of the full City Council on June 22. It will be based on the thoughtful suggestions made by my Police Accountability Task Force. It will also be informed by the conversations my administration is having with aldermen, community leaders, the U.S. Department of Justice and experts in the field. We want to make sure the police accountability system is trusted by the members of the Chicago Police Department and the residents of Chicago.”

I have received many calls about this statement and have seen and heard many reactions. The reaction of some of our friends and supporters is that the Mayor has opened a window of opportunity for CPAC advocates to walk right in and take a seat at the negotiating table. Then there are some who feel that the Mayor is stealing the thunder of our movement by getting rid of the IPRA and replacing it with a civilian version with the same authority. And finally there is the vast majority of the people in our movement (Black Lives Matter Chicago, Chicago Teachers Union, Trinity United Church of Christ and others) who clearly see that the people in our communities have been left out while the experts (from legal think tanks), political deal makers on the City Council, orchestrated community leaders and whoever else the Mayor knows he can manipulate is invited to the negotiating table. People who have been fighting for community control of the police, who represent tens of thousands in our communities as well as victims/survivors of police crimes and torture, have not been invited to the table.

But don’t get it twisted. We are not lamenting because we have not been invited or because we are vying to replace the  IPRA, to become yet another appointed body that can only make recommendations. That:

We want and we demand that the powers of the IPRA, the Police Board and the Internal Affairs Department to be put squarely in the hands of the people through an all elected, all Civilian Police Accountability Council. We are fighting for our inalienable democratic right as a people to determine who polices our communities and how our communities are policed.

By their actions the Mayor and the existing City Council have been complicit in the murder of Laquan McDonald and should be co-defendants of Jason Van Dyke and his fellow officers who perjured themselves. However, here they are devising yet another scheme to make sure the people are forced to trust a police force over which they have no power or control.

On June 22, all of us who are demanding community control of the police must be at this full City Council meeting and in the streets around City Hall demanding CPAC. Hold that date for our upcoming call for action.