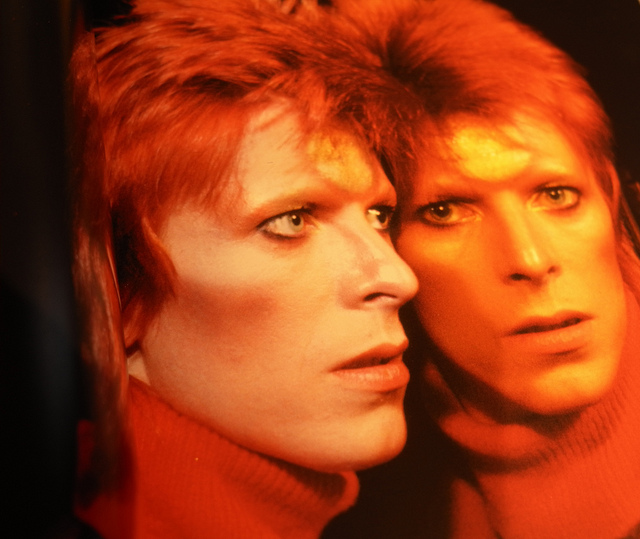 Five months into the year and already 2016 has proven itself to be an unfortunate year for music fans. Only ten days into the year, we lost one of the most creative musicians of a generation, David Bowie, to liver cancer. Seven days later Mott The Hoople drummer Dale Griffin died, and not even 24 hours later on January 18, fans were shocked to hear that Eagles guitarist Glenn Frey had passed away. January 28 saw the death of the Jefferson Airplane’s Paul Kantner. Still reeling from January, music fans didn’t find much peace in February when Earth, Wind and Fire’s Maurice White died on February 4. His death was followed by Lennie Baker, The Beatles Music Producer – George Martin and Keith Emerson. Most recently, music fans all over the world including myself, are mourning the death of legendary guitarist and humanitarian, Prince.

When David Bowie passed away, fans flocked to his home to leave flowers, notes, light candles, and sing songs in his memory. Images appeared on the news and social media showing fans in tears gathering around the their home made memorials. Mourning Bowie’s death went on for weeks and many fans are still coming to terms with his loss. Two weeks ago, media headlines were graced with Breaking News announcing the unexpected death of music icon, Prince. In similar fashion, fans traveled to his Paisley Park estate to leave purple flowers, notes, sing his songs and mourn together.

Public mourning is nothing new, but recently we’ve seen more of it than usual considering the deaths of two legends practically back to back. Social media has been a supportive environment for fans that want to connect with one another to share in their grievances, but it has also fueled the other side of this situation with people asking, “Why mourn a celebrity?”

For starters, it is important to remember that while the term celebrity might fit in this situation, we have been using the term “celebrity” too liberally (Kardashians, reality TV stars). With this in mind, many people, including myself, prefer to use the term “artist”.  That being said, there is a difference between an artist and a celebrity. An artist is an actor, musician, painter, dancer, or skater, someone who uses an art form to express or convey something to the world. While a celebrity is someone who is made famous. Considering how we use the term “celebrity” in today’s world, it is hurtful to many people when an artist is denigrated to the not-so-meaningful title of “celebrity”.

For people who have not developed a relationship with music (specifically, a particular artist), it is very difficult to understand why masses of people would mourn the death of a famous individual. Many mistakenly believe that this public mourning is unfounded, odd, and brought on simply because the deceased was famous. But is it really that odd to mourn someone who gave so much to so many people? Chief Professional Officer of the American Counseling Association, David Kaplan said,

There’s no rule book when it comes to grief. The emotion is so swallowing and vast that it’s hard to pinpoint why it manifests in the ways it does. But just because we can’t explain grief doesn’t mean it’s invalidated. We grow up with these people. We see their movies, we hear their music on a regular basis and we really get to know them. In a sense, they become a member of our family – especially the ones we really like.

The key word here is “family”. Through their work, we feel as though these artists are a part of our family. When they die, it does feel like losing a family member. Hearing on the news that David Bowie passed away hit me hard and I still feel an enormous sense of loss. People have told me, “you didn’t know him personally, you shouldn’t feel that upset…he’s not your family.” But the fact of the matter is that while we were not related by blood, we were like a family because his music got me through some painful times and gave me solace. Through Bowie’s music, he was always there for me. Prince’s death came as a horrible shock and is still painful to think about. I think most of us are still trying to make sense of it and come to terms with this new reality. Prince’s biggest fans seem to feel the same way and have expressed similar feelings, as I did about David Bowie. It isn’t the fact that these two were famous, nobody really cares about that. What we care about is how these people impacted our lives for the better and changed who we are.

Many times, we develop a relationship with a musician because their work touches us on a spiritual, social, or physical level. Whether it’s the kind of people they were, or the lyrics they write, people identify with these things. Lyrics seem to be about our lives and resonate with our current situation. For many of us, music is there when no one else is. Music understands us and doesn’t judge. When we lose an artist who has “understood us” and given so many positive memories, it is like a part of us has died too. It also reinforces a few points: 1) we will never be able to see this person perform again; 2) we think about how much more music the artist could have produced and lament what will never be; and 3) few artists exhibit the talents and genius both Bowie and Prince brought to the table. Losing them reminds us how few and far between people like that are and how our current state of music is lacking such creativity.

When you listen to a song, have you ever felt an instant connection? Did you feel like the lyrics were meant for you or that you could relate to the situation? Sometimes a whole album can sum up your life. When one connects so deeply to music and a particular musician, that musician becomes a member of ones extended family. They are valued as such. So when people mourn artists, it has a lot less to do with the fact that they were famous, but more to do with what they gave to our lives and how they impacted us. I read a story on social media shortly after Bowie’s death and this individual discussed how being gay was very difficult and that the area he lived in was not friendly. He felt alone, outcast, and strange. He wrote that seeing David Bowie and listening to his music made him realize it was okay to be different and to embrace who he is. Reading comments left on Prince’s online obituary, fans have written how it was his music that got them through rough patches in life and allowed them to come out on the other end okay.

Sometimes we feel a deep connection to family members; sometimes that deepest connection is to a friend or even a musician. We all have our individual reasons and mourning a loss is never wrong. Arguing that one is mourning an individual simply because they are famous is hurtful and denigrates the mourning individual to someone who “worships” people of status.

When your favorite musician passes on, it can be difficult to find the right words to express your appreciation for everything they’ve given to you. For me, I couldn’t sum up my thoughts and feelings about both David Bowie and Prince in a way that felt complete. How do you convey to someone who doesn’t understand why you are grieving the loss of someone you never knew personally, face-to-face? One person summed up their feelings of loss in the simplest and most expressive way, “You were always with me”.