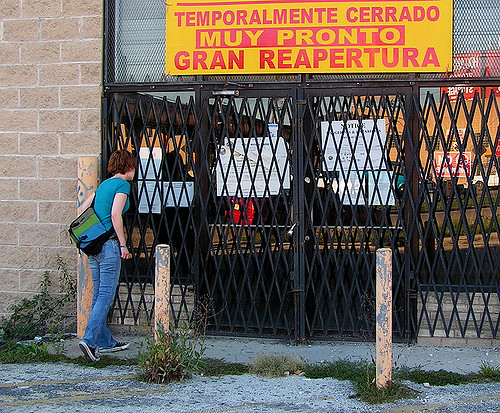 Facebook
Twitter
Pinterest
WhatsApp
Email
Print
Chicago is one of many cities that has a notorious past with public housing. When most people hear those words “public housing”, media-driven images of poverty-stricken, crime-ridden Cabrini Green and Robert Taylor homes come to mind. While we have taken down those “projects” and have installed some new public housing buildings, we have a long way to go to make up for all the units that were torn down. Progress is slow. As of 2015, 100,000 people are on the CHA’s housing wait list. In 2014 when the list opened, 200,000 people entered their names into a lottery and 100,000 were picked to register for the wait list. This left thousands denied the right to wait for public housing.

This is one of many problems Chicago’s public housing association must deal with. Making matters worse, there appears to be a gentrification issue within both minority and non-minority public housing communities. Rental costs are rising drastically and are causing turmoil and strain on families who are already in need.

According to his blog, community activist and CHA resident, Charlie Barlow discusses unfair property increases. As of May 2014, the flat rent on CHA rental properties was due to rise following a Notice issued by the US Department of Housing and Urban Development. Under PIH-2014-12(HA) , CHA is required to raise flat rents throughout Chicago for public housing residents re-certifying on or after Oct 31, 2014. CHA residents have two payment options: income-based rent equaling 30% of their adjusted household income, or a flat rent based upon market-comparable rents for the location of the property. According to Barlow, the CHA reported that 94% of its residents select the income-based rental option. For the 6% or 1,000 households choosing the flat rent plan, the new minimum rents have increased about 80% of the Fair Market Rent for all of Chicago. Barlow’s blog provides an example of this increase. Using the Altgeld Gardens as an example: In 2014, flat rent for a one-bedroom unit cost $350, $435 for a two bedroom, and $490 for a three- bedroom unit. After the change in rates, a one bedroom goes for $661- a difference of $311 =89% increase; a two bedroom goes for $784- a difference of $349 =80% increase; a three bedroom would go for $999 -a difference of $509 =104% increase. According to the website Chicagorehab.org, Chicago’s section 8 is at risk for losing its 16,000 “project-based units in the next 5 years.” Over 500 units were lost when private owners chose not to renew their contracts.

It isn’t just Chicago’s public housing residents that are feeling the pain. As Chicago’s rent continues to increase, many families are finding it harder to afford their rental payments. According to a report made by WGNTV.com, “1.5 million people rent in Chicago and the average price to rent a 1 bedroom apartment is $2,000 a month. Such prices were usually only found in Lincoln Park or the Gold Coast, while other (previously) less costly neighborhoods have seen skyrocketing rent prices. While this tax hike is being phased in slowly through 2019, it will cause rental prices to double as landlords pass the costs on to their tenants who are already barely making ends meet. Many landlords have told their tenants to either pay the increase or find a new place to live.

Another issue with Chicago’s public housing is gentrification. Chicago’s Lathrop Homes are considered to be the city’s most diverse public housing complex with units occupied by Black, White and Latino residents. At conception, there were 925 low-rise units, but only a small percentage of Lathrop is occupied today. Over the past 10 years, the CHA has been giving Lathrop residents housing vouchers when the CHA decided Lathrop would be scheduled for rehab. According to NPR, residents are angry and confused, protesting they don’t live in a distressed neighborhood, and are still fighting to keep their homes.

Like other cities, Chicago is trying to create a new face for public housing. The question is whether or not this is for the better good of the people. In theory it looks promising and there are positives, but there are also a lot of questions and concerns.

Instead of having buildings solely dedicated to public housing (projects), cities are creating “mixed income housing”. In this practice, one will find people who have money living next to those who don’t, in the same building. The idea sprouted from history as housing projects have typically been segregated from the rest of the city and its people (think of Robert Taylor Homes and Cabrini Green). By implementing mixed-income housing, developers and city officials believe public housing residents will benefit from bringing in wealthy neighbors. The thought is that businesses will want to come and more money will be injected into the local economy.

However, mixed-income housing is an extremely controversial matter. In 1999, the CHA began tearing down

housing projects, while promising to rebuild 25,000 units of public housing. The city has yet to reach their goal and now there are over 100,000 people in need. Lathrop is one of the public housing sites that is slated to become mixed-income housing. The chairperson of a group of Lathrop residents points out that the push for mixed-income housing is to “move the poor out and bring the rich in. Gentrification – we don’t care where you go, just get the hell out”.

The main battle of mixed-income housing is determining, “the right mix of incomes and how many public housing residents get to return to a refurbished development.” Lathrop’s fate has gone 50/50. Half of the historic development is to be torn down and the rest rehabbed. New Lathrop would have 500 market-rate condos and townhouses, but only 200 low-income apartments and 400 public housing units, down from 925.

Adding to the proof of gentrification is the fact that home sales near Lathrop are ranging from $500,000 to $1,000,000. Given these facts and the knowledge that Lathrop will only have 400 public housing units, most of Lathrop residents won’t be able to return. The Lathrop community feels that the remaining 525 units of public housing should be located on the north side. There is concern this may not come to fruition much less be entertained. NPR reported the results of implementing mixed-income housing. Studies indicate that public housing residents in the new developments are doing better, while most who have moved elsewhere still live in segregated, high-poverty neighborhoods.

It may seem like these are overwhelming issues, however, the only way to change or have any say is to speak up and become as actively involved in your community as possible. Public housing is a necessary and positive thing. It provides people with a stable roof over their heads and a place where they can live, raise a family, and try to become self-sufficient. There is a struggle right now to provide enough housing for the amount of people in need. The CHA has sold land that was originally designated for public housing to private developers who want to bring in mixed-income families and this in turn has lead to the unfortunate reality of there being a shortage of affordable housing for needy families. In many areas, people feel they are being pushed out because they are not in the economic elite. Gentrification is real and is making people’s situations worse.