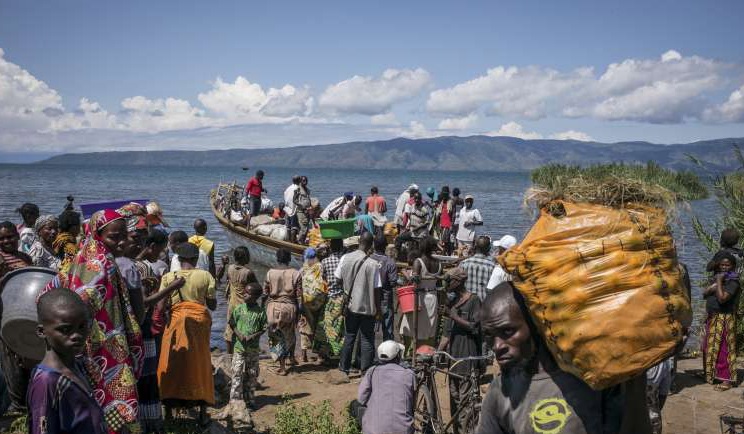 Facebook
Twitter
Pinterest
WhatsApp
Email
Print
Amidst much reporting about the growing refugee crisis in Syria, one refugee situation that has been largely forgotten is the one in the small African country of Burundi. Following severe violence during Burundi’s initial civil war, the country seemed to reach stable footing once a democracy was established. However, many fear that the country may soon become an authoritarian regime marked by violent rebellion due to current president’s Pierre Nkurunziza’s decision to run for an unconstitutional third term. Despite this action’s illegality, he recently won with 69% of the country’s vote. Rejecting his landslide victory, many citizens are gathering to fight back.

Violent protests and rebel actions have been carried out across the country since Nkurunziza’s announcement of his candidacy, and these continue to drive refugees into neighboring countries such as Tanzania and Rwanda. Since the problems began, an estimated 230,000 refugees have fled from Burundi, causing a significant economic burden and humanitarian crisis in the countries that they flee to.

This refugee crisis has caused existing diplomatic and ethnic tensions to reach a boiling point in the Great Lakes region, particularly between Burundi and Rwanda. The refugees moving into Rwanda have the potential to be a significant economic burden, and it is clear that this is not something that Kagame is prepared to deal with while he is trying to get the country’s economy on an upward trajectory. There are also reports that the Rwandan army is training the Burundi rebels, which may be caused not only by economic concerns but by old Hutu-Tutsi tensions that are flaring up as Burundi rebels take up arms along ethnic lines. Some Hutu groups within Rwanda have stated that they are ready to join the conflict in the hopes of ousting President Nkurunziza, which may drag the country of Rwanda into all-out war. As it stands, tensions continue to simmer, and it remains to be seen whether or not there will be a full armed conflict between Rwanda and Burundi.

While political tensions simmer, it is the people, not the governments that are suffering the most. The refugees who remain in exile face abysmal conditions in refugee camps, especially for the very young and very old. In some locations they have even had to contend with further violence, most recently in Kenya where a Burundian was attacked on his way to a clinic. Those who remain in the country have faced a wave of mass arrests that target the entire population, regardless of age. A story that made headlines just a few days ago was one case in which school children were arrested for disrespecting Nkurinziza in school, while over 500 others were sent home for similar offences. While the violence by rebel groups in particular has recently calmed, the threat remains, and the 450 who have so far been killed in the violence are not soon forgotten.

The main concern for the international community regarding the conflict between Burundi and Rwanda is how it may affect the Great Lakes region as a whole if interstate civil war breaks out between the two countries. This region of Africa has a long history of violence, especially ethnically based violence, so a continued dispute will only serve to escalate those tensions throughout the region. The international community is currently calling for peaceful discussion between all the countries involved so that some sort of peace agreement can be reached and the refugees will be able to return home. However, if Nkurinziza continues to belligerently cling to power and encourage violence in the region, the crisis will only continue to escalate.

Are UN Peacekeeping Missions Worth the Time and Resources?