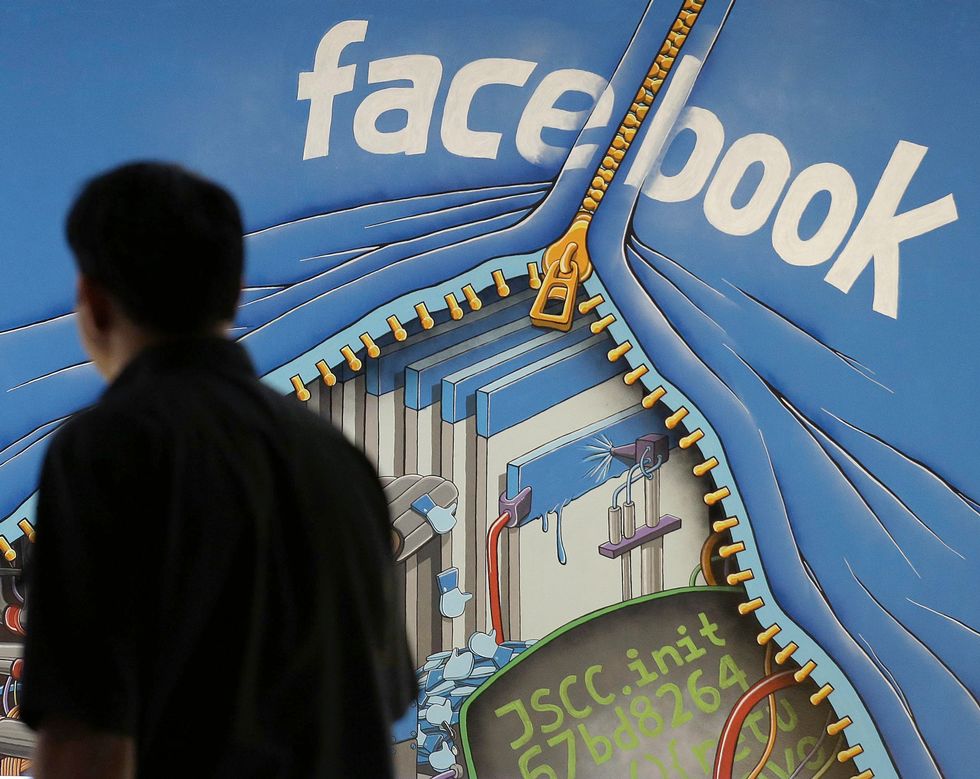 Facebook is a social network that has over one billion members. It’s a place for businesses and artists to connect their facilities or art with people, and a place for families and friends to connect and share their feelings, thoughts, and activities. Facebook prides itself on being inclusive of everyone. Recently, there has been an increase of Islamophobia and Islamophobic rhetoric on Facebook and founder Mark Zuckerberg vowed to fight this hate speech.

So how did Ahmed Rehab, Executive Director of the Council on American Islamic Relations (CAIR) – Chicago, get kicked off Facebook – twice – after posting criticism of Donald Trump’s own Islamophobic comments?

I want to add my voice in support of Muslims in our community and around the world. After the Paris attacks and hate this week, I can only imagine the fear Muslims feel that they will be persecuted for the actions of others. As a Jew, my parents taught me that we must stand up against attacks on all communities. Even if an attack isn’t against you today, in time attacks on freedom for anyone will hurt everyone. If you’re a Muslim in this community, as the leader of Facebook I want you to know that you are always welcome here and that we will fight to protect your rights and create a peaceful and safe environment for you. Having a child has given us so much hope, but the hate of some can make it easy to succumb to cynicism. We must not lose hope. As long as we stand together and see the good in each other, we can build a better world for all people.

Given that Zuckerberg made such a bold statement and openly told Muslims that Facebook is a welcoming environment, it seems to be a contradiction when a Muslim community leader critical of bigoted speech towards Muslims gets banned by Facebook. Most recently, on his personal Facebook page, Ahmed Rehab criticized Republican Presidential candidate Donald Trump calling out Trump’s, “false and racist accusation that Muslims refuse to assimilate” and asking why Trump wishes to bestow “Nazi mindsets onto our country.” After multiple pro-Trump trolls likely reported his posting to Facebook, Rehab was banned from posting for two days.

Rehab was exercising his right to free speech, which is constitutionally protected under our First Amendment. After he was allowed to post again, Rehab made commentaries regarding his experience being banned.

He posted again about Donald Trump, criticizing Trump’s Hitler-like attitudes. Within a matter of hours, Rehab was again banned from posting on Facebook for three days for speaking his mind and using free speech. During the start of his second ban, Rehab commented that Facebook apologized for his first ban stating,

Facebook sent me an apology, blaming the error on an employee, and yet still didn’t lift the ban despite several requests. This may not be a conspiracy, just a stupid, incompetent company at work”. Facebook originally told Rehab that his posts violated “community standards”, but a quick check of Facebook’s standards shows Rehab’s commentary not to be in violation.

This incident raises other questions. Why does Facebook ban and ask questions later? What does Facebook do if the employee reviewing the claim of standards violation is prejudiced? Why can’t you, the accused, fight your case more effectively with Facebook and be allowed to see the claim made against you or your post. It isn’t a fair system if you can’t defend yourself.

If Ahmed Rehab is banned consecutively for exercising his free speech, why aren’t so many others challenged in the same way?

Consider the Facebook pages dedicated to anti-Islam/anti-Muslim hate groups such as: “Exposing Islam,” “Stop Islam,” “Islamic morality is immoral,” “The Truth about Islam,” “Just Say No To Islam,” “North American Infidels,” “Ban The Burqa,” “Anti-Islam Alliance,” Bureau of American Islamic Relations (BAIR), “Women of the World United Against Islamic/Muslim Sharia Law,” “Pamela Geller’s Official page,” “A Cult Called Islam,” and “Bare Naked Islam.” These hate groups cause distress and fear for Muslims yet Facebook has no problem allowing these pages to operate even though many of these pages advocate killing, Islamophobia, and oppression against Muslims.

How do blatant attacks against a group of people qualify as “free speech” when the speech is clearly violent and threatening in nature? Most of those pages talk about killing Muslims, banning Islam and Sharia law, and practicing violence against anyone who is or looks Muslim. If Facebook actually holds community standards, these pages and individuals should be blocked for spreading violence and hate, not to mention, the insinuation of killing people. While language is protected under our First Amendment, threatening language that insinuates violence such as what is found on those pages cannot logically be deemed acceptable under those community standards. Yet for some reason, those pages rarely find themselves in trouble. When I reported an Islamophobic page, I was greeted with a friendly message from Facebook telling me that they reviewed my request but found the language did not violate community standards.

This wasn’t the first time I was surprised to find that these “community standards” don’t seem to apply to everyone. A few months ago my friend took a photo of herself and me; we were both wearing hijabs. I made that photo my Facebook profile picture. When I commented in rebuttal to someone who was badmouthing the Prophet Muhammad and the Qur’an, I was confronted with hostility and Islamophobia. I was called “terrorist” and this individual suggested I was going to, “don a suicide belt to kill people.” I reported this man and his commentary to Facebook for review on the grounds of “violating community standards” due to his hate speech. Within less than 24 hours I had a notification stating that his commentary was reviewed but staff found nothing wrong with it. It was suggested to block him.

On another occasion, I ran across what I deemed to be a dangerous and mentally ill individual who was talking about killing Muslims, his guns, and how he would like to lynch President Obama. I reported him but Facebook reviewed his comments and sent me a message about how he is practicing his right to free speech. This link provides information regarding Facebook’s community standards, which they don’t always seem to follow themselves.

To further prove that Facebook has a tendency to single out Muslims, I found that when my profile picture features me without a hijab, I could comment on someone I disagree with and not get my comment removed. Yet, when my profile picture depicts me in a hijab, when I disagree with someone, I have found that more frequently, my commentary is removed because it “violated community standards” or was otherwise deemed inappropriate.

While Ahmed Rehab has been fully restored to Facebook, it doesn’t take away from the fact that he was banned to begin with. It never should have happened. This is the fault of Facebook’s policies of banning first and asking questions later along with Facebook’s claim of “employee error.” It is a major problem that Internet trolls can have so much power to get some one banned even for a short time.  A large, sophisticated social media company such as Facebook needs to quickly be able to investigate whether “community standards” have really been violated before someone is banned. The standard apparently is to assume the poster is guilty until proven innocent.

Social media in general can be hard to navigate, especially if you are part of a targeted minority like Muslims, who now seem to attract attacks both online and on the streets. But there is even a bigger question here. With all of the attacks and hate directed at Muslims, why doesn’t Facebook step up and act on its claim of inclusiveness and take down pages that are spreading hate and violence against Muslims?