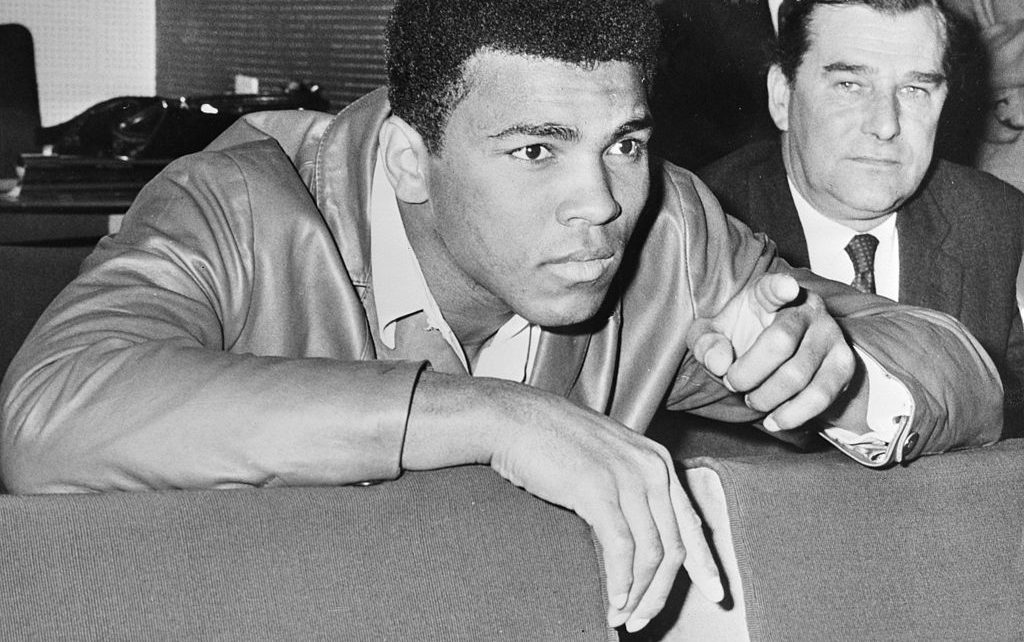 Facebook
Twitter
Pinterest
WhatsApp
Email
Print
“The Greatest” – Muhammad Ali died Friday June 3, 2016 at the age of 74. While his fans and admirers mourn worldwide, news of his death has reminded all people of Ali’s humanitarian and anti-racism stances, his disapproval of the Vietnam War, and his religion, Islam. Muhammad Ali will always be considered a sports hero, but he should be remembered and revered for his activism and demonstrating in his life that the Muslim community is committed to peace and social justice. 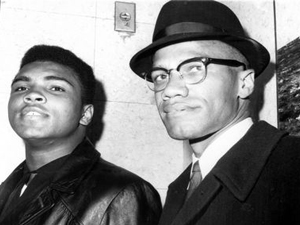 Card-carrying, what does that mean? I believe in Allah and I believe in peace. I was baptized when I was 12, but I didn’t know what I was doing. I’m not a Christian anymore. I know where I’m going and I know the truth and I don’t have to be what you want me to be. I’m free to be what I want.

As reported by CNN, Ali’s biographer wrote that Ali was attracted to the Nation of Islam’s strong message of racial pride and self-sufficiency. During an interview, Ali made a controversial statement in which he told a reporter he believed white people were devils. He later recanted that statement in a 2004 biography in which he said,

The Nation of Islam taught that white people were devils. I don’t believe that now; in fact I never really believed it. But when I was young, I had seen and heard so many horrible stories about the white man that this made me stop and listen.

In 1966, Ali filed for conscientious objector status and refused to fight in the Vietnam War citing that Muslims are not supposed to take part in any wars unless declared by Allah or his messenger. As an anti-war advocate, Ali said,

My conscience won’t let me go shoot my brother, or some darker people or some poor, hungry people in the mud, for big, powerful America. And shoot them for what? They never called me nigger. They never lynched me. They didn’t put no dogs on me. They didn’t rob me of my nationality, and rape and kill my mother and father. Why would I want to—shoot them for what? I got to go shoot them, those little poor little black people, little babies and children, women; how can I shoot them poor people? Just take me to jail.

This battle cost Ali millions of dollars of boxing revenue and nearly landed him in jail when the Supreme Court stepped in and ruled in his favor in 1971.

In the 1970s, Ali left the Nation of Islam and became a follower of Sunni Islam (a sect that comprises nearly 85% of all Muslims) and later embraced Sufism. His personality became softer but he continued to speak his mind. Shortly after 9/11, Ali made a statement that “Islam is about peace, and against murder and killing, and the people doing that in the name of Islam are wrong.”

In another show of power and force, Ali went after Republican Presidential candidate, Donald Trump when Trump criticized Muslims and suggested instituting a ban on Muslims coming to America. In a public statement entitled, “Presidential Candidates Proposing to Ban Muslim Immigration to the United States, Ali reiterated his stance and said,

We as Muslims have to stand up to those who use Islam to advance their own personal agenda. They have alienated many people from learning about Islam. True Muslims know or should know that it goes against our religion to try and force Islam on anybody.

Speaking as someone who has never been accused of political correctness, I believe that our political leaders should use their position to bring understanding about the religion of Islam and clarify that these misguided murderers have perverted people’s views on what Islam really is. I am a Muslim and there is nothing Islamic about killing innocent people anywhere in the world. True Muslims know that the ruthless violence of so called Islamic-Jihadists goes against the very tenets of our religion.

Ali’s most valuable contributions to American culture did not occur in the boxing ring, but outside of it. He was a heavyweight champion of civil liberties and civil rights, who sacrificed his boxing title for conscientiously objecting to the Vietnam War and who struggled against White supremacy inside and outside of the United States. Muhammad Ali the man is dead. But Muhammad Ali, the symbol, will live on as an example of how to live a life of dignity in pursuit of justice, no matter the consequence.

While the mainstream news media frequently mentions Ali’s boxing career and cites that as his main accomplishment, they forget that he was a Muslim who fought for civil rights and against war and racism. He not only believed in justice, but was willing to go to jail for it. He was a hero to the Muslim community and should be a hero to people everywhere.