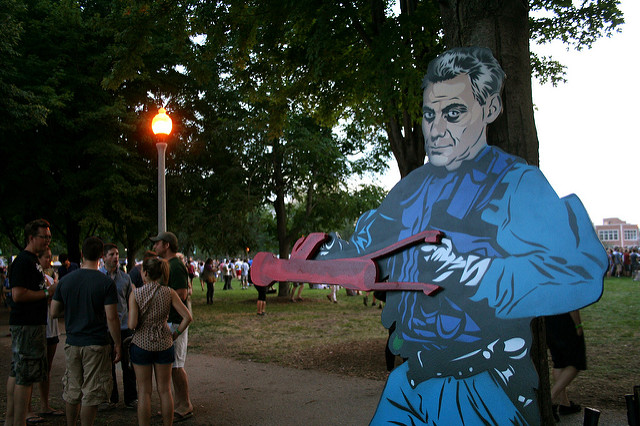 On May 13, 2016, Mayor Rahm Emanuel issued an opinion stating that the Independent Police Review Authority (IPRA) would be abolished, and that he was going to oversee the drafting of a new ordinance to tackle the issue of police accountability. He added, “The framework for the new structure was outlined in the Task Force’s reforms and is driven by core principles that lie at the heart of the police accountability: independence, integrity, transparency and citizen participation.” Let’s not forget that members of the Task Force he refers to were handpicked by him. He plans to unveil this new structure on June 22, 2016.

Here is what the mayor will recommend:

(1) a totally new agency to rebuild trust in investigations of officer-involved shootings and the most serious allegations of police misconduct; but the Police Board will continue to hear cases regarding those police officers who face allegations of serious misconduct;

(2) a new Public Safety Inspector General to audit and monitor policing in Chicago, and to conduct regular audits of the Chicago Police Department as well as investigations completed by the new civilian oversight agency; and

(3) a new Community Safety Oversight Board composed of Chicago city residents to oversee the city’s entire police accountability system, and be empowered to request audits and make improvements.

This scheme is so flawed, it is hard to know where to begin, but let’s start at the notion of “rebuilding trust.” The Black community has not trusted the Chicago Police Department since before the race riots of 1919 when many of the atrocities committed against Blacks were perpetrated by the police themselves. We are not trying to rebuild trust; we are trying to establish trust for the first time in nearly 100 years.

Secondly, the mayor’s Task Force asked the question, “How did we get to this point?” Their answers were:

As we examine the mayor’s recommendations, first on the list is the imperative that the Police Board remain in place. That, in and of itself, is the signal that nothing will change. The single most important player in the police accountability framework in Chicago is the Police Board, all the members of which are appointed by the mayor. Only that body has the power to discipline officers, and the mayor has already said that will not change.

But there’s more. The mayor’s Task Force cites racism as one of the reasons we have arrived at the point where we are now. However, nothing in the mayor’s recommendations addresses racism. Does he expect the new Public Safety Inspector General’s audits to fix rampant racism in the CPD? Or perhaps the new Community Safety Oversight Board composed of Chicago city residents can “request audits and make improvements” to fix it?

What about the “mentality of the CPD that the ends justify the means?” How is that going to be fixed? The mayor is expecting us to swallow a walloping glob of just-trust-me, and I, for one, am already gagging on the very notion.

As for the “significant underinvestment in human capital,” well, the mayor’s track record of closing schools and mental health centers in the Black community is ample evidence of how he’s going to handle that.

The mayor would have us believe that independence, integrity, transparency and citizen participation are all that is needed to address the issue of police accountability. Pretty words! But we know that the heart of police accountability is a way to punish officers who commit crimes,especially the crime of killing Black children. Naturally, there is nothing new in the mayor’s recommendations in that regard.

The mayor is a fool or thinks that we are fools, or both, the first deriving from the second. More than that, the mayor is blind, or, at best, short-sighted. The handwriting is flashing on the wall like a neon sign flickering outside a cheap pawn shop window, yet he remains on the same path to madness he began after the release of the Laquan McDonald video. Pander and posture, but do nothing substantive to fix the problem. Unless, of course, you consider issuing Tasers to CPD officers a step in the direction of more police accountability.

Police accountability will be the issue that defines the next mayoral and aldermanic elections. Yet, the mayor’s approach is to replace IPRA with a new IPRA-like body, one with no more teeth than IPRA had. Indeed, it would have few, if any, more teeth than the Office of Professional Standards (OPS) had. And he thinks that will make everything alright.

People are in the streets clambering for his head! Does he think we’ll forget? Does he think we will be appeased? I sure hope so! Because that will be the next step in his ultimate political demise.

Finally, how will the Public Safety Inspector General and members of the new Community Safety Oversight Board composed of Chicago city residents be selected? You guessed it! They’ll be appointed by the mayor.