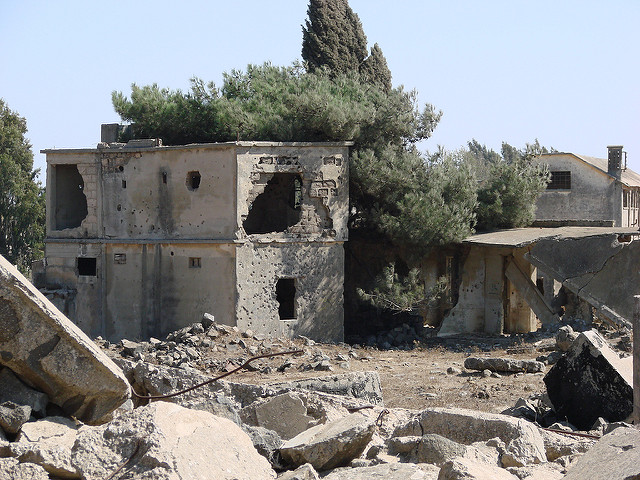 Facebook
Twitter
Pinterest
WhatsApp
Email
Print
The situation in Syria has been a proxy war almost from the very beginning. Conflicts in the past have been characterized as proxy wars if the conflict is between foreign powers but takes place on third party soil using third party civilians to fight. The situation in Syria fits this definition similar to the proxy wars waged by the US and USSR that we witnessed during the Cold War. But now the foreign powers that have a stake in the war are not limited to two entities. The US, Saudi Arabia, Iran, Russia, Turkey, Israel, Qatar, Jordan, the UAE, Bahrain, and Lebanon all are involved in Syria in some way. In addition, there are not only “foreign powers” involved but also non-state actors like al-Nusra and ISIS who have their own part to play.

We are not in the Cold War era anymore. 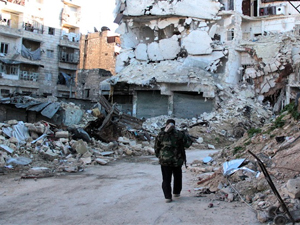 The heightened degree of foreign involvement does not necessarily entail a proxy war but the actions of the nations do. Russia quickly and assuredly backed Bashar Al-Assad in his effort to squelch the uprisings that began in 2011. Syria is Russia’s only close ally in the Middle East so it is unsurprising that Russia funnels approximately $2.4 million dollars every day into their operations in Syria. Russia clearly supports Assad’s regime, as does Iran, and they do so under the guise of the war on terrorism. In claiming that all those who oppose the government are terrorists allows Russia and Assad to take extreme measures and risk thousands of civilian lives in order to secure their interests in the region.

The timeline of events in Syria is reminiscent of the civil war in Afghanistan between the USSR and the US.  The situation in Afghanistan began as a civil war, not unlike the situation in Syria. The USSR invaded in 1979 in support of the government, but also as an attempt to secure an ally in Asia and to secure access to its vast supply of minerals and natural gas preserves. The US responded by pouring money into Afghan rebel groups, collectively referred to as the Mujahidin, and arming the rebels with anti-aircraft missiles and other weaponry. Ultimately, the Taliban succeeded in overthrowing the Soviet-backed government and took power in 1992.

What is interesting about the situation in Afghanistan is how closely it mirrors what has unfolded in Syria. In Syria, Russia quickly announced their unwavering support of Assad, even following the regime’s brutal crackdown on the uprisings. Russia immediately began dispatching delegations and envoys to Damascus and warned against foreign intervention. The US responded by implementing secret programs run by the CIA in neighboring countries to train and arm rebels. Despite threatening military intervention against the Syrian government, the US has remained indirectly involved in the fight against Assad.

The US’s numerous failed programs to arm rebels may be, in part, because the nation is war weary after the events in Afghanistan and Iraq. By arming and training the Mujahedeen, the US paved the way for Taliban rule. US support of not-so “moderate rebels” could lead to further destabilization and conflict if Assad does indeed relinquish power. The number of rebel groups in Syria far surpass those that were present in Afghanistan. With an estimated 1,000 armed rebel groups in Syria, deciding which factions to support is an arduous task to say the least.

The airstrikes in Syria have come from both sides. In September of 2015 Russia launched airstrikes against “terrorist groups” in Syria. Less than 10% of these initial strikes were against ISIS targets, focusing instead on anti-Assad groups, some of which are supported by the US and Turkey. Russia claims that it is carrying out attacks on terrorist organizations but the reality suggests an ulterior motive. Russia has been targeting non-state actors that oppose the Assad government under the guise of targeting “terrorist groups”. Moreover, such attacks are undermining US-backed action in Syria to combat ISIS and al-Nusra (an al-Qaeda affiliate).

The US, along with their Gulf allies–Saudi Arabia, Jordan, the UAE, Bahrain, and Qatar–have taken part in

airstrikes against ISIS. France has also recently joined the campaign and has stepped up airstrikes since the Paris attacks in September of 2015. For the US, air raids are reminiscent of the proxy war in Libya as bombing campaigns are considered a better alternative to “boots on the ground” that lead to the chaos of the Iraq war. There is a certain detachment that is characteristic of drone strikes and bombing campaigns that removes a degree of responsibility from foreign powers. For the US, this means being part of a coalition of nations that is part of a bombing campaign so it’s no longer the US sole responsibility.

Russia has suggested a joint action with the US led coalition against the al-Nusra Front on the Syrian-Turkish border, but the US State Department refutes than any such agreement exists. The US’s refusal to take joint action with Russia is an indication of the complex relationship between the two powers in Syria.

The “war on terror” is only one layer of the conflict in Syria as foreign powers are also grappling to secure their separate interests that primarily concern border security and complex alliances.

Turkey’s involvement in Syria is an example of the complexities that have colored the proxy war. Turkey’s main involvement in the war is in an attempt to secure the Southern border that the nation shares with Syria. Turkey vocally opposes Assad’s regime, especially after a Turkish fighter jet was shot down by the Syrian government in 2012.

Turkey is considered an ally of the US and is a member of the US-led coalition in Syria, but their relationship has become increasingly strained as of late. President Erdogan has criticized the Democratic Union Party (PYD) for being a terrorist group and an offshoot of the banned Kurdistan Workers’ Party (PKK) which has been actively, and even violently, opposing the Turkish government for several decades. The US, however, has supported the PYD in Syria for nearly two years as they have been mounting attacks against ISIS. This complicates the relationship between the US and Turkey as the US continues to establish controversial ties in the region with the sole goal of combating ISIS.

Moreover, Syrian Kurds appear to be leaning in favor of Russia which could jeopardize the vital relationship between the PYD and the US. In February, following the Geneva peace talks in which the PYD was not invited to, Syrian Kurds were invited to Moscow to participate in peace talks with the Kremlin. As Merab Shamoyev, chairman of the International Union of Kurdish Public Associations, called the invitation a “historic moment”, saying “Russia is a great power and an important actor in the Middle East. It is in fact not only an actor, but also it writes the script.”

The strained relationship between Shia Iran and Sunni Saudi Arabia has also pervaded the Syrian war as the Shia group Hezbollah from Lebanon has also become involved fighting alongside of Assad’s government forces. Saudi Arabia and their coalition partners are in an ongoing conflict with the Shiite Houthi rebels in Yemen. With the Saudis tied up in their war in Yemen, Iran also sees Syria as an opportunity to shift the balance of the war in their favor. Iran and Saudi Arabia are involved in two proxy wars – one in Syria and one in Yemen. As in many proxy wars, the conflict may seem about political ideology or religion, when most often it is a battle for power over strategic counties. There is little doubt that the events continue to unravel in Yemen they will have an impact on foreign intervention and non-state action in Syria.

Another unique element of this modern proxy war is the involvement of multiple non-state actors. Hezbollah, who is fighting alongside Assad’s troops, is a part of the government of Lebanon. But there are groups like ISIS and al-Nusra made up of multiple nationalities and mostly non-Syrians. Both groups have a global reach at least in affiliates in other countries. Being a Sunni group, it’s possible al-Nusra receives funds from individual Saudis, but neither group is sponsored by a national power. And, they also are in conflict with each other and have different goals for being in Syria. ISIS wants to expand their self-declared caliphate and al-Nura wants, as much as can be determined, to bring down the Assad government and strike at Western interests. This is one of the complications of the modern proxy wars – many of the players do not have similar aims at all and some players will never be able to be brought to the negotiating table.

Syria is a proxy war, but it has a much higher level of complexity than the proxy wars of the past. Regional as well as global actors have high stakes in the outcome of Syria. If Syria had been left a civil war rather than so quickly becoming a proxy war, the conflict would have been resolved one way or the other by the Syrians themselves.

When the dust settles and a negotiated solution is reached regarding the future government of Syria, it will not just be Syrian rebels and the Assad government at the table; Russia, the US, Turkey, Iran, Saudi Arabia, among others will all be present. ISIS and al-Nusra will not be at the table, but their continuing presence will be a cloud over all the negotiations.

Bashar Al-Assad: The Denial of a Dictator