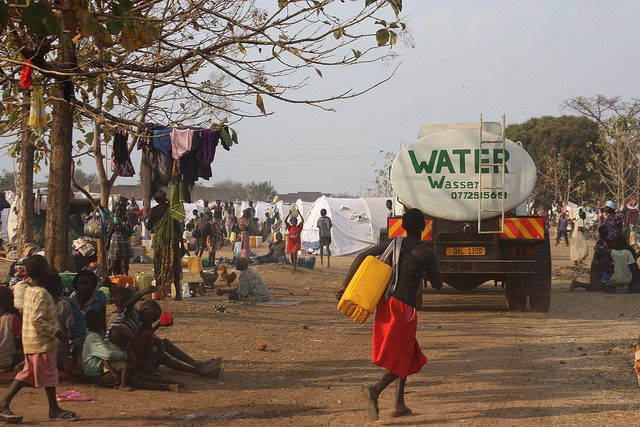 Facebook
Twitter
Pinterest
WhatsApp
Email
Print
South Sudan has had a long history of intense conflict between Northern and Southern factions as well as among ethnic groups. The source of the conflict that led to the desire for South Sudan to secede has been largely religious and racial, since the Northern part of the country is majority Arab and Muslim while the Southern part is mostly Christian, Animist and Black. The South Sudanese fight for independence began in 1962 and stretched for five bloody decades until peace between North and South was finally reached in 2009. Independence for South Sudan followed soon after, when the population overwhelmingly voted in its favor during a 2011 referendum.

However, in 2014, fighting once again broke out when the country’s vice president led a rebellion against the sitting president. This was largely motivated by ethnic conflicts that have existed for generations between the Dinka, Fertit, and Nuer ethnic groups. These conflicts are now being exploited for the political gain of the sides of the Sudan People’s Liberation Movement who stand with either President Salva Kiir or his ex-vice president Riek Machar. After a year of severe violence and a refugee crisis that affected several neighboring countries, peace agreements were reached in 2015 under the supervision of the United Nations and the Intergovernmental Authority on Development (IGAD). A new Unity government composed of both sides of the rebellion and members of each ethnic group was established.

Violence in South Sudan was recently declared to be at an end by South Africa, which played a significant role in drafting the peace agreement between the country’s warring factions. This sentiment has been echoed by the UN, which has expressed support for the new Unity government and hope for the future of the country. South Sudan’s northern neighbor Sudan has failed to comment on the situation, as they are currently dealing with their own unrest over issues in Darfur. However, in general, the peace agreements and subsequent new government have been heralded by the international community as a victory for peace and democracy. Unfortunately, according the the Human Rights Watch, the conflict is far from over, and significant violence is ongoing in the young country’s Western region.

The violence in the Western portion of South Sudan is largely against the Fertit people, and according to Human Rights Watch it is being committed by government soldiers who are mostly part of the Dinka ethnic group. The atrocities range from detainment to torture, rape, and even killing in towns across the West, especially in the city of Wau. These abuses by government troops demonstrate that ethnic conflicts have not yet been put to rest by the Unity government. If the Unity government does not even have the authority to control its troops, the stability of the entire peace agreement is in question. Clearly there is more work to be done before there can be real peace in South Sudan, and the international community must be a part of that solution.

Throughout the civil wars in South Sudan, the United States has been involved in fostering peace in order to protect its significant oil interests in the region. The United States was key in brokering the peace agreement between North and South after the civil war, and it recognized South Sudan as an independent state immediately after it seceded from Sudan, effectively affirming the South’s right to independence. Later, once violence erupted again, the US worked with IGAD to encourage an agreement between the two sides. This support eventually resulted in the 2015 peace agreement and the creation of the Unity government. Through that process, the United States condemned the violence by imposing sanctions on South Sudan in 2014. The scope of those sanctions was limited to people who continued to rebel against the government of South Sudan, and they prevent trade or business in and with South Sudan by those individuals. While these efforts have been made to promote peace, the United States has largely had its hands off the situation since the peace agreements were signed. However, the sanctions were recently renewed which shows that the US has at least some level of commitment to continuing to promote peace in South Sudan. The US also has provided significant financial aid to the country, especially to its judicial system, in order to strengthen their ability to prosecute corruption and violence within the country. These efforts have made significant strides toward promoting peace in South Sudan and showing that the US cares, even if only for the sake of its oil interests. However, the lack of US media coverage on the situation and the general international consensus that peace will soon be established, if it hasn’t been already, are truly issues to be concerned about.

While the State Department has taken some steps to quell the violence, the US media has failed to cover the situation entirely. Few Americans are aware that the situation in South Sudan is ongoing because of media bias towards other conflicts like Syria. The campaign trail is also devoid of talk about South Sudan as all of the frontrunners have been essentially silent on the issue unless the country is mentioned in passing as a place of terrorist recruitment. Additionally, the UN, in conjunction with South Africa, continues to present the issues in South Sudan as largely solved by the peace agreement and the new government. While the United Nations is currently reviewing a proposal to renew sanctions against South Sudan, the rhetoric continues to be that if the government can remain strong and enact the peace agreements the country will be at peace and the situation will cease to trouble the international community. It will be interesting to watch the situation unfold in the next few months as ethnic clashes continue in the West, and the death count of the Fertit people continues to rise. If the conflict continues to escalate, will the West be willing to take up the cause, or is the case of South Sudan closed in the minds of Western leaders?