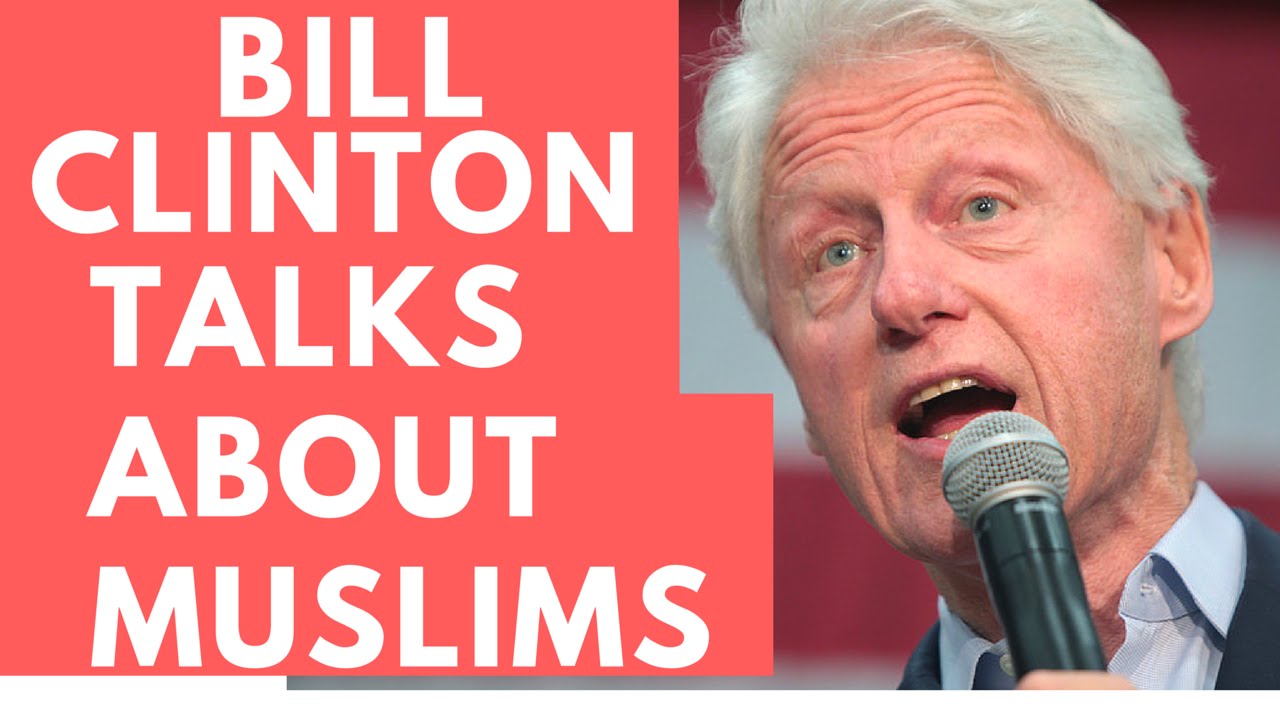 It’s the morning after. I’m With Her feminists are rejoicing; Feel the Bern progressives are hurting; and, Muslim Americans are hurting too. The day history was made at the Democratic National Convention marking the first time a woman has been nominated for President was also the day her party relegated all Muslim Americans as simply pawns in the political process.

It was the mid 1980s when I first earned the right to vote in America by virtue of turning 18. My father who escaped communism and gave up the right to see his family for 20 years — did so to enjoy religious freedom and to exercise his right to vote. Voting was never taken lightly in my household growing up in Chicago. It was respected as a right people sacrificed and died for. No matter how broken our election process is — I will always cast my vote.

In the 1990s as a young adult, I voted for Bill Clinton who espoused my Muslim-based, liberal views on helping people succeed in life. His youthfulness reminded me of the Camelot years that preceded my birth — but that I was reminded of by an old black and white Polaroid of my immigrant parents standing in the kitchen with a framed picture of JFK behind them. Though I’ve never affiliated with a political party officially and never will — I have primarily voted Democrat due to the ideals that aid the struggling, working class American.

I idealized Bill Clinton in my younger years after he passed the Family Medical Leave Act (FMLA.) Working in the Human Resources industry, I was affected by this act at work as I sold organizations HCM technology that administered approved-leave for employees with sick children or illnesses they themselves were battling. This act preserved a person’s job if there was a medical emergency. My family benefited from it as well. Without FMLA, my brothers and I would not have been able to stand at my father’s death bed for the hours, days and weeks that we did in his final days, surrounding him as he took his last breath. I have cried thankful tears over the gift of FMLA that Bill Clinton gave to Americans — that he gave to my family — feeling thankful for it for nearly 20 years now.

When my fellow Balkan brothers and sisters in Bosnia were victims of genocide, we cried at the primarily Bosnian mosque I attended in Chicago growing up. We sat heart wrenched watching the television, feeling helpless as Serbian forces pummeled the Bosnian population. We heard the stories you didn’t hear in the news. Sickening stories of savage rape and murder — particularly brutal accounts of barbaric acts done in front of family members to torture a population simply for being Muslim. Stories I can’t repeat for their barbarity. We cried and begged our government to do something.

I recall my mother wailing in the kitchen crying tears of horror: “Do something, President Clinton. Stop the Serbs!” It was too late for Srebrenica where more than 8,000 innocent Muslims were slaughtered in July 1995. Finally, Bill Clinton’s administration bombed Serbian installations stopping the war. We rejoiced. We cried. And we aided Bosnian refugees flooding into our mosque, some war widowed; all war weary. Some missing loved ones who perished, others missing limbs. That’s when I first learned what PTSD was. Though too late for so many, President Clinton saved many lives by taking action in the Balkans in the 1990s.

Just these two things alone made President Clinton one of the people I secretly dreamed of sharing a seat next to on a long plane ride — to thank him personally and pick his brain. I always found this home grown, southern boy who charmed in his Presidency — fascinating.

I have been in denial through the years as I have witnessed the Clinton / Clinton shift to right wing foreign policies that parrot the fear-mongering drum beats perpetuated by the well-funded islamophobia industry.

I say to Bill Clinton, listening to your speech last night where you romanticized your wife gave me some comfort in this political circus of a presidential election process — until you said what you said. And I’m not alone. 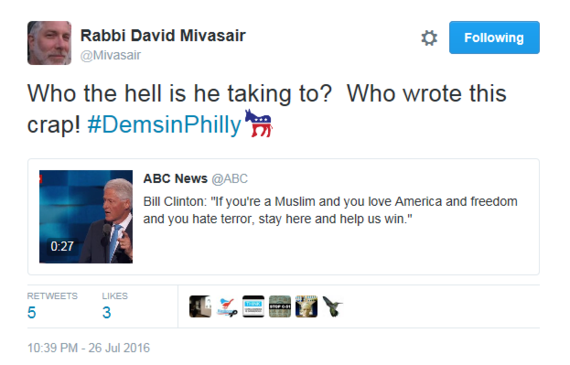 I felt like a girl who always carried a torch for a boy suddenly finding out the boy got married and was off the market. Weird analogy I know – but I felt a piece of my heart rip out last night.

Your conscious decision to lean on islamophobic fear mongering masquerading as a call for inclusion not only did not go over well with the Muslim American community, it broke hearts. 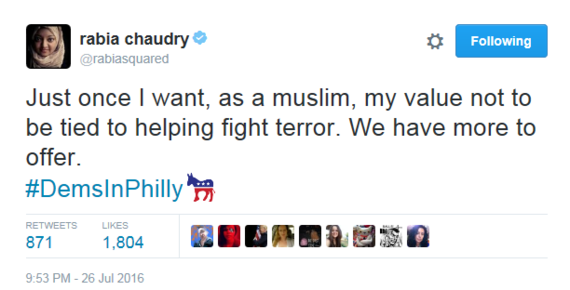 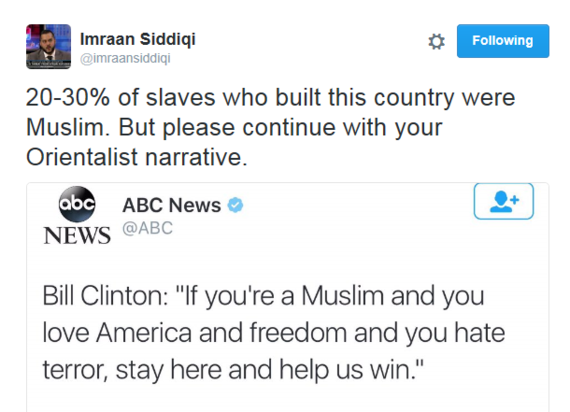 It’s clear that the Camelot dreams of Muslim Americans like me — born in Chicago, apple pie eating baseball fan are just that. Dreams. Muslim Americans are used for political gain since the parties before you did a good job of sealing the words “terror” and “Muslim” into one big peanut butter and jelly sandwich for voters to consume.

And you dished it out last night.

What would you say to me today, Bill Clinton, if we shared seats on a plane and I asked you about this?

What would you say to me, an American born Muslim woman who is engaged in the political process, who blogs about the islamophobia industry because what they do to demonize my fellow Muslims is wrong, if I said to you, “President Clinton, I am not a rag doll. I am an American citizen who happens to be Muslim. I am not your political pawn.”

What would you say to me?

What will you and your wife be saying to (and about) the Muslim American community in the future?

Faith and Trauma: Abrahamic Religions as Victims and Perpetrators