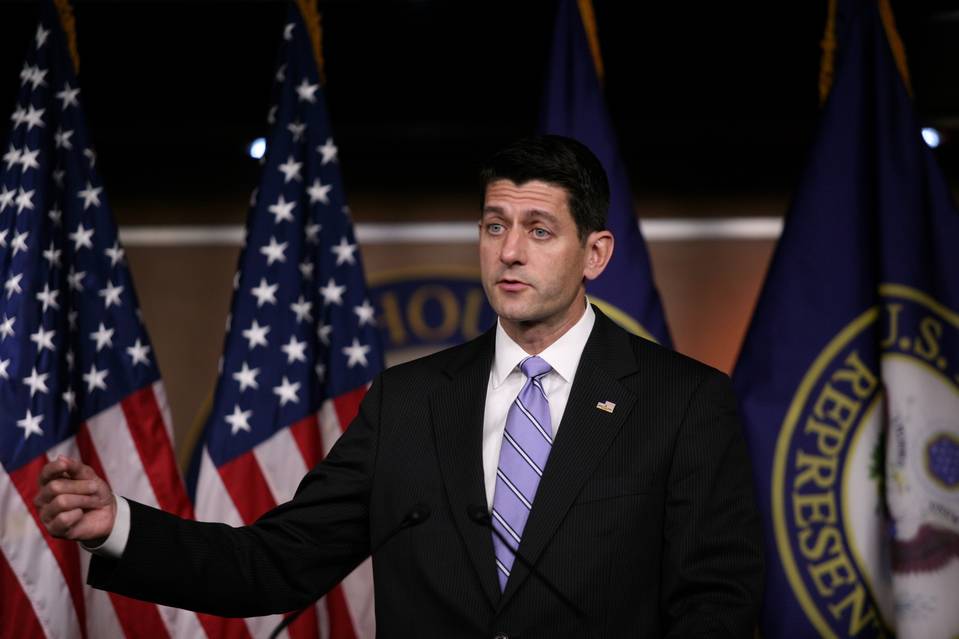 Facebook
Twitter
Pinterest
WhatsApp
Email
Print
Last month, numerous House Democrats staged a sit-in in the chamber of the House of Representatives. They were demanding that Speaker Paul Ryan call a vote on three pieces of legislation seeking to strengthen gun control in the wake of the Orlando massacre. The desire of Democrats in Congress to do all that they can to keep guns out of the hands of people intent on harming others is understandable, irrespective political leanings. But one of these pieces of proposed legislation makes a mockery of due process and seeks to undermine the very basis of the U.S. judicial system.

One of those bills that Democrats were seeking a vote on proposes that any person included on a terror watchlist (including the No Fly List) should be prohibited from purchasing a firearm. The problem? The watchlists are compiled by the FBI absent any type of articulable facts and are based on suspicion, usually only suspicion.

Due process is enshrined in the Bill of Rights

Yet there are those in Congress (and throughout the country) that believe the tragedy in Orlando (and similarly horrific tragedies such as San Bernadino and Newtown) justify infringing people’s rights as Americans.

Presumptive Democratic nominee Hillary Clinton on the Morning Joe show the day after the Orlando massacre stated “And I still am just totally bewildered by the Republican Congress’ refusal to block suspected terrorists from buying guns who are on the no-fly list.” This is the political reality that we live in today: one of the leading Democrats in politics is confused as to why Congress might have misgivings about suspending due process for anybody the FBI suspects of terrorist sympathies. President Obama similarly said recently

Congress should act to make sure no one on a no-fly list is able to buy a gun. What could possibly be the argument for allowing a terrorist suspect to buy a semi-automatic weapon? This is a matter of national security.

The government maintains multiple terrorist lists, the largest of which (that is known) is the Terrorist Identities Datamart Environment (TIDE) maintained by the National Counterterrorism Center (NCTC). The nonpartisan Congressional Research Office called TIDE, which contained over 1.1 million persons, the government’s “central repository” of terror suspects. Of that 1.1 million, only about 25,000 are American citizens or legal permanent residents.

The FBI’s Terrorist Screening Center also maintains its own “Terrorist Watchlist,” The Terrorist Screening Database (TSDB). The TSDB includes names from TIDE, as well as names identified by the FBI’s own surveillance operations. As of September 2014, 800,000 people were on the terrorist watchlist (5 percent of whom were either U.S. citizens or permanent legal residents). The Transportation Security Administration maintains two lists distilled from TIDE, the Selectee List (which subjects passengers to extra security measures) and the No Fly List. The No Fly List is a subset of TSDB and contains about 64,000 names.

According to the ACLU, the No Fly List is a “watch list of people the government has designated as known or

suspected terrorists and prohibited from flying to and from the United States and over U.S. airspace.” The list of names of the No Fly List is not available to the public, nor are those included on the list notified in any way, nor does the government explain why a person was included in the first place (citing national security concerns). The No Fly List is assembled from derogatory information about people gathered through intelligence, rather than evidence strong enough necessarily to win a conviction in court. The criteria for being included on the list according to the ACLU are

So broad and vague that they inevitably ensnare innocent people engaged in First Amendment-protected speech, activity, or association.

Furthermore, it is virtually impossible to challenge your inclusion on the list (egregiously violating the Fifth Amendment’s guarantee of due process).

Despite the fact that the Orlando nightclub shooter once appeared on the No Fly List, his name was removed by the time he purchased the weapons he used in the attack. The FBI investigated the gunman after they were alerted by his co-workers of potential familial ties to Al Qaeda and Hezbollah. Yet no charges were brought forth for lack of evidence. If the gunman had attempted to buy weapons while he was still on the No Fly List, the FBI would have been notified.

In 2007 the Department of Homeland Security (DHS) instituted the Traveler Redress Inquiry Program (TRIP) to create an avenue for people who were mistakenly included on the No Fly List to challenge their inclusions. People regularly challenge their inclusion on the No Fly List as well as the list’s validity. The ACLU and many other organizations claim that the No FLY List deprives a person’s “life, liberty or property without due process of law,” in direct violation of the Fifth Amendment. Nevertheless, the DOJ continues to state that the No Fly List is irreplaceable as it plays “an indispensable role in aviation security.”

Inclusion on the No Fly List should never be used as sole justification for abridging a citizen’s rights, even a citizen’s Second Amendment rights. The process by which a name is added to the No Fly List is shrouded in secrecy and it creates constant instances of mistaken identity and confusion (Senator Ted Kennedy and Cat Stevens both were once included). The No Fly List is compiled by the government based on suspicion (not evidence) and those who find themselves on the No Fly List have no legal option to challenge their inclusion. This is a clear lack of due process and directly violates the Fifth and Fourteenth Amendment. Democrats in Congress ought to reform the No Fly List and seek to decrease its size, not use it as a means to further violate Americans’ constitutional rights in the wake of a national tragedy.