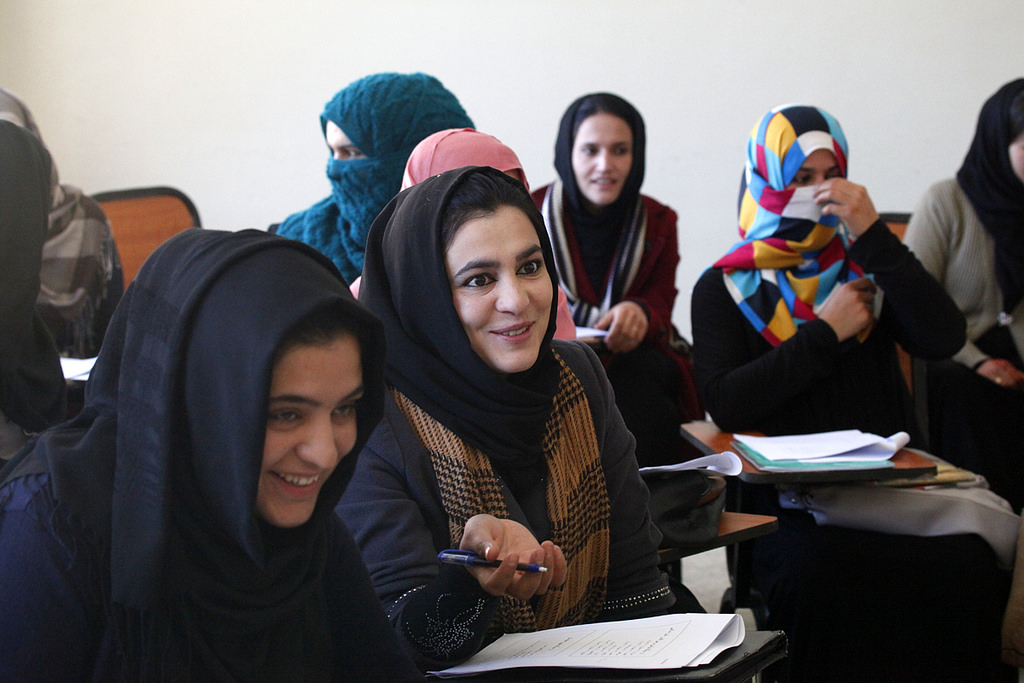 Facebook
Twitter
Pinterest
WhatsApp
Email
Print
Hate toward other groups of people has increasingly been instilled in the hearts of people who commit hate crimes and other forms of negative behavior. The media has had a big part in brainwashing society into thinking that the Muslim community oppresses women. The statement that America is the land of the free for all people has been neglected as many have lost their rights and freedom due to constant harassment. Muslims have been viewed as violent people even though Islam promotes the opposite of violence and hate. Generalizations are the sound-bites of the day. Many people fail to fully educate themselves and instead allow the media to teach them stereotypes.

There are many cases where Muslims have been the victims of harassment or hate crimes. Sadly those incidents are often not portrayed in the media.  Islam as a religion does not oppress women; it  gives them the freedom of getting an education, working and owning their own assets. At the college level, many Muslim covered women are viewed as foreign and “different from everyone else.” Many people choose to act in rude and negative ways, while others decide to be moderate and gain experience from a culture new to them. At my university, University of Illinois at Chicago (UIC), being “foreign” is any appearance that doesn’t look “common.” That can be anything from wearing a head scarf to having a different skin color.

From personal experience, whenever I raise my hand in class and speak, people look at me with shock at the fact that I can speak English. Clearly there is common belief that all covered Muslim women cannot speak up and express their thoughts. This is the kind of stereotype that reinforces a lower status for Muslim women. It’s one example of a sad reality that many Muslim women face on a day-to-day basis.

A friend of mine enrolled at UIC has an apartment near campus. This is a girl who wouldn’t hurt a fly. As she was walking to campus, she came across a lady who was walking her dog. As soon as she saw my friend, the lady screamed, “Move to the other side, my dog is afraid of covered women.” That incident demonstrates her bigoted attitude and is degrading to the status of Muslim women. Pre-judging someone before you actually know who they really are is a sign of closed mindedness and lack of education. In this example, my friend was very offended, but choose not to say anything because she was running late to class. Harassment has become a common occurrence.

Another example involves the Student for Justice in Palestine (SJP) organization at UIC. They do many fundraisers and awareness events about the occupation of Palestine. They received a death threat after doing a demonstration of how children in Gaza get killed although they are innocent. The event did not bother anyone and it was all done in silence to grab the attention of students on campus. Two students acted out playing soccer on the beach and suddenly get shot and attacked (exactly what happened in Gaza).  Another student held up a sign saying “Silence will only kill Palestine.”  The event was meant to spread awareness about how staying silent will only hurt Palestinians more. The very next day an email was sent to the head of the organization saying “next time you guys do anything, it will be your real bodies on the ground.” It was very disturbing that this happened to an organization that includes Muslim and Arab students at the university.

It is sad to say that many times your rights get brushed off. One may be able to file a lawsuit or simply yell something back, but choose not to. Responding in the same mean-spirited way is never the answer, but not letting people step all over you is also very vital. Assuming things about a certain person doesn’t only degrade them, but also can spread more negativity. When my friend was yelled at by the lady with the dog, the people around her did not say anything but gave dirty looks to my friend. Many Muslim women have to go through the annoyance of having other students and even professors making false assumptions that may drag down their personal status. As a college student, sometimes it seems professors will say negative or just wrong comments about Islam or they will favor students that are the same nationality as them.

All this comes back to how being different comes with a price which simply should not be the case. This is unacceptable in this very diverse society and indicates a failure of our educational system. Although there are many successful Muslim women who get through college to become doctors, engineers, and lawyers, still negative stereotypes are spread about them in the media. Being from this merciful religion we are told to aspire what we dream for and don’t let negativity and hate get in the way. Muslim women are smart and strong individuals who try their best to break the negative stereotypes that are constantly portrayed and fight back to get the status they deserve. Having to deal with these issues, some slowly loose hope and stop defending themselves. Becoming involved in society is harder when one is constantly fighting for simple rights. When dealing with harassing people, there is always the choice of letting it go or verbally fight back. For too many Muslim women, this harsh reality has affected them and their motivation to become active members of society.