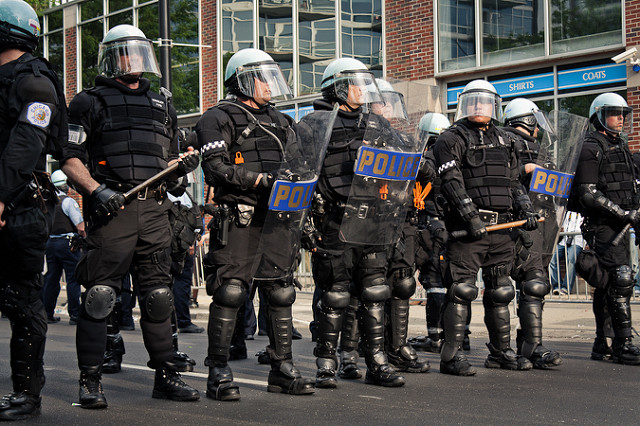 Facebook
Twitter
Pinterest
WhatsApp
Email
Print
Last Tuesday, Dean Angelo Sr., President of the Chicago Fraternal Order of Police (FOP), “decried an unprecedented ‘level of disrespect’ faced by officers on the street,” according to an article in that day’s Chicago Tribune. The article went on to quote Angelo, “We’ve limited the officers’ ability to put people on the wall . . .” referring to what officers called the spread-eagle searching of detainees when Angelo was in the gang crimes unit back in the day.

The inimitable Malcolm X would have characterized what Angelo is seeing as a clear-cut case of the chickens coming home to roost. The Chicago Police Department (CPD) is notorious for being rude, disrespectful, disingenuous and dishonest. For years, indeed, decades, the CPD has routinely lied under oath in criminal trials. They have confiscated money from people, kept it and failed to inventory it. In some cases, they have outright robbed people in broad daylight. They have cursed at civilians and used racial epithets as a matter of course. All of this with no repercussions whatever. Moreover, they are being investigated by the Department of Justice (DOJ) because of a series of complaints filed by civilians concerning the problem of the CPD using excessive force. There are a lot of chickens out there with their heads turned in the direction of the CPD.

Angelo is living in a fantasy world where officers are the hapless victims of the disrespecting populous. What he fails to realize is that respect is earned, not awarded, and the CPD has failed to earn the peoples’ respect. In truth, the CPD has never sought respect. It has sought obedience. The two are not the same. When CPD officers got obedience, they thought they were getting respect. They were mistaken.

Moreover, racism among FOP members in the CPD has been documented for at least 40 years. The Mayor’s Police Accountability Task Force earlier this year and the 1972 Metcalf report entitled The Misuse of Police Authority in Chicago both cite racism as one of the underlying factors contributing to the abusive treatment suffered by minority citizens at the hands of the police. Racism and the desire for respect don’t exactly go hand in hand.

Angelo points to the videotape of Jason Van Dyke murdering Laquan McDonald being played over and over again in the media as an example of how the media disrespects the CPD, and contributes to the milieu of disrespect police find themselves in today. What Angelo fails to realize is that FOP members of the CPD have never been respected in the Black and Latino communities. Feared perhaps, but never respected. Now, with the McDonald tape having been released and the public eye being focused on the CPD, even the fear is waning. With the fear gone, the disrespect that has always been there can be expressed. That is what CPD officers are now seeing in the community.

According to the Tribune article, “Angelo spoke of how poverty, drug activity and violence have gone hand in hand for generations . . ..” He is then quoted as saying, “You can’t police your way out of this, but you look to police to deal with the fallout.” He is absolutely right. The part he did not and does not realize is that for decades, that has been the role of police departments in this country. That is their role today. Their role has never been about solving crimes. So his alluding, as he did, according to the article, to the possibility of homicides reaching 900 a year is misguided. The notion of police solving and preventing crimes is merely a ruse to conceal their true purpose, to wit, to control and contain the masses. What CPD officers are witnessing is a refusal of the masses to be controlled and contained. That refusal has nothing to do with respect. It has everything to do with freedom from control, freedom from containment. The sooner Angelo and his ilk understand that, the better off we all will be.