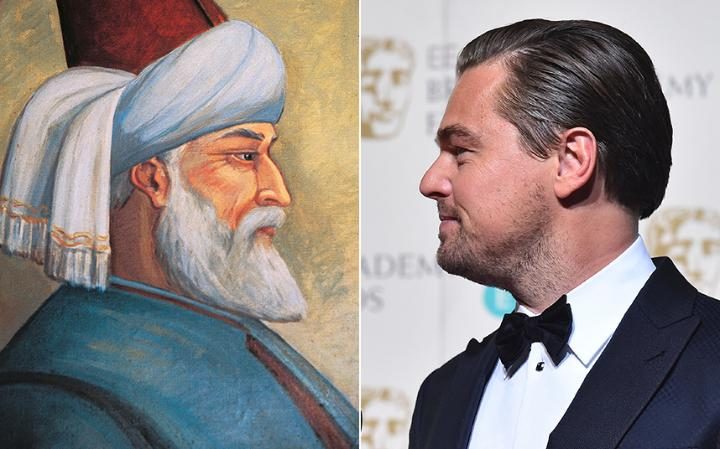 Facebook
Twitter
Pinterest
WhatsApp
Email
Print
The history of Hollywood is stained with the systematic erasure of Asians spanning from 1915 with the casting of Mary Pickford in the silent film “Madam Butterfly”, to 2017’s upcoming live adaptation of Japanese anime, “Ghost in the Shell” starring Scarlett Johansson as Motoko Kusanagi.

Casting white actors as characters of colors is simply another manifestation of the historical exclusion and silencing of marginalized peoples. Furthermore, it perpetuates systematic bigotry within all manifestations of arts and culture. 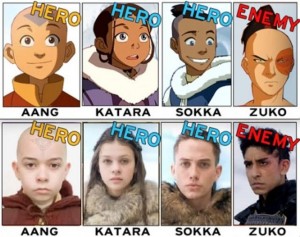 Frequently, there is a trend that protagonists of color being played by white actors while antagonists are played by actors of color. In the highly disappointing live action adaptation of the widely acclaimed Nickelodeon cartoon, “Avatar: The Last Airbender”, the three main protagonists, Aang, Katara, and Sokka, were played by white actors. Meanwhile, the main antagonist of the story, Zuko, is played by an actor of Indian descent. This practice of casting white actors as heroes and brown actors as villains perpetuates a system of othering that binarizes white and black, then conflates it with the concept of good and evil.

hit TV show “Lost.” “Lost” follows the lives and stories of dozens of (predominantly white) men and women brought together by fate as they are stranded on an island after a plane crash. While there were a few characters of color, they were personifications of racist stereotypes. Sayid, the one middle-eastern character, is a torturer in the Iraqi army. By characterizing the only Muslim character as violent, the show perpetuates the stereotypes that Muslims are terrorists. Brownness is equated with corruption and violence. This is contrasted with the main protagonist, Jack – a white, American doctor who, despite his moral lapses, is the respected leader of the group and is deemed redeemable. The two characters are binarized to a degree: the civilized, respectable white man, and the violent, uncivilized brown man.

This binary manifests in a score of films – such as “American Sniper” – where the “white protagonist vs. brown/black antagonist” creates a system of othering in which whiteness is glorified and brownness is vilified. This leads the audience to identify with the white hero, and criminalize the brown bad-guy. The issue with film is that it typically doesn’t distinguish itself from reality. The actors embody a role, immerse themselves in a fictional storyline, and create a separate reality in which the audience is absorbed. Since there is no explicit distinction made by the actors between the fictional world they live in and the reality of the audience, the two realities intertwine. Thus, the ideologies of the film begin to seep into the minds of the audience. If exclusively white actors are cast as protagonists, there is the risk of viewers seeing the world in a very black and white way – with way more white than black. If Hollywood continues to feature a predominantly white cast, eliminating diversity in the films, it runs the risk of undermining our understanding of diversity in America as well as our understanding of self and other, good and evil, West and East.

While brown actors are readily cast to portray antagonists, specifically terrorists, middle-eastern protagonists are hardly, if ever, portrayed by people of color. From Jake Gyllenhall as the Prince of Persia to Russell Crowe as Noah to, potentially, Leonardo Dicaprio as Rumi, white actors occupy the roles of protagonists of color.

Criticism of Hollywood for lack of Asian and Arab underrepresentation in film, has been especially spurred by the potential casting of Leonardo Dicaprio as 13th century Persian Muslim poet, Jalāl ad-Dīn Muhammad Rūmī. Director David Franzoni stated that one of the aims of this movie would be to “challenge the stereotypical portrayals of Muslim characters in western cinema.” According to Franzoni the way to do this is to cast famous white actors as Persian Muslims. However this is counterproductive and actually reinforces the practice of equating whiteness with goodness.

The whitewashing of positive depictions of the East is nothing new. The practice of attributing Eastern achievements with Western civilization is a historical trend from the beginnings of civilization in Egypt and Mesopotamia to organized monotheistic religions in the Middle East. The very concepts of civilization were born in what is now seen as “the East,” but today civilization is a Western invention and Jesus is white.

So white directors envisioning Rumi as white is not a surprise. It is a means of maintaining the binary of the civilized West and the savage East, the heroic white man and the evil brown man. This is not just whitewashed casting in a film; this is a manifestation of the insidious effects of colonization and empire that has managed to bleed into every corner of American Life.

Hollywood entertains the idea of an exotic East from Japanese animes to philosophical Persian poets and adapts its orientalist fantasies to please Western eyes. However, the trend of casting white actors and actresses as people of color has incited much anger from the public. Individuals are placing pressure on Hollywood directors to diversify their cast and to cast people of color for roles depicting minorities. Combating negative portrayals and misrepresentations of Muslims, Arabs, and Asians in film, can challenge stereotypes and contribute to the fight against discrimination, particularly Islamophobia.

While proportional representation of minorities in media is far from being achieved, steps have been taken towards creating a more diverse film industry. The ABC sitcom “Fresh Off the Boat” stars Chinese-American actress Constance Wu, a vocal activist for Asian-American presence in Hollywood.

Marvel’s Black Panther, challenging the archetypal white hero, is set to release in 2018. And recently, a
petition against the casting of Dicaprio as Rumi has gained 7,000 signatures and it has been said that “[Dicaprio] hasn’t been asked but regardless he will not be pursuing the project.” Ripples of resistance have been made, and it’s only a matter of time until the collective people make waves within the film industry.

Will American Drone be the Next Best Picture?

Will American Drone be the Next Best Picture?