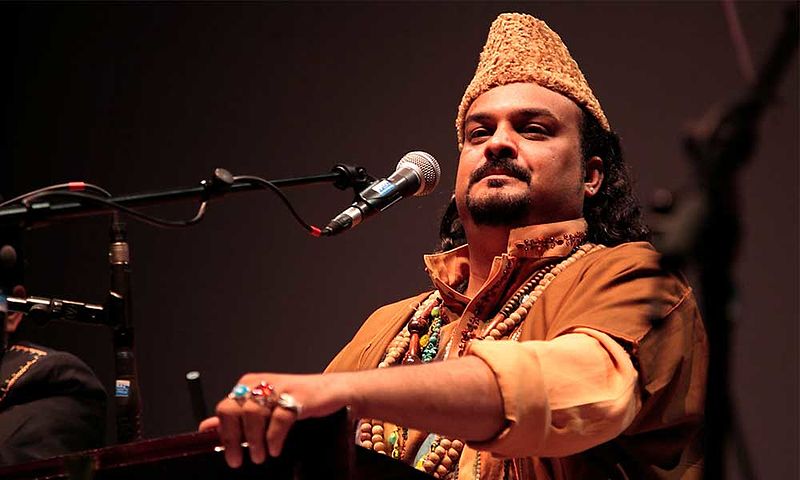 Facebook
Twitter
Pinterest
WhatsApp
Email
Print
On June 21st, famous Sufi singer, whose songs called for peace and love, Amjad Sabri of the Sabri Brothers was shot dead in Karachi, Pakistan. The devoted qawwalist (devotional musician) practiced his skills every evening after evening prayer with his family, often performing poetry written by his father and brothers. The talented artist was targeted in what has been identified as an act of terrorism, and is also easily categorized as a hate crime. For the past several years, anti-Shia, anti-Sufi, and anti-Ahmedi violence has risen around the Middle East and dominantly Islamic world as Sunni extremists become more powerful and gain more traction.

The multiple Islamic sects are not strangers to this kind of hate. In Pakistan, Shia, Ahmedi, and Sufi Muslims have been subjected to stalking, hate crimes, and large-scale violence.

In 2014, a suicide bomber attempted to blow up a school in a Shia dominated area of Pakistan with hundreds of kids inside. Two years before that, twenty-three Shia Muslims of all ages were killed in a grenade blast during prayer time in Rawalpindi. An Ahmedi doctor was shot dead in early June of 2016 for providing aid to the minority group. These are only a handful of examples in the sea of sectarian persecution in Islam.

Where does all this hatred come from? The split between Sunni Muslims and Shia Muslims, the main two sects, after the death of Muhammad has caused millions of deaths over the years and does not seem to be showing signs of slowing down.

In an overly simplified explanation as to what the difference is between these two groups, Shia Muslims believe that Ali, Muhammad’s son-in-law, should have been the successor to the prophet, whereas Sunni Muslims maintain that Abu Bakr, the prophet’s father-in-law who became the successor, was the rightful leader. Most Sunnis and Shias view the story of what happened and who was involved differently, and historical evidence varies from author to author. The split caused changes in ways the groups practice Islam, which brings us to today.

The majority of Islamic extremist groups in the world today are violent Wahhabis, people who belong to an extreme branch of Sunnism. Wahhabism ideology supports one of the roots of Islamic extremism based on the idea that any variation of Islam that is not the Sunni variation is wrong and that any religion other than Islam is wrong, and both are punishable by death. Saudi Arabia is the birthplace of Wahhabism, and while the majority of the citizens do not practice this, the government is mostly made up of Wahhabis and Wahhabi sympathizers.

Sufis and Shias are considered to be Muslims in the Constitution of Pakistan, yet after some time the general population grew to consider their practices shirk, a term that signifies worshiping idols or more than one God. Ahmedi Muslims are no longer considered Muslims, and the Pakistani Constitution was amended specifically to define what a Muslim is to exclude Ahmedis.

With these sects being steadily and increasingly attacked, it is also important to note that the overwhelming majority of Sunnis are against the Wahhabi agenda and no branch of Islam or any religion is truly safe from the threat of the extremists. Three hundred Sunnis from an Iraqi tribe were murdered by ISIS in October of 2015, and seventy-two people of no specific ideology in Lahore a few months later.

It seems that the only true resolution for sectarian violence is proper education on the sects and the dissolving of the Wahhabi mentality. If that ideology is not reformed, then the deaths of minorities in the religion will continue to steadily increase. However, the ideology is heavily politicized, and with allies such as the United States and the United Kingdom supporting Saudi Arabia through arms and trade agreements, criticism of the Saudi  lifestyle seems far off.

Remembering Amjad Sabri is an important step towards condemning the violence inflicted on him. Support from all religions and all sects – Sunni, Sufi, Shia, and Ahmedi – will prove that the extremists who kill based on belief are sorely outnumbered. In light of the recent events, we can remember that the Sabri Brothers sang about a life of peace and tranquility. As the Sabri Brothers say, “Even we, the downtrodden, will see our days turn for the better!”