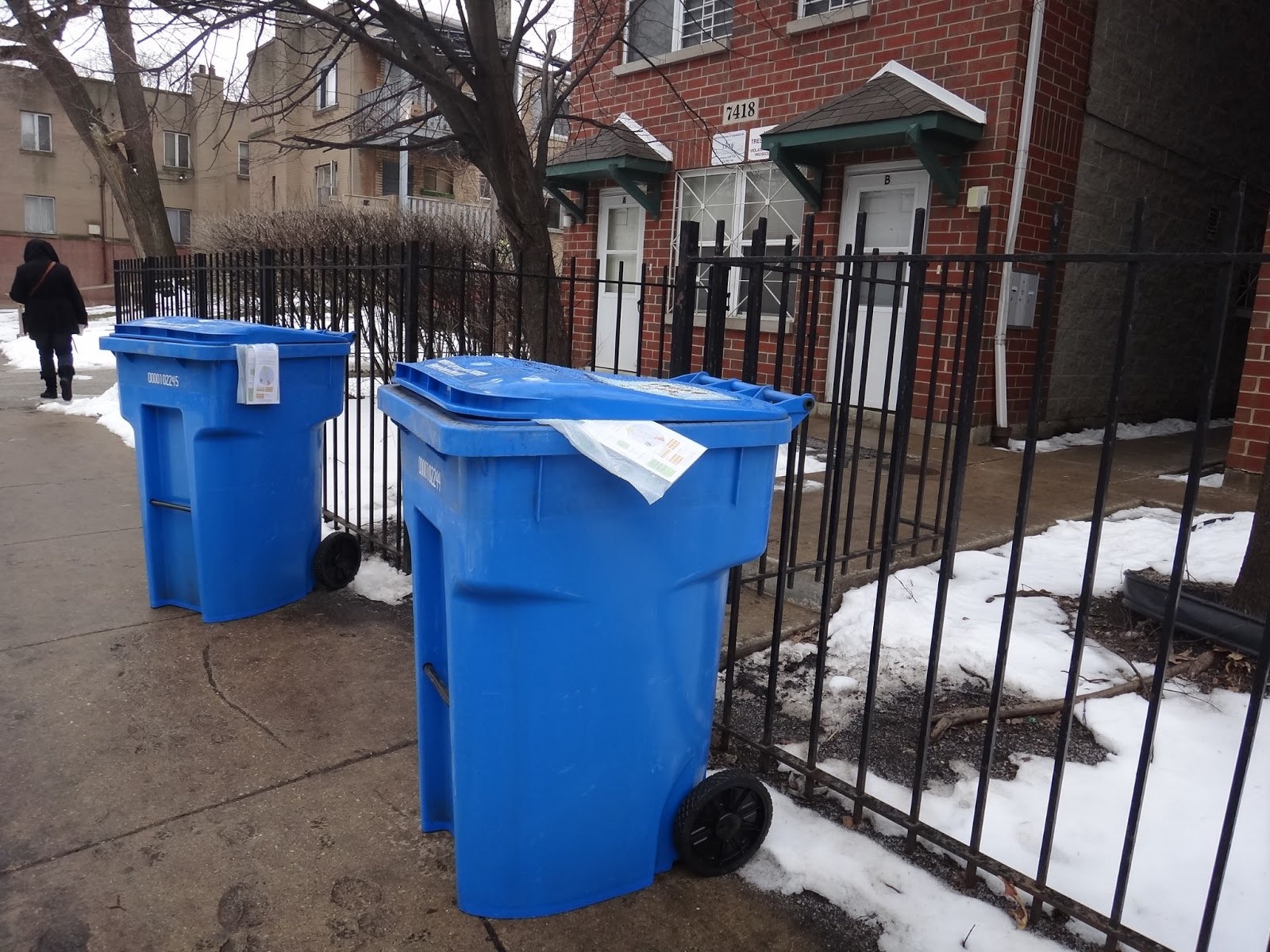 Recycling isn’t too hard when you think about it. Reduce, reuse and recycle have simple rules that we can all follow. Food waste goes in the compost, paper and plastic are placed in recycling and unusable waste is placed in the trash. But if it’s not so hard, why do some states recycle more than others? California’s dedication to the environment prioritizes their efficient recycling system unlike Chicago’s lack of commitment.

San Francisco – California’s quintessential cultural hub has put the environment on the forefront of its governmental agenda. The city and county of San Francisco has proposed a plan for zero waste by 2020, meaning that by 2020, the city will not be sending any waste to landfills. The city has already implemented strict rules for composting, recycling and sending waste to landfills that help educate the citizens about the benefits of recycling. Black, blue and green bins decorate the city with signs indicating to pedestrians which bins to use for the type of waste they have. In addition to the city-wide bins which encourage proper waste disposal, San Francisco has become a county of BYOB (Bring Your Own Bag) in an effort to reduce the amount of bags used in supermarkets. It is impossible to walk around San Francisco without feeling the importance the city places on the environment. It has been a priority since 1935 when Recology, San Francisco’s recycling service, was founded to help with the city’s landfill. Recycling is woven into the history of San Francisco and is well supported by the current residents as they compost, recycle and reuse their way throughout life.

In comparison, Chicago places little concern on its environmental footprint. Chicago claims to be green, but are they really trying their best? On the City of Chicago’s website, the 2015 “Agenda for Sustainability” is posted under the city’s environmental programs and initiatives. This agenda aims for sustainability, a different goal from San Francisco’s pledge to go waste free. In addition to their differing goals, Chicago is far from being as environmentally friendly as it could be. Chicago residents for years have had trouble adjusting to the many differing programs the city has for recycling. In addition, private composting is not even required. The differing and constantly changing programs has led the city’s citizens confused and frustrated. Many in the end decide to not recycle or compost at all, choosing to dump everything in the trash.

San Francisco has made an effort to become eco friendly on all fronts. In 2007, they banned the use of styrofoam food takeout containers and as of June 28, 2016 have completely banned styrofoam from the city. These regulations push small businesses and companies to use biodegradable materials to package their food instead. This approach results in a greener city because styrofoam takes decades to decompose. Furthermore, the few companies who do recycle foam are very picky about how the foam is presented to them, for example the foam cannot be broken, have dust on it or be soiled in any way. Decomposable food containers are easily composted by San Francisco’s recycling centers. In addition to their ban on styrofoam, as of 2012, San Francisco prohibited the use of single use checkout plastic bags. Stores were encouraged to offer recyclable checkout bags at the cost of 10 cents a bag. By having reusable grocery bags, shoppers limit the plastic waste they distribute into the world. These efforts all push towards San Francisco’s goal of being waste free by 2020.

Chicago does not have a plastic bag ban. Instead, the city has opted to make stricter regulations on the type of plastic bags that retailers can use. The new regulations require thicker bags which can support 22 pounds in comparison to the flimsy thin plastic bags which were used before. However good willed this effort is, it has not changed the way Chicagoans approach their local grocery store. The new thicker grocery bags are more costly to make and shoppers happily take their groceries home in them. Some stores have opted for a 10 cents fee for each bag but without regional practice, many shoppers opt to pay the 10 cents fee than return to their car for the forgotten reusable bags. By not creating an initiative to bring reusable bags to the grocery store, Chicago has failed to enforce the purpose behind the plastic bag ban. Chicago also lacks regulations on the food takeout containers of their food industry. Franchises and small businesses alike are all free to utilize styrofoam and plastic non-biodegradable containers to package their food with, adding to Chicago’s landfill. These lack of regulations along with a lack of recycling bins within restaurants that lead to an enormous amount of recyclable plastic to again, end up in landfill.

San Francisco residents are required by law to compost. But that doesn’t mean it has to be a hassle or done begrudgingly. San Francisco has teamed up with Recology to make composting easy for everyone. Each household is given a black bin for trash, a blue bin for recycling and a green bin for compost. In addition to these large bins which are kept outside the home for the garbage truck to pick up once a week, each household is given an additional smaller green bin to use inside the home to hold compost until it is ready to go outside. San Francisco encourages composting and recycling by making these two bins the largest while the trash bin is the smallest.

Chicago gives their residents a black bin for landfill and a blue bin for recyclables but only when they live in 2,3 or 4 unit households. Residents that live in larger complex buildings must contract with other private companies for their recycling, making the process harder and more tedious. Chicago also makes it very difficult to compost because their composting is not done city-wide. All composting in Chicago must be done privately but within the city’s strict regulations. Residents of Chicago who wish to compost must find a private company to pick up their recycling at their own cost. As a result, Chicagoans who do not understand the importance of composting are not encouraged to and those who want to must go through the extra step of finding a private recycling organization. The system is not conducive to composting and only leads to food waste to end up in the landfill where it can not decompose properly. Chicago should look to make composting required by introducing a 3 bin system like the one from San Francisco. The 3 bin system effectively streamlines the recycling process for all.

As seen by the programs and laws passed in San Francisco, the city has decided to put the environment on the forefront of their agenda but not all cities have done the same. Communities should take it upon themselves to protect and sustain the environment that they inhabit. San Francisco has taken steps to eliminate waste completely through their 3 bin system and regulations of the plastic and styrofoam use throughout the city but why have other cities not done the same? Chicago claims they compost and recycle but when given a closer look, the composting process is lengthy and difficult while recycling can be confusing as it is not the same for all residents. Community-wide recycling is not hard and can be easily introduced to cities as exemplified in San Francisco. In practice, taking care of the environment and being a green city is not a high enough priority for Chicago.

Zarina Wong is a resident of San Francisco.