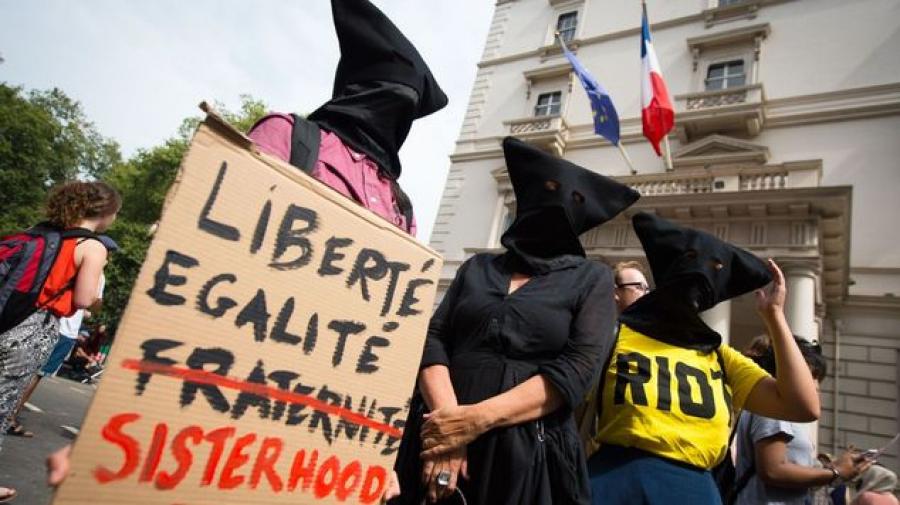 Facebook
Twitter
Pinterest
WhatsApp
Email
Print
Recently, the burkini has come under fire in France, much like the burqa has in recent years. According to The Washington Post, the burkini goes against France’s secular beliefs, putting the country at odds with those who practice Islam and those who do not. The “burkini” is a full body and head-covering swimsuit that some Muslim women choose to wear.

Where are the so-called feminists coming to defend their Muslims sisters who are being oppressed in France?

“In 2011, France banned clothing that covers the face in public places and this summer, as vacation season peaks on the Riviera, that scrutiny has been directed toward the burkini. The mayor of Cannes banned it from the city’s beaches last week, citing security concerns and saying the beachwear doesn’t respect “good morals and secularism. Soon after, the Mayor of Villeneuve-Loubet banned the burkini for sanitary reasons. “I was informed that there was a couple on one of our beaches where the wife was swimming fully dressed. “I considered that unacceptable for hygienic reasons and that in general it was unwelcome.” 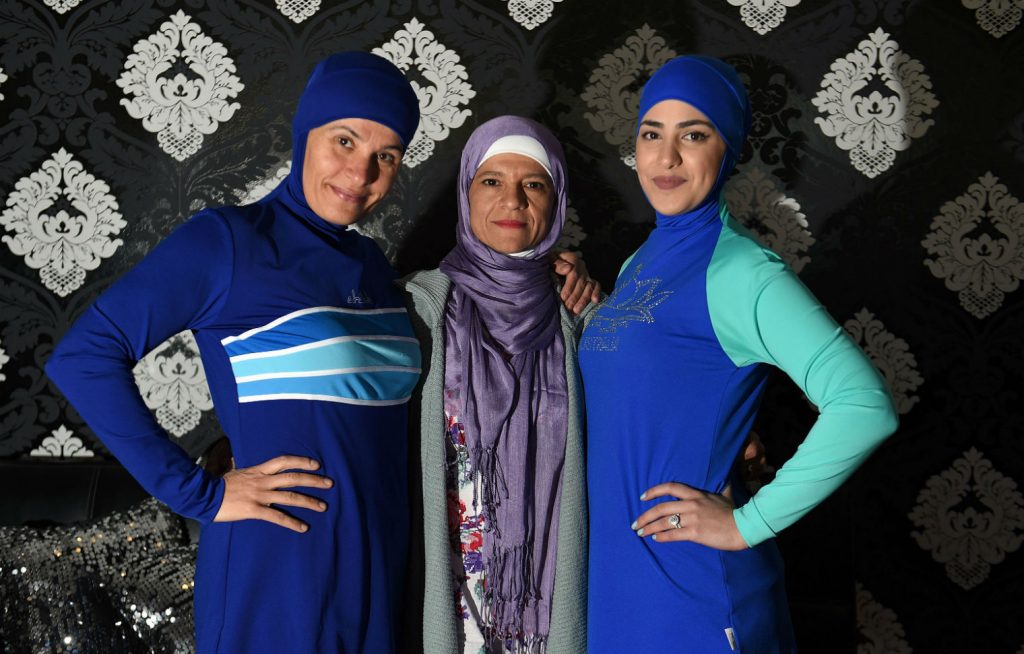 Nice’s mayor issued an ordinance as well: “The mayor’s ordinance against burkinis bars people from entering or swimming at the city’s public beaches in attire that is not “respectful of good morals and secularism” and that does not respect “rules of hygiene and security.” Nice’s mayor David Lisnard commented, “If a woman goes swimming in a burkini, that could draw a crowd and disrupt public order. It is precisely to protect these women that I took this decision. The burkini is the uniform of extremist Islamism, not of the Muslim religion.”

It is insisted that this ban was enacted to protect the safety of all beachgoers. The French public has largely shown support for the ban. Spokeswoman for the Southern Federation of Muslims, Feiza Ben Mohamed said of the burkini ban in Cannes,

“The mayor talks about protecting public order, which means he thinks the presence of a Muslim woman on a beach will cause trouble. He also invokes the fight against terrorism, so he is basically saying a Muslim woman who wears a burkini is a terrorist.”

The LA Times reported that on Saturday, a Nice court upheld the burkini ban ruling that after the Nice attack, ” “Forms of beachwear that indicate belief” could “exacerbate tension” and create a possible “threat to public order.”

Currently, three towns have enacted a burkini ban, Cannes, Villeneuve-Loubet and Sisco, with Le Touquet planning on doing the same in the near future. The French Minister for Women’s Rights, Laurence Rossignol, said in a statement, “The burkini is not some new line of swimwear; it is the beach version of the burqa and it has the same logic: hide women’s bodies in order to better control them.” She continued “It is not just the business of those women who wear it, because it is the symbol of a political project that is hostile to diversity and women’s emancipation.”

There was significant objections and accusations of hypocrisy when local Chicago Muslim women were asked to comment on the burkini ban in France.

Saira said, “I don’t think anything is more enslaving than deciding what is comfortable for a woman; a woman is the decider of what she feels comfortable in. Once again, it’s a double standard shown by the French. They pretend they are for women’s rights when in reality they care only about the rights of non-religious and specifically Non-Muslim females.” She continued, “Forcing women to fit into one category is unjust and oppressive. I feel the French do not value diversity. The French politicians have an underlying hatred and fear of Islam and this is why such laws surface.”

“I find it sad that the minister of Women’s Rights, a woman herself, has chosen to take the Islamophobic view of Islam and the practice of modesty. Rossignol’s statement about how the burkini is designed to better control women and prevent women’s emancipation is severely misguided and downright dangerous”, said Hiba.

Maryam commented, “I think it’s incredibly ironic for France and other Western countries to champion themselves as Democrats and Liberals, when they withhold peoples rights to dress as they please. I see this burquini ban as an example of systemic oppression. just as Western liberals criticize Muslim countries for forcing Muslim women to wear a hijab, doing the opposite is just as bad – and both are oppressive. France’s burquini ban is oppressive, it is undemocratic, and it is hypocritical. and it demonstrates how Islamophobia is rampant, even at the systemic level.”

She continued, “Wearing hijab is a choice-and this is the case for a majority of Muslim women. When White feminists claim that Muslim women wear hijab for men, they are silencing the very population they are supposedly trying to uplift. I am not oppressed by religion, I am not oppressed by my hijab.” Maryam expresses the extreme contradiction of Western feminists telling other women like herself what she should wear.

“The only oppression I face in wearing the hijab is from Western feminists silencing me, silencing the voices of Muslim women. That’s infuriating. You can support a woman’s decision to wear exposing clothing while simultaneously supporting a woman’s decision to dress modestly. These are both forms of empowerment and to deny one or the other is counter to feminism.”

What Rosssignol and much of the French public fail to understand is that covering is a woman’s choice and it has nothing to do male dominance or control over the female. What the French miss is that they are oppressing these women and negatively impacting their way of life. By telling a woman that she cannot dress the way she feels comfortable, France is no better than the Taliban forcing women to cover their faces. France is acting like an oppressor. When those three cities enacted a burkini ban and France banned all forms of face covering, they effectively became the oppressors of Muslim women on their misguided quest to liberate these women from nonexistent constraints.

What this really says is that because the French public has high levels of fear and intolerance towards Muslims, the only way to combat that fear is to deny equal freedoms to Muslims, women in particular, and prevent them from expressing their faith and practicing modesty. With French government officials being extremely Islamophobic and believing that Muslim women are oppressed and need saving, they create laws and ordinances to ban clothing items, they don’t understand, believing they are bettering the lives of these women and ridding themselves of an underlying threat. In reality, all these politicians are doing is spreading rampant Islamophobia, oppressing women, and treating Muslims like second-class citizens. Women who cover are not oppressed or enslaved. Women choose to wear what they feel comfortable in and the faster governments like France’s stop trying to dictate what types of clothing are appropriate or not, the better everyone’s lives will be.

The top administrative court in France has overturned the burkini ban. Human rights groups challenged the bikini ban in court. The protests from Muslim and non-Muslim women in France and around the world has had an effect on pressuring the French to change the discriminatory policy.