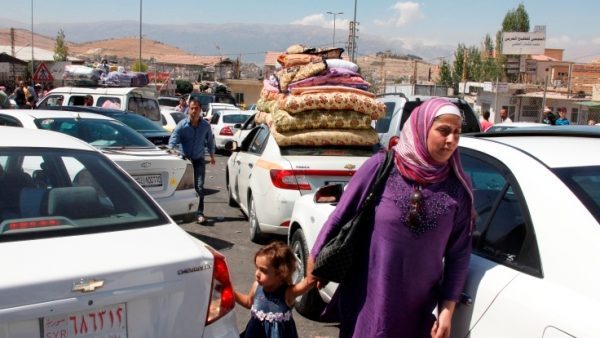 Since the Syrian uprising in 2011, the world has been informed of the refugee crisis, Assad’s brutal regime, as well as internal and external factors that are affecting the war. Leaders from all over the world have discussed possible solutions for combating ISIS in Syria and instilling peace for the Syrian people promptly. Fast forward five years, Assad is still in power; ISIS occupies a large part of Syria; and refugees are settling into other nations with the hope of one day returning home. In the meantime, Lebanon is experiencing high volumes of refugees who are looking for work and a safe place to live. The Syrian war is detrimental to Lebanon’s economy and social well-being.

The news coverage of the conflict in Syria is full of complexities but has overlooked the impact of neighboring countries like Lebanon. There are about 4.8 Million  Syrian refugees around the world. About 1.5 million Syrians have sought refuge in Lebanon. The nation’s open border policy, which ended in January, was diplomatic in theory. However, without strategic planning, the large influx of refugees crippled Lebanon’s economy and society. The hospitality of the Lebanese government has allowed refugees to settle into the communities instead of in refugee camps like those who have come to Lebanon in the past. Lebanon’s refugee camps were already overcrowded and have been for many years. But having Syrian refugees scattered throughout the existing communities makes it very difficult to provide them with services.

Meeting the demands of the preexisting population was already challenging. Lebanon was struggling with the lack of dependable public services, water, and electricity. Prior to the conflict, the small nation was stricken with high tariffs, weak property rights, and an archaic legislature usually overshadowed by the President’s power. The banking and tourism-oriented economy took a major hit during the Arab Spring due to the regional instability. Additionally, the average growth of this industry decreased from 8% to 2%. This weak economic growth is bringing in less money and limiting the government’s ability to invest in necessities such as food, water, and electricity.

The living conditions of refugees who are not affluent are an accurate reflection of this humanitarian emergency. Large families make homes out of windowless abandoned shops while Lebanese residents are laid off and replaced by low-paid migrants. Host communities are increasingly feeling oppressed as the minimum wage decreases making rent prices quadruple in areas with larger population settlements.

The World Bank Group projected that by 2014 about 37 percent of the population in Lebanon will be Syrian refugees. This will lead to the depletion of assets, overcrowded living conditions, and high levels of children who are out of school. Without proper attention or aid from the global community this complicated humanitarian crisis will grow and have grave consequences for future generations.