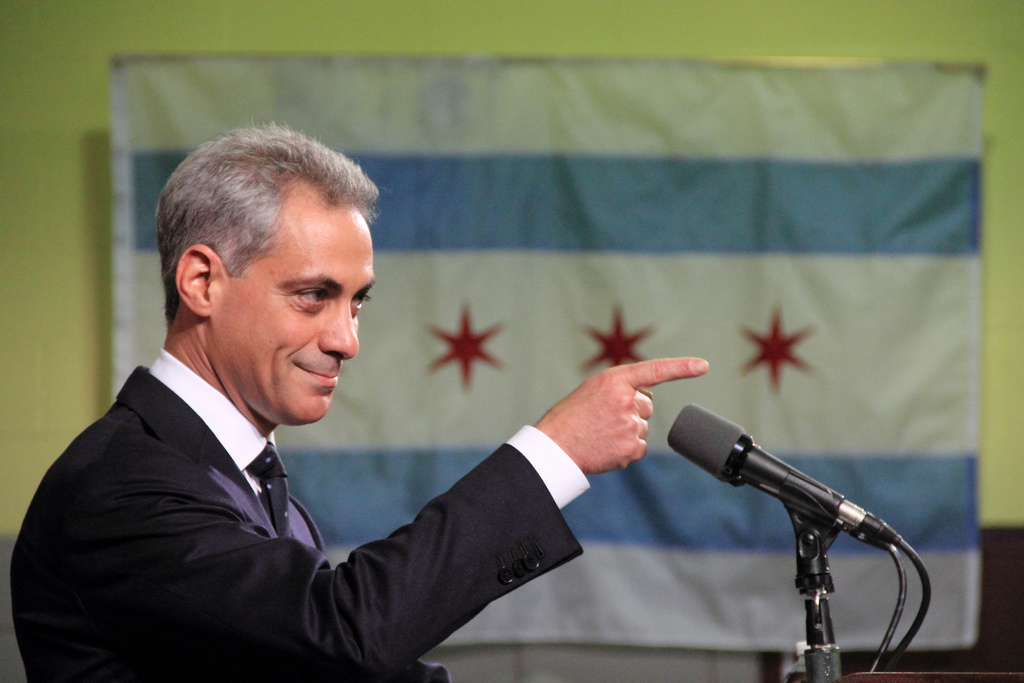 The people of will not be fooled by Rahm’s “Mea COPA,” his feeble excuse for a solution to police crimes and cover-ups. He is rushing his Mayor’s  ordinance through City Council to preserve his own power and deny Chicagoans their democratic right to determine how and who polices their communities. He knows there is another more viable and just ordinance before the Council for the creation of an all elected Civilian Police Accountability Council (CPAC).

The CPAC ordinance, record #O2016-5707, was introduced on July 20th with Alderman Carlos Ramirez-Rosa as the lead sponsor. The bill was cosponsored by Aldermen Joe Moreno, Carlos Maldonado, Toni Foulkes, Ameya Pawar, Harold Brookins, Emma Mitts, and Susan Sadlowski-Garza. Milly Santiago has subsequently endorsed. So now, along comes the Mayor with his cronies in the so-called “Progressive Caucus”, with the complicity of the mainstream press, including the article by Fran Spielman in the Chicago Sun-Times. The “aldermen were told” that “the new agency charged with investigating the police will be called the Civilian Office on Police Accountability.”

The name and the acronym have a familiar and dissembling ring, surely designed to further confuse the casual observer. This is not democracy in action. This is an imperial decree. The Mayor is ordering up a new appointed fiefdom, democracy and the people be damned.

Popular support for the CPAC ordinance has been gaining serious traction throughout Chicago. Residents of the city’s most oppressed neighborhoods have been calling for CPAC and community control of the police for over four years. Since the exposure of the Mayor’s cover-up of the Laquan McDonald video the campaign for community control has spread through the city like wildfire. Community, labor and faith groups have added their ringing endorsements, demanding the empowerment of the people.

There has been a numbing procession of public hearings on police accountability in Chicago over the last nine months, first courtesy of the mayor’s appointed Police Accountability Task Force and, most recently, courtesy of the “Progressive Caucus.” These were designed to be nothing more than venting sessions to give the illusion of public approval of the Mayor’s decrees. The people’s testimony at these hearings has overwhelmingly called for community control of the police. At the last three public hearings the cry for CPAC was nearly unanimous. Speaker after speaker stepped to the mike to say “No to any more appointed bodies” and “Yes to an elected CPAC.”

Now the “progressive” Scott Waguespack and Joe Moore want more hearings? Was anyone listening? Waguespack chimed, “We’d like to take it back to community members…so it’s open and inclusive.” Alderman Moore nailed it when he said; “I’m more concerned about optics than anything else. It’s important that we not give the impression that we’re rushing this through.” Appearances are all that matter to these so-called progressives, not change. Waguespack called Emanuel’s proposal a “decent start”. They’re starting down a dead end street.

Where has the press been in all this? They bring to mind the reporters embedded with the military during the US wars in the Middle East who parroted the official press releases in lieu of the truth. We saw the cameras and notepads out at the hearings. But the people’s demands for community control get barely mentioned, squirreled into footnotes. The CPAC ordinance, the only viable solution that would hold the police accountable to the people, gets no mention in the coverage of the Mayor and City Council’s shell game. Like a redacted Stalin era photograph, the people have been erased from the historical record, leaving only the Mayor.

Keep kicking the can down the road, and we will be there to kick it back. Whatever anointed, appointed smoke and mirrors police oversight you saddle us with, we will continue to fight. Only CPAC can ensure that the Chicago police will be held accountable for their actions and prosecuted for their crimes. The people will have justice.