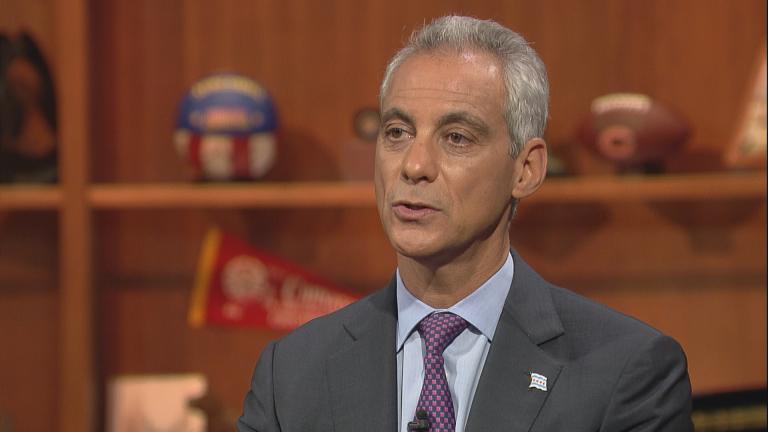 On September 22, 2016, at Malcolm X College, Rahm gave a speech. The focus of the speech? Gun violence in Chicago is unacceptable. Excuse me?! Gun violence in Chicago is unacceptable? Rahm has his head on backwards. The single most pressing issue in Chicago today is police accountability, or the lack of it. If he were to deal honestly with that issue, the issue of trust in the Chicago Police Department (CPD) would melt away, and gun violence would become much less of a problem. Citizens would be more willing to come forward and help police with the gun violence issue.

He goes on to say, “It threatens everything we have done together and all of the progress we have made in other areas. It is pulling us apart at the very moment when our city needs to come together.” As a point of fact, the issue that is pulling us apart is the absence of police accountability. And what progress in other areas? There has been none.

Instead of real progress, Rahm re-brands the Independent Police Review Authority (IPRA) as the Civilian Office of Police Accountability (COPA), adds a new inspector general, who he plans to appoint, then follows that up by adding 500 new police officers to the police force, and commits to equipping them all with body cameras and Tasers.

Ironically, on the very same day Rahm was delivering his speech at Malcolm X, North Carolina Gov. Pat McCrory spoke during a news conference at Charlotte-Mecklenburg Police Department headquarters on how a new law McCrory signed back in July, 2016, would limit access to police dashboard and body cameras. In McCrory’s words, the new law would balance “public trust” with the rights and safety of police officers. The new law restricts access to body camera video without a court order.

Given that some City of Chicago council members have a history of drafting city ordinances that mimic other states’ laws– Aldermen Edward M. Burke of the 14th Ward, Willie B. Cochranone of the 20th Ward and Chris Taliaferro of the 30th Ward, each a Rahm crony, introduced an ordinance modeled on the Louisiana Blue Lives Matter statute– Chicago could soon expect a similar ordinance mimicking the North Carolina statute limiting access to the very cameras that Rahm is offering as part of the solution to the lack-of-accountability issue plaguing the city. Such an ordinance could be introduced the week following delivery of the first batch of new body cameras. Rahm can count on it. In substance, Rahm knows that he is giving the citizens of this city nothing.

But this is quintessential Rahm. The mayor has no intention of changing anything with regard to the police. CPD officers are shooting Black people, many of them to death, with no accountability whatever, and the mayor is fine with that.

The people, however, are not. Rahm has been forced to postpone the announcement of his new police accountability ordinance several times. It had been due on June 22, 2016, then July 20, 2016, and now September 29, 2016. Each time the date approached, it got pushed back. Each time, the people were there to demand the passage of the Civilian Police Accountability Council (CPAC) ordinance. A couple of the mayor’s minions are recommending that it be postponed again, to October 5, 2016.

Rahm’s handpicked Police Accountability Task Force (PATF) headed by Lori Lightfoot asked the question, “How did we get to this point?” The PATF answers were: racism, a mentality in CPD that the ends justify the means, and a failure to make accountability a core value and imperative within CPD. Rahm has yet to address even one of those answers. Instead, his solution to the problem is body cameras and Tasers. Given that the core PATF issues have not been addressed, body cameras and Tasers will only make the situation worse in the streets of this city. Rahm knows that. But he thinks he can foist his twisted agenda on us anyway. He thinks no one will notice what he is doing. Now, that takes gall.