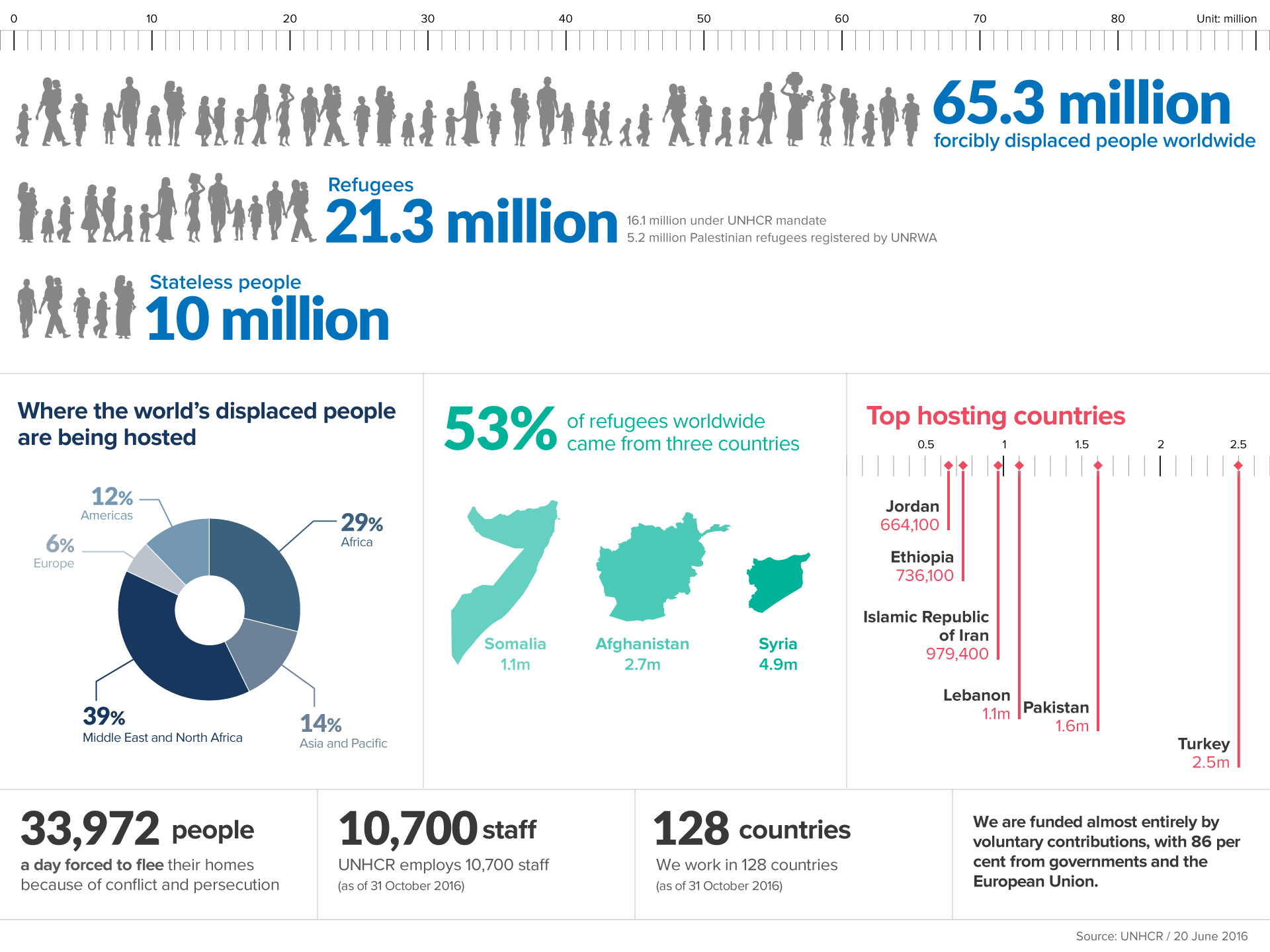 Of the estimated 65.3 million forcibly displaced people worldwide, 21.3 million have been granted refugee status by the UNHCR and thus qualify for local settlement, repatriation, or resettlement in a third country. Of the 21.3 million people deemed eligible, half of 1% are resettled in a third country. The overwhelming majority of refugees globally remain in camps in Turkey and Pakistan, hosting 2.5 and 1.6 million respectively, Lebanon hosts 1.1 million, or a quarter of their total population. Those that are processed for third country resettlement are recommended to one of 26 countries including the United States, pledging to admit 110,000 in 2017.

The pathway for resettlement in the U.S. is intensive and rigorous.

The first step is to file with the UNHCR to become a registered refugee from a second country, which can take any number of months to years. After registration as a refugee, the UNHCR may recommend you as a candidate for referral to the U.S.; provided you pass initial health, criminal, and security checks and fall under a category of a high priority national or ethnic group. Typically a 12-month process, the clearance process then includes several stages of in-person interviews conducted by the Department of State with both the candidates for referral and their extended families and social networks.

Candidates must pass a total of four security clearance checks and pass a medical screening that may disqualify any candidate with history of mental health issues or drug abuse. The vast majority of the 21.3 million refugees however, remain in limbo, with an average stay at a refugee camp lasting 17 years.

After successful completion of this process, a loan is given to cover the cost of flights – typically repayments on the loan begin after 6 months – refugees are then met at the airport by an assigned resettlement agency tasked with setting up housing, providing English language classes, job placement services, and other resources in the transition process.

After 90 days however, refugees are no longer legally entitled to these services, yet most continue to operate on volunteer and private donations to extend services as long as possible. The Department of State provides contracted refugee agencies $1,925 per refugee to cover costs of core services. However, this federal funding is only intended to ‘provide a portion of the resources needed to serve the refugee’, agencies are expected raise private resources to ‘further address the individual needs of each refugee’. Refugees are deemed eligible to apply for public benefits and assistance however; the level of benefits varies state by state. 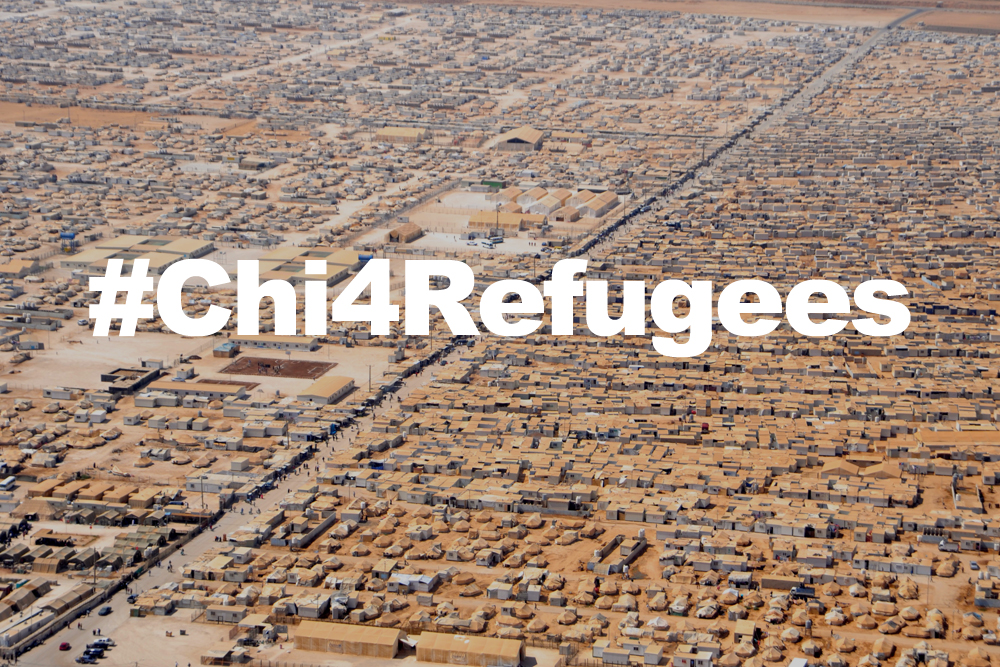 In the City of Chicago, there are five contracted agencies to provide resettlement services; World Relief, the Pan African Association, Heartland Alliance, Refugee One, and Catholic Charities, all of which receive funding primarily at the state level.

Agencies funded at the state level remain particularly vulnerable to the budget impasse in Illinois. The impasse has led to cuts for several services including the Immigrant Family Resource Program, which “assists immigrants in determining whether they are eligible for public benefits and enables the state to meet federally mandated language-access obligations”. Funding was also cut for The New Americans Initiative, ending the program’s ‘citizenship application assistance and outreach’. Over 200 employees were laid off in the Refugee and Immigrant Services sector, as an additional 100 positions remain severely at risk. The Director of the Illinois Coalition for Immigrant and Refugee Rights, Breandan Magee, has quoted over 102,000 clients this year as going without services as a result of these funding cuts. Non-state funded groups like the Syrian Community Network in Chicago, who provide resettlement services for Syrian refugees, try to fill that gap in state funding. But they have to rely on community donations to fund their training and other programs.

At the national level the United States is well positioned to cope with a higher refugee admissions rate and to strengthen resettlement resource provision. Historically, it has done so capping admissions in 1992 at 142,000, 32,000 higher than 2017. However, political and media representations of refugees as a national security threat ignores the extensive clearances refugees are subject to. It oversimplifies a diverse group of doctors, lawyers, teachers, construction workers, and children – which make up over half the refugee population. It fuels discrimination that justifies minimal service provision and a transfer of responsibility from the government to local agencies. When engaging in policy discussions to address the refugee admissions process, presenting a more comprehensive picture of the security clearance process and the resources provided throughout resettlement is critical.