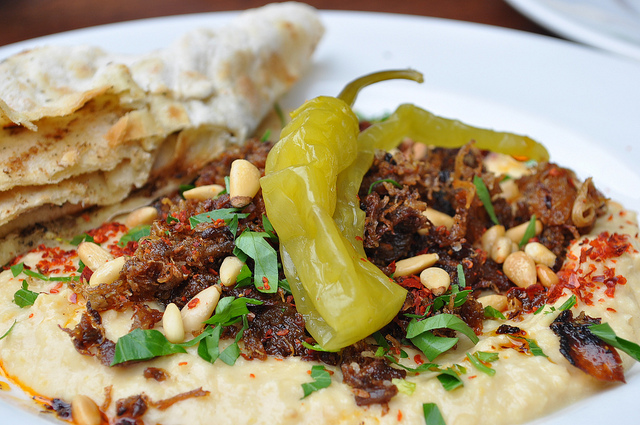 “The dishes of America’s recent immigrants have become check marks on a cultural scavenger hunt for society’s elite.” — Ruth Tam

There is an inherent arrogance that is subconsciously embedded within our perception of “gourmet” food. The most familiar hierarchy within the culinary arts is the ranking of Michelin stars awarded to a restaurant. The Michelin Guide is published by the French company Michelin, and is the oldest European hotel and restaurant reference guide. Now the guide has been expanded to many other countries. The acquisition of a Michelin star is awarded to select few establishments for excellence, and often results in high publicity and an extreme jump in bookings.

Snobbery of the Restaurant Rating Industry

As prestigious as the Michelin star rating system may sound, several non-French food critics have made allegations that the system is biased in favor of French cuisine and French dining standards. A. A. Gill of Vanity Fair explores an unintentional effect of the Michelin Guides.

They have “created a new type of customer, the foodie trainspotter, people who aren’t out for a good meal with friends but want to tick a cultural box and have bragging rights on some rare effete spirit”.

This blatant disregard for food with fresh ingredients or a regional heritage paved the way for restaurants concerned with prestige not to step outside the comfort zones of Eurocentric cuisine. 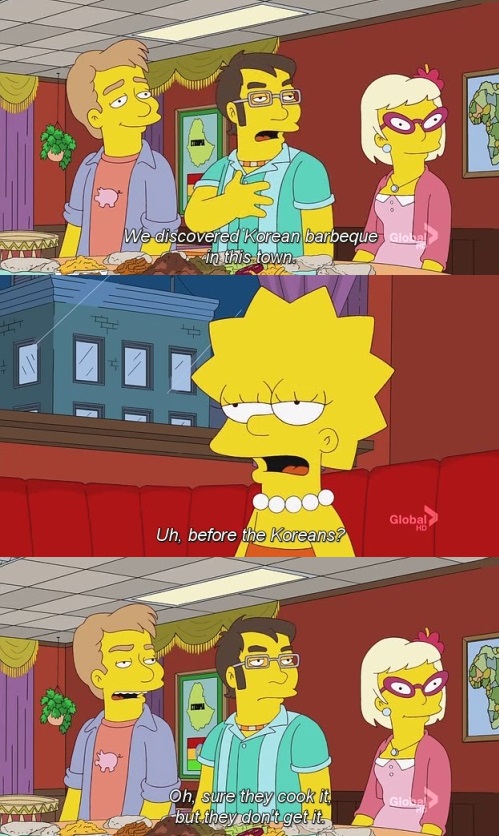 The controversy of French bias extends to chefs who openly voice their concerns about the method in which stars are awarded.

Anthony Bourdain, American chef and author, criticizes “The only people who really care about Michelin stars in New York are French guys…We could live without it quite nicely… Michelin is very generous to some chefs with whom they seem to have a prior relationship, and harsh, even punitive to others.”

This concept of degrading some chefs but not others occurs not only in the competitive world of “fine dining”, but can be extended to the “lower classifications” of ethnic cuisine.

Conversations about food and its cultural implications can be both unifying and divisive. Distinctive “ethnic” foods like Mexican, Chinese, Korean, Thai, Palestinian and Indo-Pak are directly correlated to concepts of personal and cultural identity.  In the culinary world, these foods are ripe for cultural appropriation.

Foods of “ethnic origin” have historically been marginalized and not considered on the same tier as traditional “American” foods. The average American consumer associates cuisine with the amount of respect they have for that culture. An example is the coveted simplicity of French food in comparison to Tex-Mex (consisting of generic ground beef and cheese) and the stereotypical “Asian-Fusion” dish that simply incorporates extra soy sauce.

Mexican cuisine can be as complex as French food with its mole poblano, pozole, and tamales. Chinese cuisine is reduced to an easy weeknight take-out meal. This ignores that China (with its population of 1.4 billion) is home to an incredible variety of regional dishes. This “simplification” also contributes to a homogenization of Asian cultures. Descriptions of complex ethic food from communities of color are often hybridized, much like the identity of the immigrants that produce it. It is not simply Mexican, it is “modern” Mexican cuisine; it is not Korean but “Asian-fusion”.

These are common examples of 1) not considering ethnic food to be high caliber, and 2) regarding it as “street food”. The term “street food” implies simple, questionable ingredients using a slap-dash preparation by an amateur. In travel guides, these foods are often considered the ones to avoid.  It is hard to imagine “street food” being found in France.

Now chefs are interested in giving “authentic” street food a modern interpretation. “Street food” is starting to be associated with the convenience of fast food, but also a way of tasting an exotic “culture” as well.

Local examples of this phenomenon are the BenjYehuda restaurants in Chicago run by an Israeli couple (BenjYehuda is a street in West Jerusalem). The meals are advertised as “urban street food” when it is simply standard Palestinian Middle Eastern dishes like Chicken Swarma, Jerusalem salad and Hummus. There is also the suggestion in their advertising that their restaurant is also offering a “cultural experience” –

“We present our vision to you in a fast-paced, interactive and highly stylized environment. We want you to walk in and order with the ease and comfort they do on Ben Yehuda Street in Jerusalem.”

The recent obsession with exotic foods has become more of an “experience” representing the discovery and understanding of a new culture. Americans can now have the experience of European colonists – enjoying the strange new food of a colonized country without the bother of interacting with the colonized people or their culture. This is the idea of the “Westerner as cultural connoisseur”, discovering a culture and focusing on his or her experience of the culture than the indigenous culture itself.

Additionally, it allows the Westerner to love the food, but not the people. Relishing Mexican food, but supporting a wall built on the Mexican border. Eating Middle Eastern food, such as hummus and falafel, and ignoring U.S. drone attacks on Middle Eastern countries and promoting Islamophobia here at home.

Writer Ruth Tam of the Washington Post explains cultural appropriation to those who think people of color are being too sensitive about an inanimate object such as food: “[Cultural appropriation] stings because the same dishes hyped as “authentic” on trendy menus were scorned when cooked in the homes of the immigrants who brought them here.” This concept of culinary colonialism takes away from marginalized communities and continues the oppression of their cultures.

This does not mean you can’t eat ethic foods. You can.

Writer Ruth Tam again establishes her stance on Chinese food, authenticity and ownership effectively: “I never wanted to claim sole ownership over making and consuming [Chinese] food. That’s impractical and severely limiting. I do want to stake territory over our history. Food can be reinvented and remixed, but not its history. This means that one has to be consciously aware not to fetishize or commercialize ethnic foods while attributing context. The context does not always begin with the eater, or the maker, but with the identity that the culture inhabits.”

How food is perceived can be directly related to cultural appropriation. We as consumers can either add to this form of racism or undermine it by being conscious of our attitudes toward not only the food we eat, but also the culture it represents. Being a conscious consumer is always important in every aspect of modern American life – not just in terms of material possessions – but also in all forms of consumption, including food.