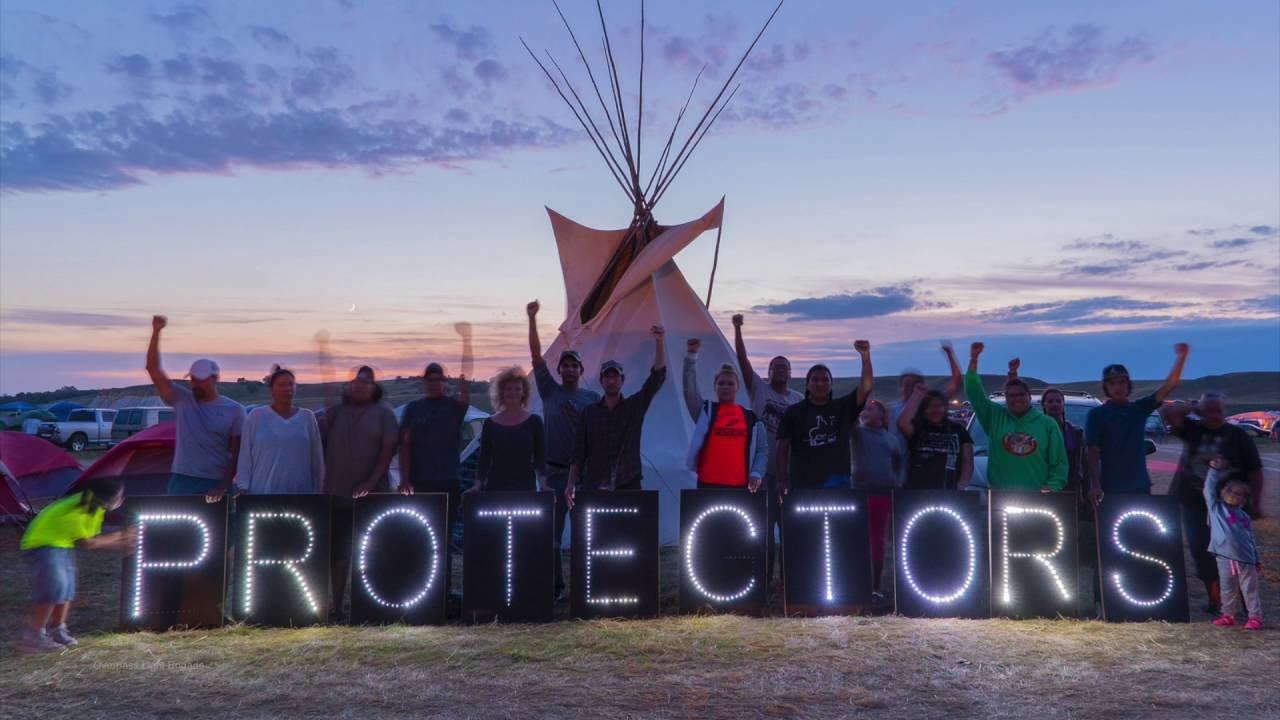 December marked eight months since resistance arose in Standing Rock, N.D., concerning the 1,172-mile-long underground oil pipeline project that was set to run through sacred burial grounds and other Native American reservation sites. It was a blueprint that not only violates an 1868 Treaty between Native Americans and the U.S. government but also threatens the sanitation of human water supply and wildlife preservation. Furthermore, it accelerates the global crisis of climate change by increasing our investment in fossil fuel energy.

Due to these wide-ranging violations following the installation of the Dakota Access Pipeline (DAPL), thousands of Native Americans, water protectors, environmentalists, activists, journalists, veterans, and other supporters including Senator Bernie Sanders have come together in solidarity to stand up against oil corporations like Energy Transfer Partners – the company behind the project. However this resistance also sheds light on the continuation of systemic violations regarding Native lands and civil rights.

Since April, Native Americans and DAPL opposers have been arrested and abused by police, private security, and military personnel using concussion grenades, rubber bullets, mace, tear gas, guard dogs, and water cannons in subfreezing weather conditions resulting in multiple hospitalizations. Many of the injuries warrant state and perhaps national legal action similar to that of a young girl who faces up to 20 surgeries if not amputation after she was struck in the arm with a concussion grenade. Clashes such as these have revealed the stripping of human rights and the unconstitutional acts of law enforcement. Even worse, mainstream media has shown little interest in what has been marked a resistance that exceeds just about every protest in Native American history.

On November 25, 2016, the U.S. Army Corps of Engineers ordered the dismantlement of the Native American campsite by December 5, 2016. Though Natives and water protectors had little intention of leaving, it was through the power of social media and the ongoing efforts of people at Standing Rock and all over the world that have claimed victory with the U.S. Army Corps of Engineers decision. The permit needed to complete the Dakota Access Pipeline under Lake Oahe was denied on December 4, 2016.

Resistance for Four Years and Beyond

It was those words of triumph that sent tears of joy down the faces of a people that have been marginalized since the 16th century. Although it is an overwhelming feeling to know cheers have erupted across Standing Rock and other places around the globe, the Native Americans and their supporters will remain vigilant as these attacks on Native lands and civil rights are far from over.

It is unquestionable that Standing Rock has become a modern-day proof that when people congregate for a greater cause, marginalized voices transform into a chant of resistance that cannot be silenced. The solidarity between people that has taken place in North Dakota teaches us that avoiding violence and standing together expresses our strongest values, and is the most effective technique when facing oppressive leaders and corporations. This successful example of fierce, non-violent resistance to attacks on our land and our civil rights will serve us well over the next four years and beyond.