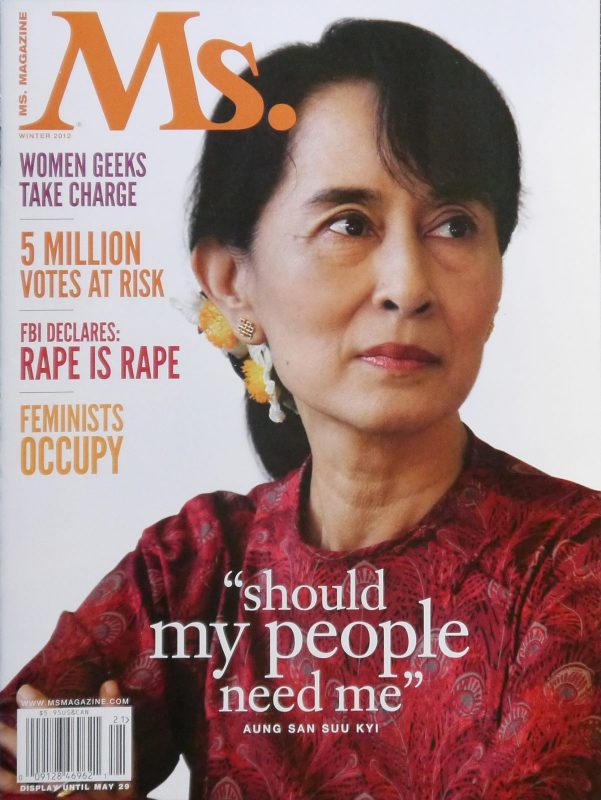 According to Burmese dissident and human rights activist, Dr. Maung Zarni, Aung San Suu Kyi’s recent trip to Singapore was marked by one calumny after another. In front of adoring crowds in Singapore Suu Kyi promised followers that she would “make Burma great” again in Asia. She also described ethnic armed groups who refuse to sign the Nationwide Ceasefire Agreement (NCA) peace pacts as “lacking courage and wisdom,” and finally ridiculed allegations of genocide against the Rohingya as “fabrications.”

Suu Kyi, for years has been considered an icon of democracy by many in the West. Today that image has been irrevocably shattered due to her inability, and for some, unwillingness to tackle the most critical issues facing her nation. After her trip to Singapore that dim halo that surrounds her persona is going to lose all its luster.

The problematic positions that Suu Kyi expounded during her speech affirms the most troubling explanations that critics have given for Suu Kyi’s inaction: her indulgence of Buddhist nationalism and the anti-Muslim xenophobic atmosphere so pervasive within Burmese society and culture. In other words her inaction is not simply due to constraints and limitations imposed by a context in which civilian rule is subordinate to the Burmese military, but is an example of cold hard political interests.

Here is the exchange: (Note the original video of this exchange can be found at this same link – translation is below.)

Q: We as Burmese are worried about the externally fabricated issue
(implying in no uncertain terms Rohingya). How prepared is your
leadership to deal with this fabricated campaign? We Burmese are
fully behind you as our leader.

ASSK: Well, the fact that you know this problem to be externally
fabricated is already a very good national defence. They
(fabricators of Rohingya crisis) are playing their tune to our ears.
Too noisy now! (Laughing out loud).

Well, we must have our own tune to play the world back.

Q: I worry about the security of our borders. What is your
government doing to make our borders secure and safe.

A: In some places we have border walls. The walls we have built
along the borders may not be tall or high enough. If we build
stronger and taller walls it will cost the government a lot of money. But to
protect our people we are prepared to spend as much as is necessary.

50% of the safety measures are like building walls; the other 50% is
non-material like citizens themselves not involved in cross-border
illegal smuggling.