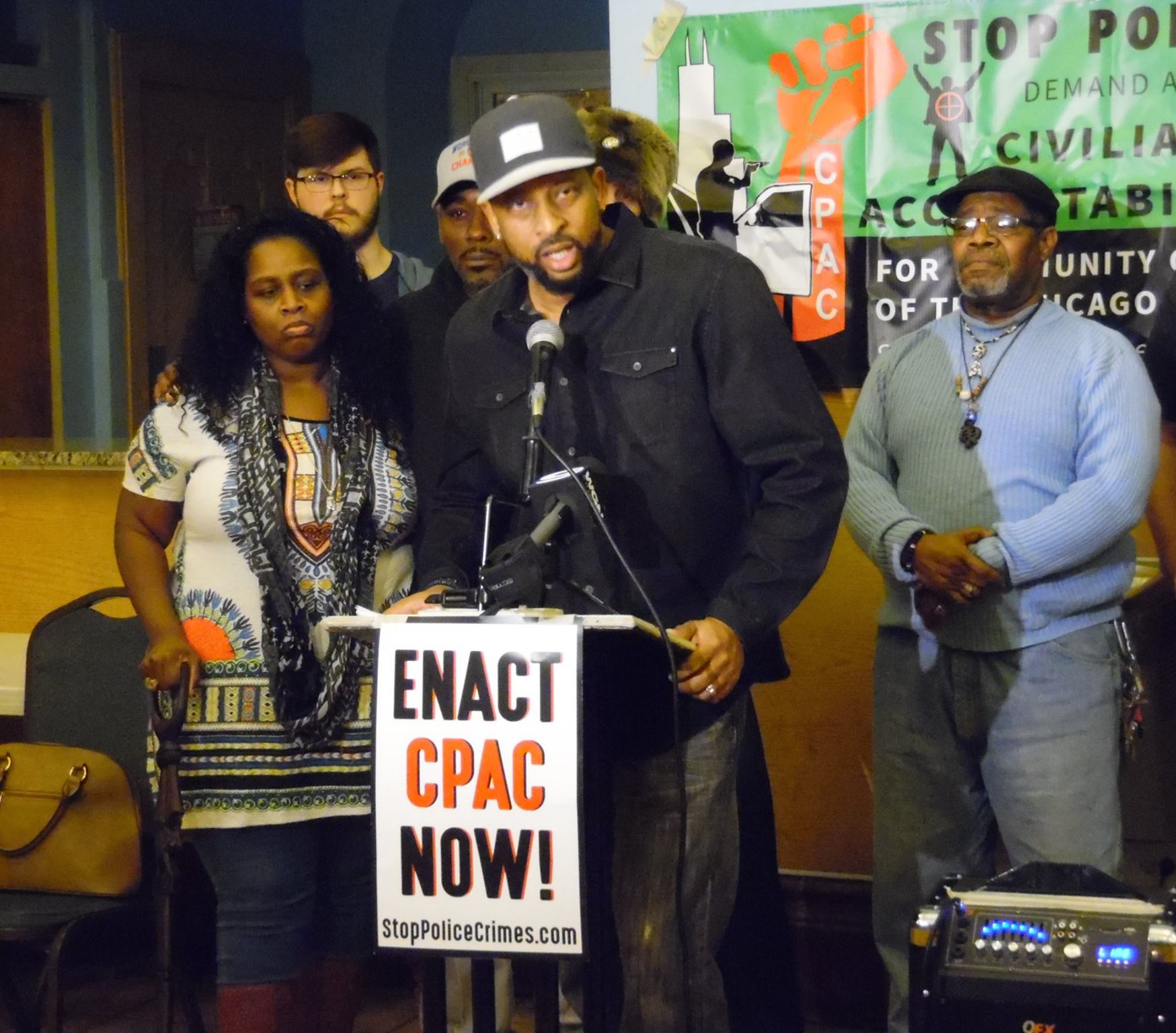 Chicago Alliance Against Racist and Political Repression (CAARPR) held a press conference and community strategy meeting to discuss the Trump’s threat to “send the feds” and the Department of Justice report on the Chicago Police Department attended by 70 people at the Trinity Episcopal Church.

Frank Chapman, chairperson of CAARPR’s Stop Police Crimes Organizing Committee, began the meeting with a statement that summarized the feelings of all present.

“Let me say it again. We don’t need Donald Trump to send armed forces into Chicago to deal with crime. What we need is through an all elected Civilian Police Accountability Council (CPAC).

The “carnage” in Chicago is at the hands of the police who have murdered and tortured hundreds of young Black and Latino men and women in Chicago. At the same time they have proven themselves unable to do anything to stop organized crime violence and/or the violence that they perpetrate. How can the community trust the police when they see the police being part of the problem, shaking down and shielding criminals and allowing the steady flow of guns and drugs into our neighborhoods?

Here in Chicago, given a long and bitter history of racist and political repression, we know what we need and we know what we want. We don’t need more police. We need community control of the police so we can get on with organizing for the things we want like jobs, housing, education and healthcare.

Trump is talking about sending troops into communities that have been gutted out long ago by the kind of vulture capitalism he and cronies represent. Police crimes and internal community violence is highest in those areas that are predominantly Black, Brown, poor and impoverished. These communities are victimized by the violence of poverty and the chemical warfare of drugs and mass incarceration. The feds being sent in will not save one job, or create employment or homes for the homeless or healthcare for the mentally challenged. Occupying our communities with more police and troops is the solution for those who want to keep us oppressed.

Our solution, the democratic solution, the peoples solution is an all elected Civilian Police Accountability Council (CPAC). CPAC is an Ordinance currently pending in the City Council of Chicago. It is incumbent upon we the people to get CPAC enacted into law. The people’s answer to Trump is Community Control of the Police. #CPACNOW.”