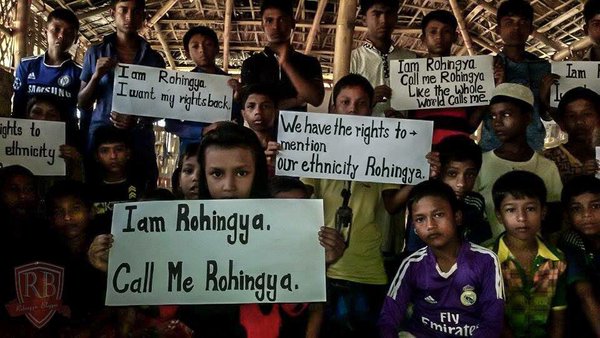 Killings in 2012 Dismissed as “Communal Violence”

The article wrongly describes the events of 2012 that killed, injured and displaced hundreds of thousands of Rohingya and a lesser number of Rakhine as “communal violence”; an AlJazeera documentary uncovered evidence that it was a preplanned state-led pogrom targeting Rohingya Muslims. Mathieson correctly notes that most displaced people in Rakhine state are Rohingya, he writes that “more than 120,000 people, mostly Rohingya, remain displaced within the state” but he underestimates the number. Before the recent “clearance operation” there were at least 125,000 displaced Rohingya, since that time the number has invariably increased as the Burmese military continues its rampage, and Bangladesh has sealed off its borders to any new refugees.

Rohingya Loss of Citizenship Anything But Gradual

Mathieson inaccurately describes the process by which the Rohingya lost their citizenship as “gradual.” However, as anyone with a little familiarity with the issue knows it was the 1982 citizenship law that made the Rohingya stateless overnight. In one of the most problematic sections of the Op-ed, Mathieson blithely dismisses leading Rohingya journalist activists, Rohingya Blogger and Rohingya Vision as “widely discredited,” conflating them with purveyors of fake news.

In reality, Rohingya Blogger and Rohingya Vision are two media outlets that should be applauded for having been founded, supported and run completely by the Rohingya community, as Matthew Smith of Fortify Rights tweeted recently. The Rohingya Blogger and Rohingya Vision have been instrumental in supporting the work of rights groups and verifying reports to the broader journalistic community as they are connected “on the ground,” for this reason they have been deemed enemies by the Burmese state.

It is no secret that Rakhine state is an “information black hole,” nor is it a secret that the Burmese government is doing its best to discredit human rights activists through smears and slanders. To have an activist such as Mathieson (who should be familiar with what is at stake) advocate the Burmese government’s line about Rohingya activists and journalists is disturbing. It empowers the government narrative, giving credence to their claims that violence against the Rohingya is exaggerated. The most troubling example of this last sentiment is expressed toward the end of the article when Mathieson callously writes,

“The international community, if it is serious about helping the Rohingya, must better understand the complex realities of Myanmar’s continuing transition, and balance its fixation with their plight — an obsession out of proportion with the scale of the problem — with the inescapable challenges that the N.L.D. government has inherited after decades of military mismanagement.” (Emphasis mine)

Let us be clear, the truth is there is not an equal amount of obsession in relation with the scale of the actual problem: ethnic cleansing, genocide, Islamophobia, ultra-nationalism and religious chauvinism. The question immediately on the mind of all of us who seek to help “one of the most persecuted peoples in the world” is: what is an appropriate amount of obsession with stopping ongoing atrocities and the slow-burning genocide that continues to kill, maim, rape, imprison and dehumanize Rohingya?

Most of those working on the issue have long been aware of the challenges Suu Kyi faces and are sympathetic, they have been careful in their criticism and seek to strategize in ways that help, rather than impede progress. The Rohingya also put a lot of faith and hope in Suu Kyi. What can’t be papered over however is Suu Kyi’s track record on the Rohingya and her actions since she has been in office.

We are fast approaching a year since Suu Kyi took the reins of civilian government, and she continues to preach full and unconditional support of the military even as they commit ‘crimes against humanity.’ This is on top of previous questionable positions: her long silence in addressing the Rohingya persecution, the NLD’s exclusion of Muslim candidates (fielding 0 Muslims out of a total of 1,151 candidates), describing the Rohingya plight as “exaggerated,” a top aide’s dismissal of the Rohingya as “not a priority” for the NLD, silence and inaction in the face of Buddhist nationalist violence, jailing of interfaith and peace activists, her dismay at not being told that she “would be interviewed by a Muslim BBC reporter,” NLD religious affairs minister describing Muslims as “associate citizens,” denial of atrocities, silence in the face of massive anti-Rohingya protests, silence when state media describes Rohingya as “detestable human fleas,” claims ethnic cleansing is “fabricated,” claims that Rohingya rape testimonies are “fake.” This is some of what constitutes the negative side on the ledger of Suu Kyi’s actions. So it is not a surprise that many are disillusioned with her leadership and skeptical of her role as a champion of human rights and democracy.

To be fair, Suu Kyi has made it clear, she is not an icon for human rights, she views herself as a politician. That which passes as her positive actions, and which Mathieson makes a point to highlight have until now been mostly symbolic and have not translated into any actionable change or relief for the Rohingya. There is still some hope that a commission headed by Kofi Annan will provide dividends but it is still an open question if its remit will be fulfilled. It already lacks legitimacy in the eyes of many who point out that anti-Rohingya Rakhine officials have been appointed while not a single Rohingya.

The media’s silence on the genocide of Rohingya Muslims