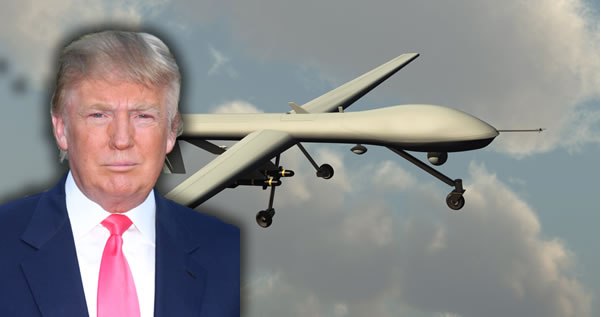 In 2013, the Obama Administration developed a “Presidential Policy Guidance” (PPG) document addressing the Administration’s policies surrounding drone warfare and targeted attacks. Initially classified, components of the document were released in 2016 following a lawsuit filed by the ACLU. The document codified an American drone policy coordinated almost exclusively at the Executive level. This “drone playbook” builds and expands upon the policies of the Bush Administration that were left previously undocumented.

The PPG designates the National Security Council (NSC) as the body that oversees ‘all operational plans’ related to the capture or killing of terror suspects as developed by the CIA and the Pentagon. The NSC is composed of White House staff that remains exempt from Congressional review. While the document does outline a rigorous process of intelligence review and analysis prior to the authorization of a drone strike, the process remains largely within the remit of the White House. Congress’ involvement is limited to the notification of “appropriate members” following a lethal or capture operation.

The PPG further extends power to these groups, and ultimately the President, to approve strikes in areas, and against groups, that the United States has not formally declared war against.

The document defines “high value targets” as approved for lethal action; however there are no details provided on the process of how such targets are chosen prior to a strike. In the event that there is insufficient information to deem a target “high value” and only a “fleeting opportunity” to strike, the PPG includes several presidential waivers to override this selection criteria.

Drone warfare is often cited as a more efficient, life-saving approach used to limit the impacts of war. However, the U.S. approach to drone strikes, as it is documented within the PPG, is defined by its flexibility and minimal oversight.

Though the document lays out the requirement that there must be “near certainty” that no civilian deaths will occur, official numbers released by the White House cite the civilian death toll between 64 and 116 in countries where the United States is not at war. Casualties in Iraq, Afghanistan, and Syria are not included. Figures put out by NGOs and other investigative groups however estimate the civilian death toll at up to 800. Covering from 2009 to 2015, official estimates place the combatant death toll anywhere from 2,372 to 2,581. By their own admission, the precision touted by the administration’s drone strikes still leaves a margin of uncertainty by over 200 “high value targets”.

The PPG’s flexibility and limited detail leave much of its practical implementation up to interpretation. The covert nature of United States drone operations has left an unknown, unconfirmed number of civilian deaths unreported. The Administration responsible is left with little to no accountability to the families and communities affected.

On January 21st the Trump Administration inherited this “playbook”. In the first weeks of his presidency, Trump executed his power to authorize a strike in Yemen that was largely planned during Obama’s time in office, but ultimately left to Trump to execute. He launched an attack that was reported as leaving one American Navy SEAL and 14 Al Qaeda operatives dead, officials initially denied any civilian casualties. It was later reported that at least eight woman and seven children aged 3 to 13 were also killed in the attack. The strike also left a school, a health facility, and a mosque “severely damaged“.

As Jameel Jaffer and Brett Kaufman of the New York Times argue, ‘In a democracy, the ability to use lethal force must be subject to clear and narrow limits, and the public must be able to evaluate whether those limits are being respected.’

The uncertainty, limited transparency, and incomplete reporting surrounding U.S. drone and targeted attacks currently allows for minimal levels of government accountability. Under the Trump Administration the American public remains presented with an incomplete picture of drone warfare and the costs of it.

Given the limited avenues for legal and Congressional intervention, opportunities to hold the White House accountable for its acts of war begin with public advocacy. The ACLU was successful in its fight for PPG transparency, such work is powerful and legal efforts should continue to fight for the release of government memos justifying drone strikes outside of war zones.

Initial goals for activist groups could include establishing policies that investigate and publicly acknowledge strikes that end in civilian deaths. In 2015, an American drone strike left two Western hostages dead; in response, the Government issued an official apology, launched an investigation and offered compensation to the families. Yemeni, Pakistani, and Somali families should be given the same courtesy. Funding and advocating for legal efforts to ensure our government is held accountable will remain critical in the coming years.

The White House’s self-designated ability to execute attacks from remote locations that extend beyond declared war zones, and target people based on criteria not available to the public or Congress, must not be allowed to continue for another four years.