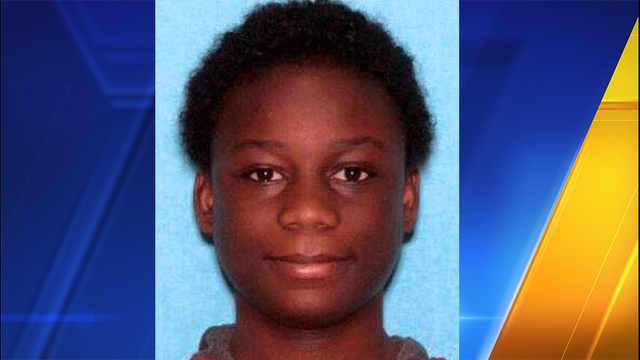 In late November, young Ben Keita went missing from his home in Lake Stevens, Washington, a small town an hour north of Seattle. “This kid vanished,” a detective told the local newspaper at the time. He was eighteen years old, and he left behind his car, his wallet and cell phone.

For more than a month, search and rescue crews combed through the forests near Keita’s home, and the local police department scoured surveillance footage of the city.


Ben Keita was black. He was Muslim. And in January 2017, his body was found hanging from a tree, suspended eight feet from the ground.

“He was planning to graduate this year from Lake Stevens High School,” Keita’s father Ibrahim told KUOW. “He was dreaming of becoming a medical doctor and work as a medical examiner. Now those dreams are over.”

Keita’s death was initially ruled a suicide by the Snohomish County Medical Examiner’s Office. Keita’s family maintains that Ben had no history of mental health issues or depression. A few weeks after its initial report, the Medical Examiner’s Office changed the classification of Keita’s death to “undetermined,” despite being hung with a fifty foot rope eight feet from the ground. And despite The United States’ legacy of lynching of Black people from trees by the same white supremacist groups that are feeling emboldened today.

In a post-Trump world, one in which countless mosques have been burned down, Jewish cemeteries vandalized, and immigrants carry fear in their hearts every day, it takes little imagination to connect the dots and imagine what could possibly cause the death of a young Black, Muslim teen.

“To be clear we don’t know what happened but we want a comprehensive investigation into [Ben Keita’s] death,” Arsalan Bukhari, the executive director of CAIR-Washington, told BuzzFeed News on Thursday. “This is the death of an African-American Muslim male teenager, and historically, we have had deaths in this manner to minorities that were not self inflicted — it had been inflicted by others.”

In the era between the Civil War and the Civil Rights Movement, thousands of African-American men and women were lynched by white mobs solely because of the color of their skin. “Lynchings were violent and public acts of torture that traumatized black people throughout the country and were largely tolerated by state and federal officials,” according to a report from the Equal Justice Initiative, a Montgomery-based racial justice organization. Tellingly, for example, the Senate never passed any version of the 200 anti-lynching bills introduced at the height of the racial nadir.

“These lynchings were terrorism,” the report states. Along with Jim Crow laws, they were a tool of reinforcing white supremacy in a time of supposed racial progress marked by the passage of the thirteenth, fourteenth and fifteenth amendments to the Constitution.

Keita’s parents, with support from CAIR-Washington, have asked the FBI to further investigate the circumstances of their son’s death, and ask the public to come forth with any information they might have.

We do not know why Ben Keita went missing more than three months ago. We do not know why search parties found no trace of him for months, only to find his body hung from a tree in an area that had been searched before. We don’t know why this happened.

We do know that the circumstances of Keita’s death invoke the memory of a long history of racial violence — a history that we might be able to forget most days, but one that resurfaces in the face of our collective amnesia.

In recent weeks, we’ve already seen our president engage in this kind of erasure and selective grievance. President Trump and his administration are quick to mourn (or in some cases create out of thin air) the victims of brown Muslims — hours after the news broke of an attack in front of the Louvre in Paris, the president tweeted about a “radical Islamic terrorist,” urging the United States to “get smart” on its immigration policy, in loud, capital letters.

Yet Trump’s reaction to the murders of six Muslims in a Canadian mosque at the hands of a white supremacist speaks to us through the smoke screen. The shooter is reported to have been a fan of the president and his far-right policies. He opened fire at the mosque on the heels of the President’s xenophobic and Islamophobic executive order on immigration.

Where were Trump’s trademark, caps-lock heavy tweets condemning this violence? Nowhere to be found. And his silence on the murder of Srinivas Kuchibhotla, an Indian man killed at the hands of a white supremacist, tells us that the lives and the pain of Muslims, immigrants, black and brown citizens, are easily forgotten and erased.

“Get out my country,” the shooter in a Kansas bar yelled at Kuchibhotla and his friend– men he mistook for being Iranian.

A country that reached its zenith before the immigrants arrived, before black men and women were freed from the chokehold of Jim Crow, and before Muslims were simply neighbors, friends, co-workers. This is the vision that Trump, sometimes explicitly, and always implicitly, has for America.

And it seems his followers are set out to create just that vision.