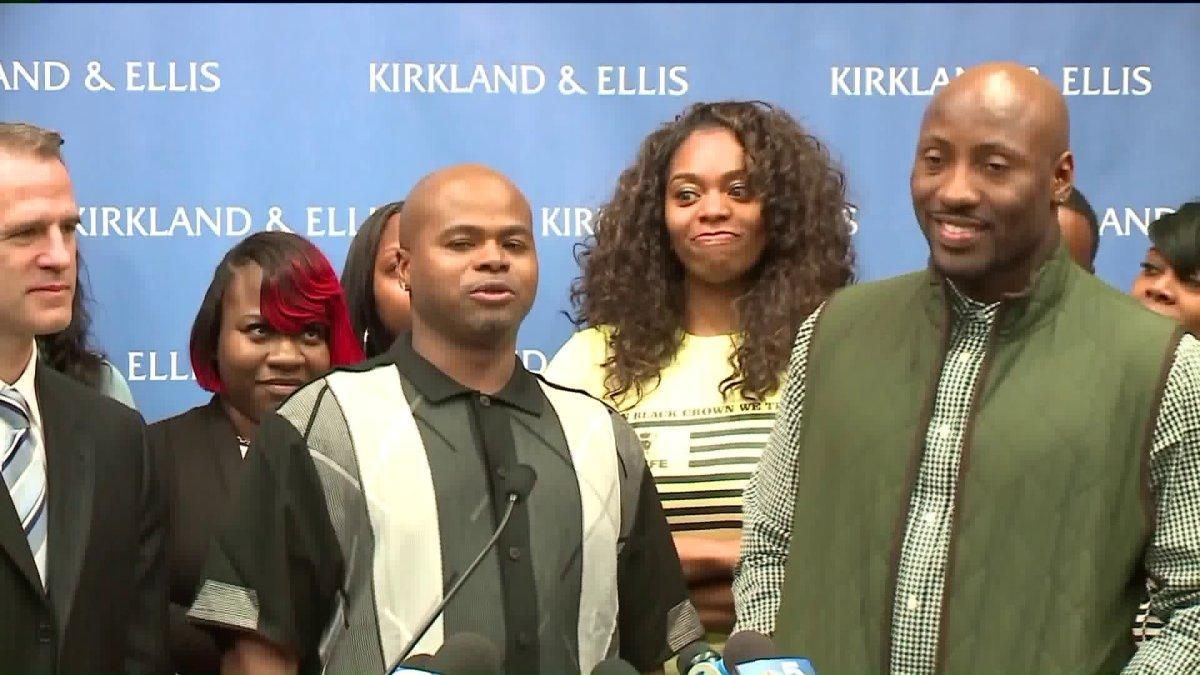 In a statement released to the press today, the Chicago Alliance Against Racist and Political Repression (CAARPR) praised the release three weeks ago of the “Marquette 4” – Lashawn Ezell, Larod Styles, Charles Johnson, and Troshawn McCoy after 22 years in prison for a crime they did not commit

“The release of these men is a victory in the struggle for justice for survivors of the crimes of Chicago Police Officers, corrupt prosecutors, and judges who turn a blind eye toward police crimes. Their release follows decades of struggle by their families and by dedicated attorneys who believed in their innocence. Johnson and Styles had been given natural life sentences.”

The newly elected Cook County State Attorney Kim Foxx dropped the charges against the four, known as the “Marquette Park 4” and ordered them released from prison three weeks ago. Two of the men had been granted new trials by the Illinois Appellate Court in 2013 after it was discovered that the prosecution in their 1995 trial had withheld fingerprint evidence that exonerated them. Outgoing State’s Attorney Anita Alvarez had declined to drop the charges against the men, in spite of the new evidence.

All had falsely confessed as teenagers to participating in a double murder of the owners of a South Side used car lot, after being questioned by CPD Officers Kenneth Boudreau, James Halloran, and James O’Brien. All three officers have been implicated in dozens of cases tainted by false confessions extracted through torture. All of their victims have been Black or Latino.

Lawyers for the four explained how the then-teenagers were coerced by Chicago detective James Cassidy, who has developed a track record of questionable confessions from kids.

“He has been involved in numerous false confessions that have cost men, women and children hundreds of years of their lives in prison,” said Steven A. Drizin, Northwestern University Law School.

The Chicago Alliance Against Racist and Political Repression greeted the decision of Foxx to drop the charges against these men, and encouraged her to continue the work of her special unit examining wrongful convictions, especially those based on false confessions. However, the Alliance also has called for the immediate freedom all victims of police torture. “These men should not spend another day in prison,” Frank Chapman, Field Organizer of the Alliance declared. “Every one of the more than 100 men who have alleged they falsely confessed under torture by known torturers should be released, at least on recognizance bonds while the State Attorney decides whether to continue cases against them.”

But even this is just a first step, Chapman declared. In addition, these known torturers and their prosecutorial aiders and abettors should be indicted and prosecuted for their on-going conspiracy to violate the civil rights of their victims. “We would like to remind State’s Attorney Foxx and the U. S. Justice Department that the statute of limitations on the crime of torture cannot start to run until the victims of the crimes are free and fully compensated for the loss of decades of their lives behind bars,” Chapman said.

The Cook County State Attorney has said that her office is currently doing a top-to-bottom review, and and looking at every case that has been referred to the convictions integrity unit.

The newly confirmed Attorney General for the Trump administration, Jeff Sessions, has only read a summary of the Department of Justice (DOJ) report of “systematic deficiencies” in policing, in addition to “racially discriminatory conduct” at the Chicago Police Department (CPD). In fact, he has questioned the veracity of the report stating it was “”pretty anecdotal and not so scientifically based.” There is little indication that the DOJ under Attorney General Sessions will be following through on any of the recommendations of the DOJ report that found decades of CPD abuse.

Given this stance of the Trump administration, there is no alternative but for the community and groups like CAARPR got continue to put pressure on the Chicago City Council to pass an elected police crime review board.

Fred Chapman called on the City Council to pass the proposed ordinance that establishes an all-elected Civilian Police Accountability Council (CPAC). Eight Aldermen introduced the ordinance into the Council last summer, but so far there has been no action on it despite tens of thousands of signed postcards that have flooded the offices of aldermen demanding its passage.

“The passage of CPAC will be a great strike for freedom,” Chapman stated. “It will end the current situation in which CPD officers can stop and frisk, arrest, and even murder people just because they are Black or Latino, because it will put the power to fire these officers and refer them for prosecution into the hands of the people.”