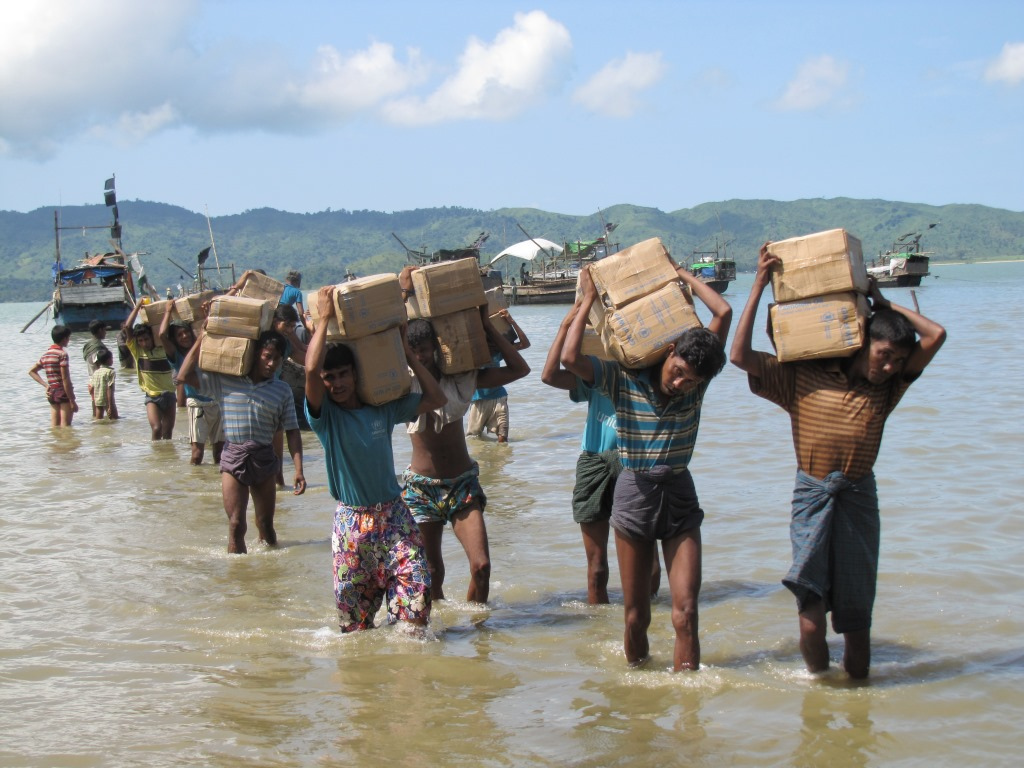 The Rome-based International Permanent Peoples’ Tribunal (PPT),will hold hearings in London on March 6-8 at Queen Mary University (LIVE Feed)  where evidence will be presented, and expert testimony heard on crimes committed by the Myanmar (Burma) state against persecuted Rohingya and Kachin minorities.

The Tribunal was formed in 1979 as a continuation of the earlier Russell Tribunal II, which held hearings on the crimes of Latin American dictatorships. Since that time the Tribunal has successfully completed 42 sessions. Each session takes up the cause of an oppressed people whose collective humanity and rights as has been negated or threatened by neo-colonial or allied forces and structures of power, and which international institutions and law courts have failed to address directly or provide the requisite moral relief. The values of the PPT are grounded in the Universal Declaration of the Rights of Peoples proclaimed in Algiers in 1979, based on the post-colonial experience and reality of “new forms of Imperialism that evolved to oppress and exploit peoples,” particularly those freed from colonization.

The Rohingya and Kachin have endured severe persecution by Myanmar since independence in the 1940s; for years activists from both communities have urged the international community and legal institutions to seriously push back against the crimes of the state. The Secretary General of the Tribunal, Dr. Gianni Tognoni, noted this, saying “The gravity of Myanmar’s alleged mistreatment of these ethnic communities has been a concern for us at the PPT for a number of years. My colleagues and I are glad to be able to respond positively to the victims’ request for a credible moral tribunal on what appear to be international crimes being committed by the government of Myanmar.”

Credible reports by Queen Mary University’s State Crime Initiative, Yale Law School and numerous rights organizations such as: Fortify Rights, Human Rights Watch, Burma Task Force and others presented evidence of crimes and violations of basic human rights pointing to strong evidence of a genocide against the Rohingya. Since October, when Myanmar’s army initiated a so-called “clearance operation” in Rohingya areas, there has been an escalation in the genocidal process: thousands have been killed, tens of thousands displaced, whole villages have been burned to the ground, many Rohingya men have been disappeared, hundreds of Rohingya women have been raped, and mosques have been leveled. All in the name of fighting an insignificant “insurgency” that’s been dubbed by the government as “terrorist.”

Likewise, the Kachin people, have faced the brunt of state repression for decades. The Myanmar army has pillaged whole villages, committing mass atrocities along the way, hundreds of thousands of Kachin remain displaced due to this and are vulnerable to extreme violence, Churches have been destroyed and forcibly taken over. The Kachin face numerous restrictions on their movement, access to food, and other basic necessities such as health, education and welfare. Just like the Rohingya, the Kachin make up one of the greatest number of refugees fleeing Myanmar for safety in other nations.

Representatives of the Rohingya and Kachin communities will “bring forth the charges before the jury panel that the Myanmar government is committing crimes under international law, such as war crimes, crimes against humanity and genocide.” The Dalai Lama and numerous human rights organizations are either participating or given their backing to this process. The hope is that when the verdict is presented the swell of coverage will be enough for those who have abetted, sat on the sidelines or denied the crimes against the communities to change their belligerent attitude and insidious activity.The Rohingya and Kachin demand and deserve an end to their oppression, and may the Tribunal be one more salvo in the necessary change that leads to them achieving equality and liberty.