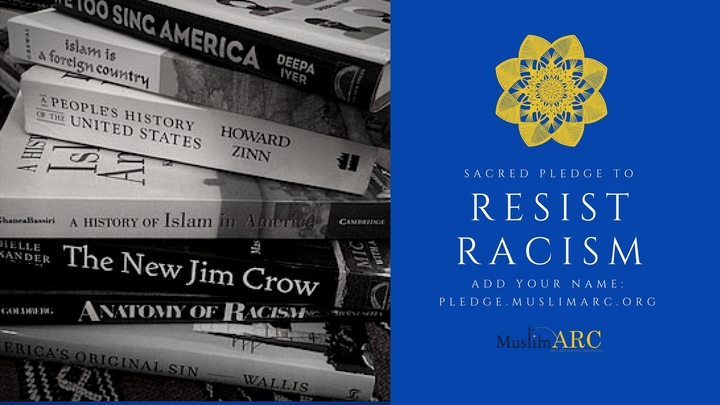 The Muslim Anti-Racism Collaborative (MuslimARC) launched the Sacred Pledge to Resist Racism this week, to encourage people of all backgrounds and faiths to work together in combatting racism in all its forms.

MuslimARC recognizes the importance of fulfilling our creator’s mandate to fight oppression through sacred resistance; we pledge to lead the way towards ending racism. Out of our moral obligation to embody the principles of justice and human rights, we commit to protect and preserve the dignity of all, and uplift the most vulnerable in our society,” MuslimARC wrote.

Launching the global online campaign, MuslimARC’s targets 10,000 people to take the pledge and build an interactive, inclusive environment of resistance based on mutual respect and appreciation. 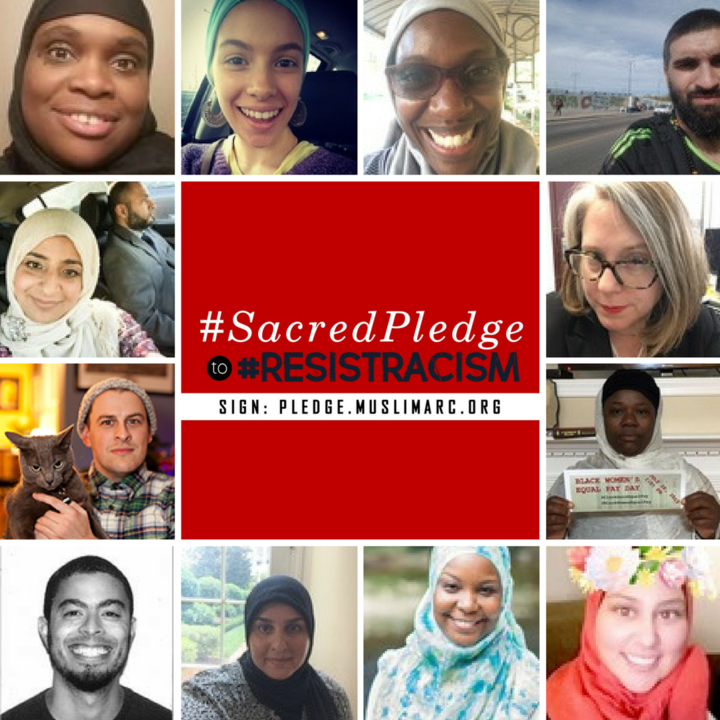 Signatories who took the pledge committed themselves to fighting racial oppression with open hearts as well seeking knowledge and creating caring and supportive environments.

Pledge signer Ramon Mejia explained the importance of Muslim involvement in an attempt to root racism out of the society.

“It is our responsibility, as Muslims, to remove all obstructions from the road of life’s travelers. In our lives, as well as part of a wider community, we must sincerely and directly address these obstructions, like anti-Black racism and racial hierarchy.”

With racism remaining a key problem for Muslims, initiative like the sacred peldge came to alleviate marginalization of minority populations through solidarity.

According to the Southern Poverty Law Center (SLPC), there are 917 hate groups operating in the United States with over 100 anti-Muslim, over 400 anti-Black/White Supremacist organizations.

Many American Muslims find themselves targeted because of their race or national origin in addition to their religion.

Racial tensions increased across the country after the 2016 presidential election. There were over 1,000 hate crimes reported to the SPLC immediately following President Trump’s inauguration, the most targeted groups being immigrants (315) Blacks (221) and Muslims (112).

The violence continued into 2017. Last month, White supremacist James Jackson murdered Timothy Caughman after traveling from Baltimore and to New York to make a statement by killing a Black man.

Americans continue to search for solutions to racism and hate. Bill Chambers said that it is important for everyone to begin to fight racism on a local level.

Muslims across the country and world took the Sacred Pledge to Resist Racism. MuslimARC asked American Muslims to share their reasons for taking the pledge.

Many Muslims cited their dedication to fulfilling Islamic mandates toward fostering social equity and fighting oppression.

I took the pledge because our beloved Nabi sallahu alayhi was salaam, wasn’t racist, so why shouldn’t we be? – Shariah Jameelah

I took the pledge because I believe that living Islam fully means standing up for justice in whatever ways I can and rejecting systems of oppression (dhulm) like White supremacy. – Laura Poyneer

I signed the pledge because Allah clearly commands us through the Qur’an to “stand firmly for justice” (4:135), which includes standing firmly for racial justice.” Lindsay Angelow

Noble intentions of ensuring justice and dignity for their fellow humans is a positive part of stemming racism, but it is crucial that people seeking racial equality and equity engage in crucial anti-racism education.

Anti-racism education is important to knowing how racism affects political and social interactions and acquiring the methods to resist it.

People also said that they took the Sacred Pledge as part of their efforts in seeking knowledge to be a part of the solution to curb racism.

I took the Sacred Pledge to Resist Racism because I can always learn more, engage more, and work more to end racism within my community. – Tannaz Haddadi

I pledge to #resistracism because structural racism is cancer in our society that some deny even exists. I hope that by using Islam as my guide and framework, that one day I can help be a part of the dismantling of racism and racial prejudices.” – Sabina Khan-Ibarra

I signed as a conscious way to dedicate my commitment to MuslimARC’s mission and goals and to join a community of fellow signers who want to achieve the same things. It’s just an extra level of awareness. – Fatima Price-Khan

MuslimARC continues to collect the names of people making a Sacred Pledge to Resist Racism.

This article originally appeared in AboutIslam.