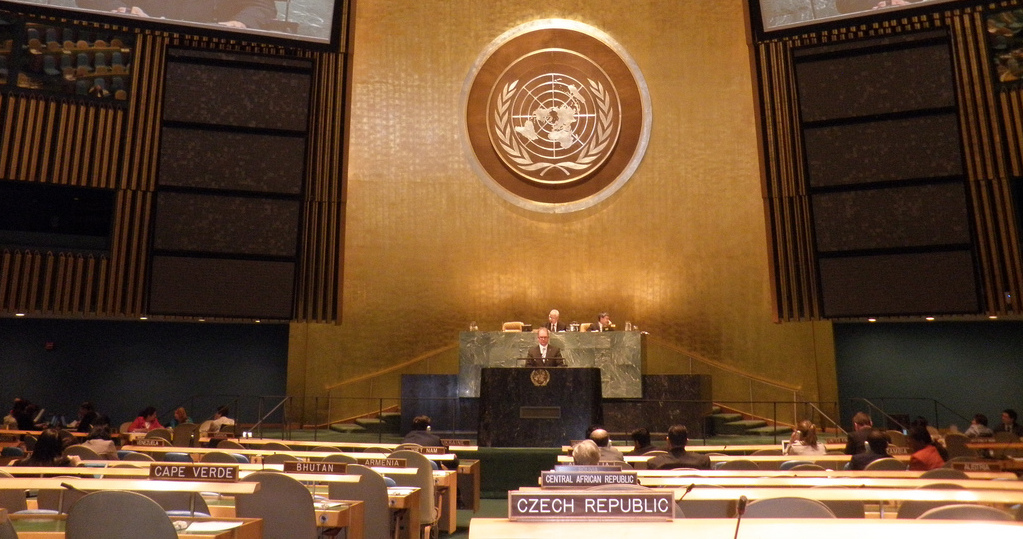 Following World War II and the Holocaust, leaders around the world claimed that the global community could never again allow such a blatant disregard for human life. The International Criminal Court (ICC) was created with the purpose of combating and preventing these crimes against humanity, and holding the perpetrators of these crimes accountable. Crimes on the scale of mass atrocity can often be difficult to prosecute, and the ICC was designed to be a legal body that could take on incidents beyond the capability of domestic governments.

Since its creation in 1998, the ICC has faced criticism regarding many facets of its operation. Not only has the court been condemned for its tendency to overwhelmingly try African leaders, but also for its submission to Western powers in general.

The treaty that ratified the ICC is known as the Rome Statute. As of March 2016, over one hundred states are members of this treaty, except for an important few: the United States, China, Japan, Israel, Russia and India never ratified the treaties. Therefore, they cannot legally be prosecuted by the Court.

The free pass that these countries receive with regards to international jurisprudence undoubtedly leads to a disproportionate representation of African countries in the court’s caseload.

The U.S. has opposed the court since its beginning, out of fear that U.S. soldiers and military personnel could be targets for politically motivated prosecutions. In 2002, President George Bush signed the American Service-Members’ Protection Act (ASPA) into law. The basis of the legislature was to intimidate the countries that ratified the Rome Statute. It authorized the use of military force to liberate any American citizen or citizen of a U.S. allied country being held by the court. Congress has also signed agreements with dozens of national governments, pledging them not to hand over U.S. citizens to the ICC.

The U.S. remains one of the largest proponents for international justice, all the while overlooking the negative implications of its own actions or those of its allies, such as Israel or Bahrain. ICC convictions of prominent African figures have been regarded positively by the West, but a similar execution of justice on a U.S. citizen would absolutely not garner the same reaction.

In fact, the US already has a precedent of simply rejecting unfavorable judgements from international courts. In 1986, the International Court of Justice ruled that the US’ support of Nicaraguan contras was illegal. When Nicaragua announced that it would subsequently sue the US government for $1 billion in damages, the US attempted to discredit the ruling by saying that one of the judges was a Soviet puppet.

The ICC has pursued investigations in the Democratic Republic of Congo, the Central African Republic, Cote d’Ivoire, Kenya, Libya, Mali, Sudan and Uganda. However, the Office of the Prosecutor has received detailed information about volatile human rights abuses in other regions of the world, including places like Afghanistan, Iraq, Palestine, Venezuela and Colombia. Just this past year, governments in Burundi, Gambia and South Africa petitioned to leave the ICC due to the inordinate number of investigations in Africa.

The question of whether or not the ICC disproportionately targets African states, though obvious, cannot be answered simply. There are many aspects to consider regarding the larger purpose and scope of the organization. Close to one third of the countries that have ratified the Rome Statute are African nations, but again, the question of why Africa has agreed to subject itself to the power of the court is implicated by a long history of global inequality, colonialism and imperialism that has instilled conflict and corruption in developing states.

For example, in the DRC (in which ICC investigations opened in 2004), conflict minerals have been the cause of brutal war and violence for decades. Substances like coltan, tin and tantalum are used in electronics like cell phones and laptops, which eventually find their way into the hands of American consumers. Overall, simply prosecuting the political crimes outlined in the Rome Statute (genocide, crimes against humanity, crimes of aggression, war crimes) doesn’t address the root causes of economic motivations, inequality and colonialism that lead to human rights violations.

Proponents of the court argue that supposed bias simply comes as a result of the ICC’s strict rules and guidelines. The ICC can only prosecute crimes that occurred after July of 2002 and that fall under the definition of war crimes, crimes against humanity and genocide. Furthermore, only states that have ratified the Rome statute can be investigated without the additional approval of the UN. In response to this argument, it is essential to address the underlying structures of inequity that led to the formation of the ICC. This inequity makes the court out to be a tool used to disproportionately police African states, rather than influential economic powers.