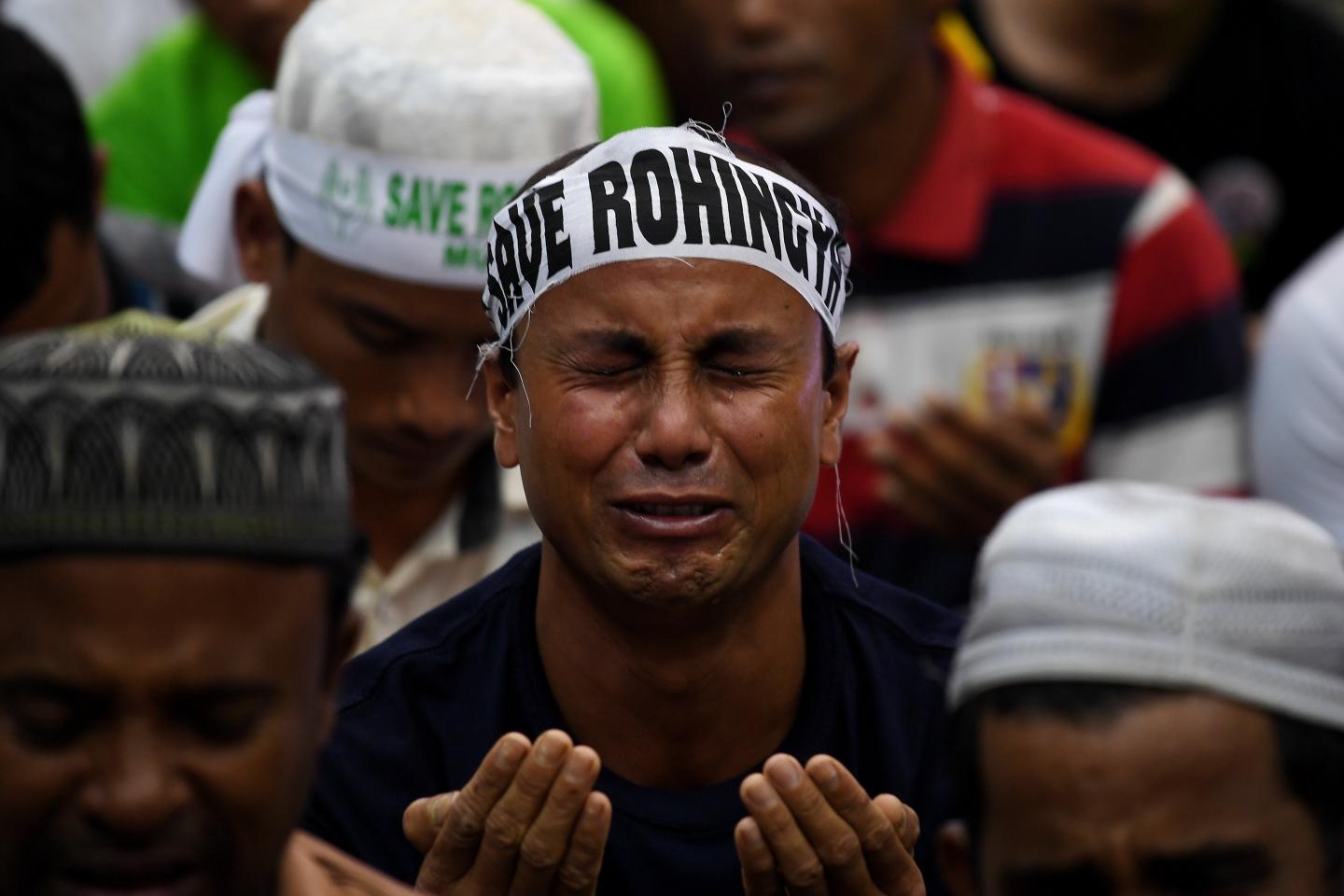 Persecuted ethnic minorities within Myanmar have sustained continuous armed resistance against the repressive hegemony of Myanmar’s predominantly Burman ethnic and Buddhist military since the independence of the country from British colonial rule. The Kachin, Karen, and Shan minorities are amongst the dozen ethnic groups that have fought Myanmar for self-determination for over 60 years .

In contradistinction to their fellow ethnic minorities, the Rohingya Muslims, throughout the history of their struggle for self-determination and basic human rights, have maintained a struggle against oppression and violence without a single initiation of credible or significant militant threat in Myanmar — with a brief exception in the 1950s.

“The Rohingya struggle has for decades been lead by a call for citizenship, equality before the law and seeking justice – not violent militancy.” Says Imam Abdul Malik Mujahid, Chair of the Burma Task Force in Chicago.

Instead of heeding this call for basic human rights, the Myanmar military has stripped the Rohingya of citizenship, dehumanized them at every turn, and perpetrated a slow burning genocide that has seen the Rohingya population dwindle from 5 million in the 1970s to less than 2 million today.

As countless human rights reports document, tens of thousands of Rohingya have been killed; raped; and socially, politically, and physically erased from their indigenous lands in Burma. Rohingya refugees fill camps in neighboring countries where they are unwanted, treated poorly, or experience severely restricted human rights.

Despite an increasing campaign of awareness and statements of condemnation against the Myanmar government and military by the UN and conscious leaders across the world, Myanmar continues its genocide of the Rohingya.

Last year an unknown group calling itself the Arakan Rohingya Salvation Army (ARSA), a barefoot group of militants armed with little more than machetes and a few rifles, claimed it would end the oppression of their Rohingya brethren through armed struggle. Of course, it’s more than understandable that such a group would emerge in reaction to, and within the context of, escalating state-based persecution and the inability and unwillingness of the international community to intervene. International law and the Geneva Conventions reflect the common sense moral right to fight in self-defense and against the destruction of one’s community, culture, and homeland.

However, Rohingya leaders are in agreement that the cause of justice for their people is not served through armed struggle. Indeed, last year the Myanmar military initiated a 6 month long operation under the pretext of rooting out “terrorists” that devastated Rohingya communities through the use of overwhelming force that targeted Rohingya civilians. The UN reported over 1,000 deaths, 52% of Rohingya women reported being raped, dozens of villages were burned to the ground, and 75,000 Rohingya fled to Bangladesh.

Right now, the military has reignited the operation. Footage is coming in of mass casualties, indiscriminate violence, and countless deaths. The timing of the operation has been questioned by activists. “It appears that the military operation has been timed to coincide with the release of the report by the Kofi Annan Commission to divert attention away from its findings and recommendations” said Malik Mujahid.

Cynical attempts by the Myanmar’s military to portray the Rohingya as extremists and terrorists will not hold up in light of the facts: the Rohingya struggle has been, and is exclusively, a non-violent demand for citizenship, justice and human dignity. No amount of lies, guns, and genocide will erase that fact.